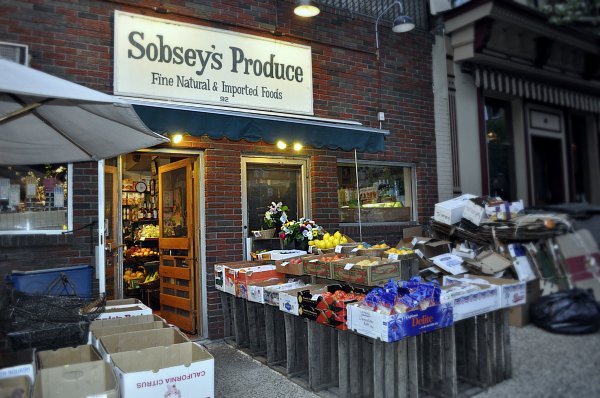 Michael Sobsey looks the part of locavore, clad in a flannel shirt and khakis, moseying around his Hoboken produce store like he’s wandering the farm, tasting a cherry tomato here and a rare tangerine cross-breed there.  He beams when he talks about a hard-fought order of avocados he’s got in stock.

“The fattest around,” he smiles. “People go crazy for these.”

Sobsey is the organic guru behind Sobsey’s market, the go-to spot for Hoboken foodies, environmentalists, and unsuspecting pedestrians lured in by the handsome, soil-speckled fruits and veggies outside his Bloomfield Avenue stand.

Sobsey, who got his start at a farm co-op in the mid 70s and opened his own farm market in Hoboken in the 80s, meticulously chooses every single kumquat, Chilean pear, and early New Jersey asparagus in stock. He is adamant about keeping his community healthy, and offering organic, local, and gourmet choices that he would feed his own family. 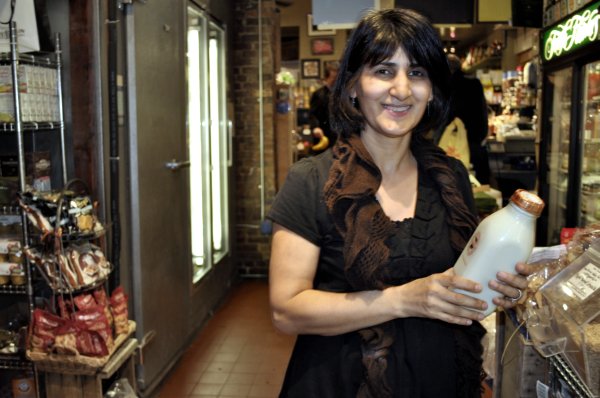 “His conscience is behind every item in this store,” explains Sobsey’s wife, Sohiela, who encouraged Sobsey to open the shop in the 1984 after seeing his passion for good eating. Now, her brother, Syamak Ayoubi , helps run the store with them. “They taste every single thing in the store,” she says.

Long before Whole Foods started displaying “Local” and “Organic” signs on their goods, Sobsey marked each bin in his store with hand-written note cards explaining where the item comes from, whether it was grown conventionally or organically, and what specific breed it is.

But Sobsey doesn’t need the cards—he can tell you exactly where each carrot, green bean, and avocado came from off the top of his head, and why.  When customers drop in at night, he’ll greet them by name and tell them what’s good that week, and that week only.

“I get people coming in looking for local vegetables in February,” he smiles, “and I realize they don’t really understand where their food is coming from. I like to tell people where we get things, and why.” 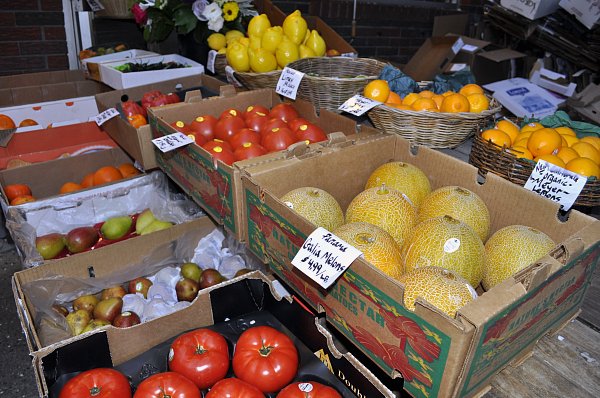 Two or three nights a week, Sobsey drives to the Hunts Point produce market at 3:30 in the morning, shopping among familiar vendors for the best produce that week, whether it’s from upstate New York or the Belgian countryside.

But for him, the things Sobsey’s Produce offers are just as important as the things it doesn’t. A sign inside the shop reads, “No antibiotics. No hormones.”

What you will find, then, are apples—fresh or dried, depending on the season—from a farmer in the Hudson Valley, Woodstock Granola sent by UPS each week from a small producer, and fish from a Montauk-based fisherman whose picture is taped up at to the register, next to photos of Sobsey’s kids.

Of all the locally-sourced produce in the store, Sobsey’s favorite—and mine—is Ronnybrook Farm’s milk and dairy products. The milk, bottled straight from the cows on a family farm in the Hudson Valley, tastes little like conventional milk, with a thick cream line and fuller body than the watery supermarket version. It comes in a glass bottle, which you politely wash out and return to Sobsey’s for $1.50 when you’re done. It feels nostalgic and healthy and neighborly—all in one bottle of milk. 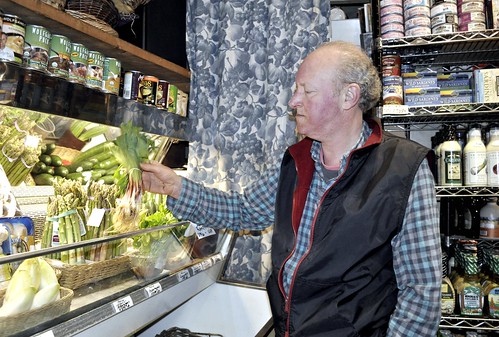 Still, for $4.50, a quart of Ronnybrook Creamline milk is almost four times the price of conventional milk, and Sobsey’s gourmet, international, and organic selections can add a hefty chunk of change to a family’s grocery bill. For some, this means Sobsey’s is the place to go for special dinners, Sohiela tells me, to impress guests or mark a special occasion.

But wandering the market—which has expanded three times in its 20-year history, as larger grocers have come and gone from Hoboken—with a wire basket in hand and farm-made milk and cheese behind every refrigerated door, you realize there might have been a time when this was the norm: a market owner that knows your name, produce driven into the city from the farms surrounding it, and milk bottled on a family farm you can almost see from Hoboken’s waterfront. It begins to feel like, perhaps, you can imagine where all this food actually comes from, and the people who work to bring it to your plate. And maybe that’s worth spending the extra few dollars on, which is exactly how Michael Sobsey would like it.

Colleen Curry is a Jersey Bites Regional Editor for Hudson County where she’s busy trying every restaurant in Hoboken.   She is also a hyperlocal web editor for the Asbury Park Press, exploring community news and citizen journalism in Freehold, New Jersey.