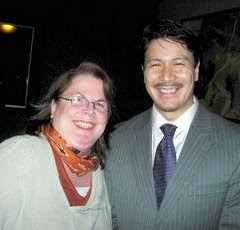 Last week, Elements restaurant in Princeton held a unique and memorable 8 course tasting menu to inform a select group of food enthusiasts about a new species of fish called Kindai Fish. This exciting new species of Tuna is hatched and raised in ocean cages off the Japanese coast, a solution we have yet to grasp in our country to help alleviate over fishing, polluted waters, and millions of hungry fellow human beings around the world.

As we arrived, parked, and entered through the glass door, a moderately filled area around the bar was buzzing with diners. Wait staff quickly greeted us with a tray of fluted sparkling sake which was not too dry, and just right to start the evening. Soon plates of 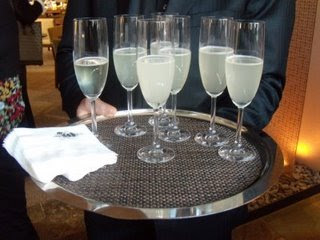 three or four appetizers began to circle the room. Kobe Tartare stuffed Shishito peppers (favorite), Foie gras torchon, Caviar and Tator Tots, as well as Peterson’s Charcuterie of the evening on crostini to name a few.

The crowd began to filter to the dining room as many were ready to sit and relax after a long work day. Nick Sakagami of Trident Marketing, Inc. was being interviewed by a familiar face from the original Iron Chef Food Network show. (That’s me with Mr. Sakagami in the picture above.) Sakagami is responsible for importing the Kindai fish and one of the largest distributors of Tuna in the country. 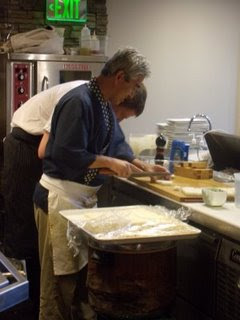 After all were seated, Chef Owner, Scott Anderson, entered the room and introduced the key parties involved in pulling off this unique dining experience as the wait staff began their quest to serve the crowd.

Dinner finally began to appear slowly but surely. A plate of Sushi and Sushimi to start. Feeling there was a key element missing from this dish, I lifted several pieces of sushi to see if a hidden sauce was present. Fish may shine on its own at times, but in this Chef’s opinion, a little dehydrated soy-miso-hoisen sauce would have given it a little more kick. Each dish had an addition of libation pairings to go along, and the Chokaisan, Junmai Daiginjo, Tenju Shuzo Brewery Sake were a perfect match.

The second through the fourth course slowly arrived as most 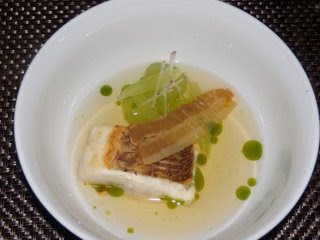 of the room seemed to patiently sit, conversing over wine or cocktails which may or may not have been paired with the course. We dined on dishes of Shima Aji with tequila vinegar, smoked maple steel head trout roe along side tiny cubed Stayman Winesap apples, Madai in green goddess consomme with cucumber and parmigiano, Kampachi that is coffee cured along with Tokyo scallion that seemed seared and oh so yummy! 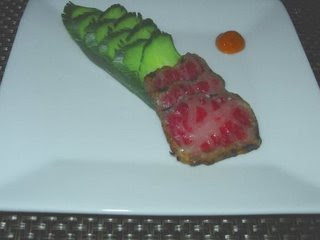 After that fifth course, the dishes came in a more timely manner and I have to mention that Chef Anderson who is from Florida likes his chicken skin as much as this Southern girl. He created a dish of Mahata that was wrapped and cooked in chicken skin to absorb some of its flavor, and set atop creamed corn with a piece of dehydrated BBQ sauce in the corner. The taste was very nice I might add. 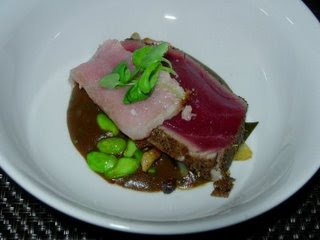 One of my favorite dishes of the night was the Wagyu Beef (‘Wa’ means Japanese and ‘gyu’ means cattle), with white miso and yuzu reduction. Lets just say the beef with its natural flavor and marbling literally melted in your mouth.

Next came the Bluefin (loin) Bourgogne which was “What the meal was all about” according to the waiter. This dish was a bright bowl of color; carrots, edamame and silky pearl onions, cuddled the thick slice of loin on top of the bourgogne sauce made from a short rib base with a piece of Otoro artistically placed on the loin.

The final two courses were Fish & Chips and Chocolate Cube with cardamom sponge (looked like sponge, but it was a cake) along with a creamsicle side and crushed pistachio. The fish and chips were fun as you tasted the thinly sliced tuna tasso with the potato chip ice cream’s silky smoothness and crunchy bite, and off to the corner was the cute little dab of malt vinegar caramel. A great ending to a wonderful education.

What Scott along with Nick Sakagami did was introduce a full house of diners to the concepts and flavors of Japanese cutting edge fish breeding by way of the Kindai Tuna (listed on Elements website). Elements is the fourth restaurant in the United States to receive the Kindai certification plaque, (and the first non-Japanese restaurant).

Nick Sakagami and I had a chance to chat after the dinner came to a close. He touched on something I would like to emphasize here; fish in his country of origin is treated with respect. Once introduced to the palate it must be in perfect harmony with its surroundings, preparation, and plating to be truly appreciated. I look forward to seeing what other fantastic species of Japanese fish Nick Sakagami brings to our table! 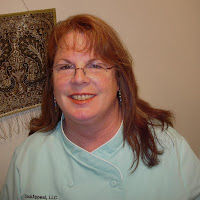 Elizabeth Stelling is a working chef as well as a published writer and poet. She hails from Texas where she studied writing and art from an early age as well as culinary arts. Her passion is traveling and working in various ends of the food industry. Elizabeth now teaches culinary classes at a private school in Trenton through her business CookAppeal, LLC in Princeton, New Jersey where she now resides.