Cider Fest at the Stockton Market 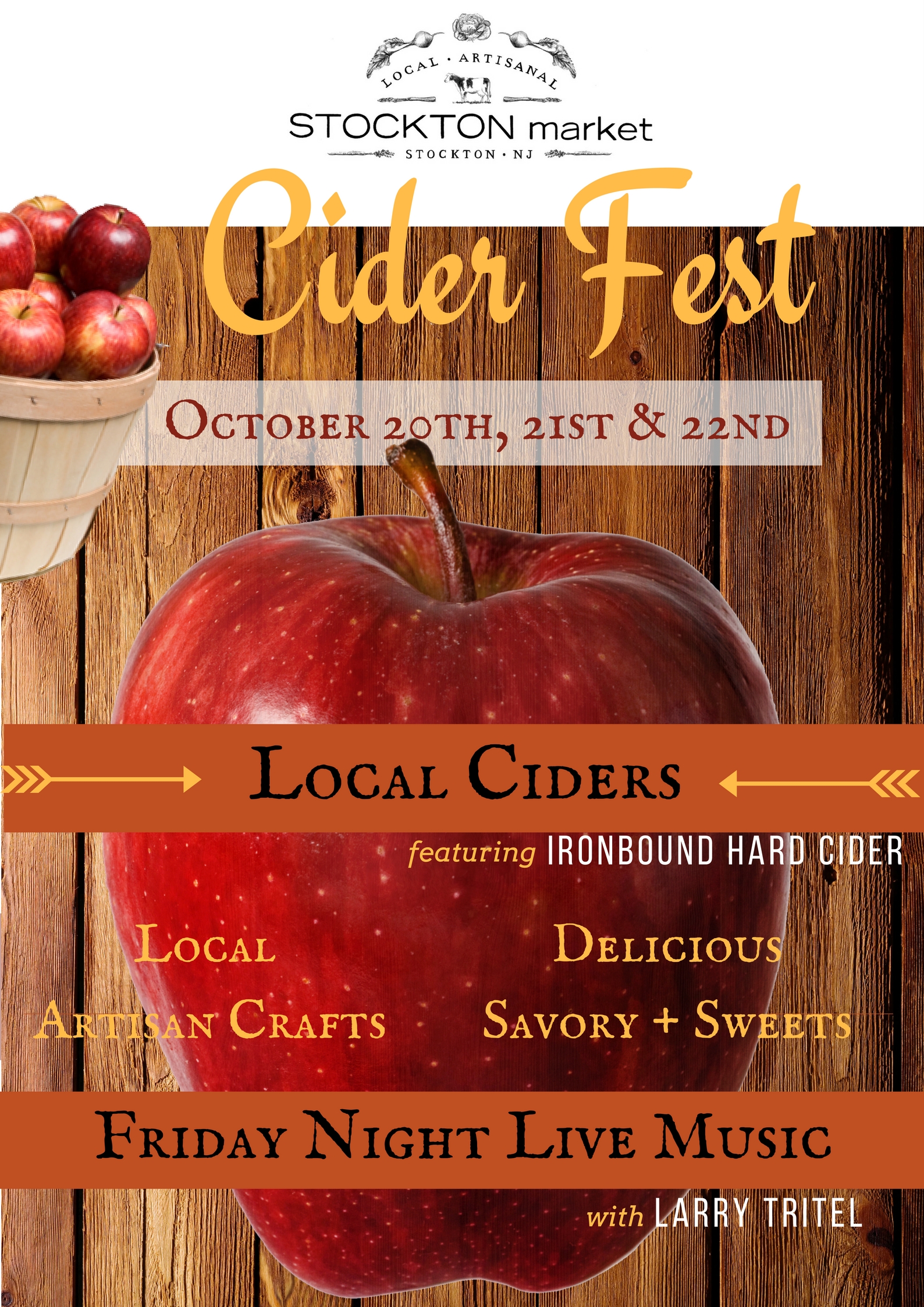 Join Stockton Market and New Jersey’s own Ironbound Hard Cider for CIDER FEST, this October 20, 21 and 22. Sip and savor Ironbound’s variety of boozy apple elixirs, pressed from apples grown on regenerative orchards of New England and the Mid-Atlantic. New Jersey was known for supplying the best cider in the colonies before it was even called New Jersey—and Ironbound stays close to its roots—literally. They are growing ancient apple varieties that cidermakers in Colonial America used for their infamous ciders of old.

Blue Moon Acres will be selling all kinds of delicious apples from Tabora Farms of Perkasie.

We start Cider Fest off right with Friday Night Live Music on Friday the 20th, featuring local artist Larry Tritel. A passionate guitar player and an aficionado of all the great songs, Larry brings easy-listenin’ nostalgia and wonderful music to the room… all you have to bring is yourself, your friends, and good cheer! The great tunes, legendary cider, and delicious foods will all be here waiting for you.