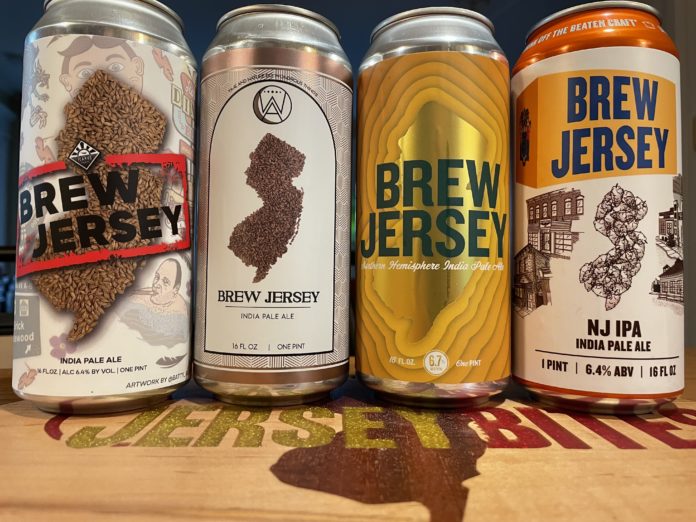 For the each of the last five months I’ve been highlighting four different great New Jersey beers as a show of support for an industry that’s seen some significant challenges over the last couple of years. In the immortal words of Monty Python: Now for something completely different.

And by different, I mean the same. Sort of. Let me explain.

The Brewer’s Guild of New Jersey helps support, protect, and promote the Garden State’s craft breweries. The Brew Jersey project was created to give back to the guild. Participating breweries are producing Brew Jersey IPA as a fundraiser to support the guild. Craft brewers are notably very charitable but this time they are investing in their own future as industry. I started this series of articles, in part, as a way to explore NJ beer and learn about new breweries.

This month, it’s more about supporting them. So I picked up samples of Brew Jersey from four local breweries. For a complete list of participants, check out the Brewer’s Guild of New Jersey’s website.

Kane Brewing actually brewed two versions of Brew Jersey. The Southern Hemisphere version showcases hops from … you guessed it: the Southern Hemisphere. I chose the Northern Hemisphere variant, which revels in those Pacific Northwest hops that originally lured me into the world of IPA so many years ago. The light straw color belies a fairly rich body and the tropical fruit notes are foiled a bit by a slightly dank and earthy nose. 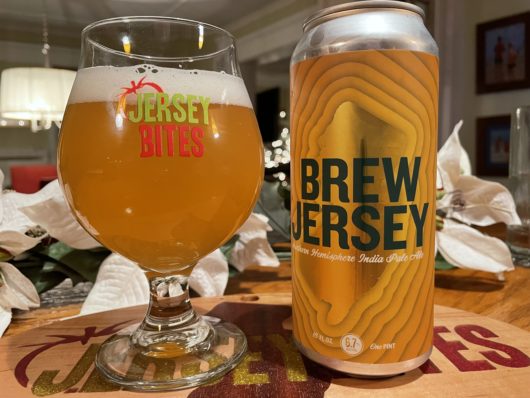 Icarus Brewing led the charge on the Brew Jersey project and created the open-source IPA recipe that is available across the nation for any brewery that wants to participate. Indeed, some out-of-state breweries have pitched in. New England IPA fans will love the big tropical fruit nose: Think papaya and mango. There is just enough lingering bitterness to keep this vessel from completely rolling over to the sweet side. The viscosity from a heavy dose of wheat and oats puts this right in Icarus’s wheelhouse. Congratulations to Icarus for initiating the effort and for a great beer! 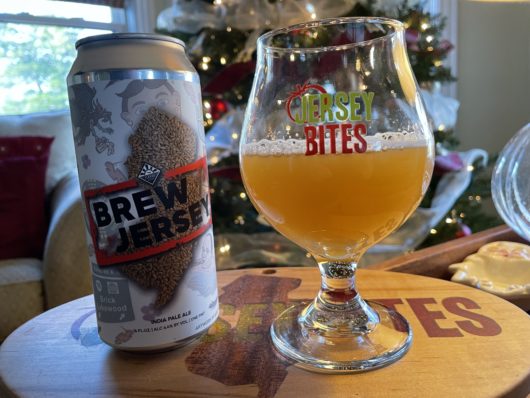 IPA isn’t really the raison d’etre of Asbury Park’s newest brewery. Wild Air Beerworks is all about lagers and wild fermentation but they’ve joined the cause anyway. As it turns out, they know their way around an IPA as well. You really can’t go wrong with Citra, Cascade, and Azacca as a hop profile. It’s a New England hazy IPA that leans a little to the West Coast style and is pretty crushable. Wild Air’s eclectic tap list and taproom decor most certainly make them worth a visit too. 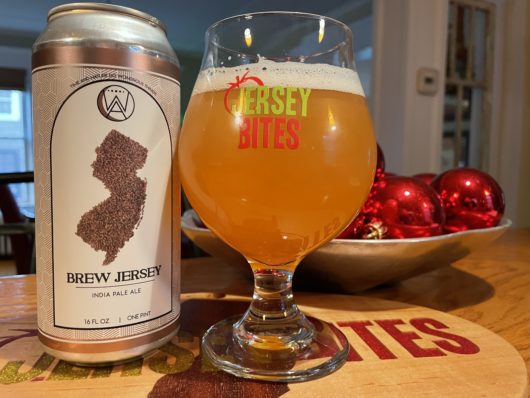 The folks at Carton Brewing will tell you that there is such a thing as a Jersey IPA. A key ingredient of that style is the Kolsch yeast they use for their flagship beer, known as Boat. This style of yeast keeps things crisp and dry which really highlights the citrus and earthy characteristics imparted by Carton’s choice of hops. Their version of Brew Jersey fits right in with their “Jersey IPAs” series, which is entirely appropriate — and tasty! 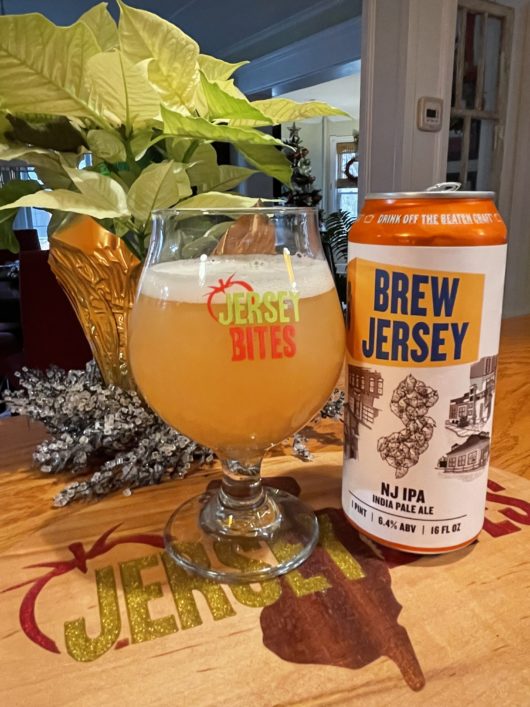 Over 30 breweries are participating in this fundraiser to support the Brewer’s Guild of New Jersey and many of them will release their versions of Brew Jersey over the next couple of months. Check the website for release dates.