It’s hard to believe I’m already through the first quarter of my year of drinking Jersey. If you’re just tuning in, back in July and in the wake of an NJ ABC ruling that imposed restrictions on the state’s breweries, I decided to spend a year exploring the New Jersey beer scene, one beer at a time.

Sure, September is summer for the locals, but it also means Oktoberfest. The most famous celebration of beer actually runs September 17 to October 3. It features a rich, copper lager known as Marzen (German for March). The beer is brewed during that month, then lagered (or aged) all summer, to be tapped in September.

And you don’t have to travel to Germany to partake in the celebration! You can don your lederhosen right here in New Jersey and enjoy some great examples of Oktoberfest Marzen lager! 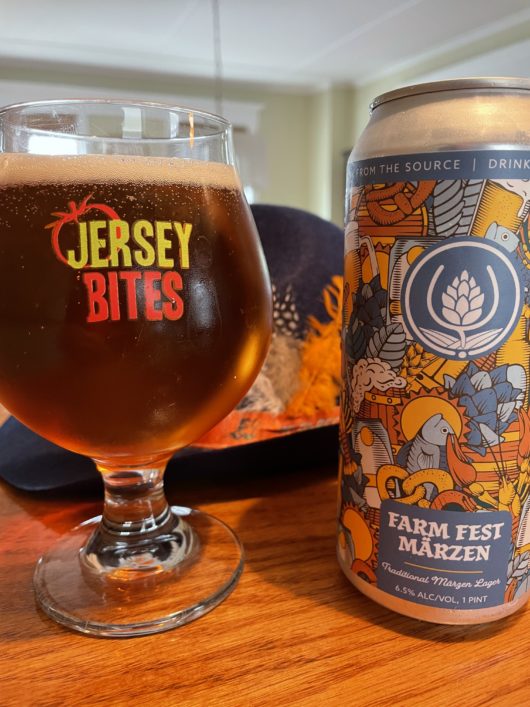 Fall at the rustic barn vibe of Source Brewing is pretty special. It’s at once airy and cozy. Their Marzen is the color of turning leaves, has a distinct caramel nose, and finishes crisp and dry. The toasty malt character would go great with grilled brats and a football game. How about a more adventurous pairing? Source is located just next door to the legendary Delicious Orchards and their fall favorite, apple cider donuts. Anything goes during Oktoberfest! 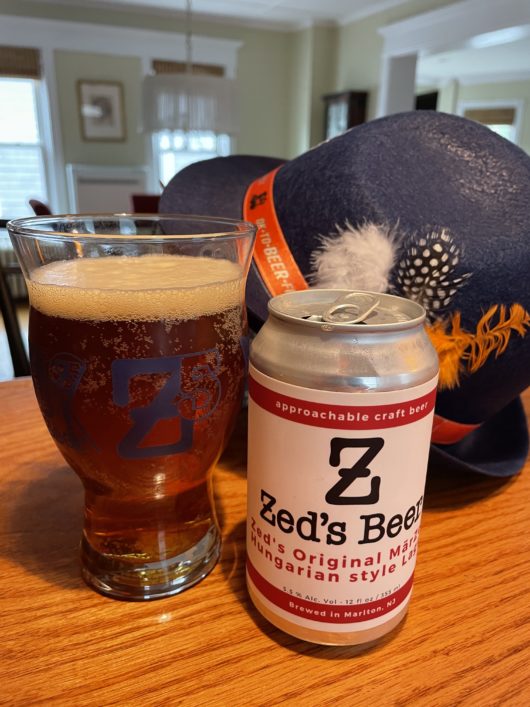 Dubbed “Hungarian style lager,” this Marzen features ingredients that would have been available to Hungarian ancestors over a century ago. (And yes, they actually consulted a historian!) Vienna, Munich, and Pilsner grain give it a toasted nut character while the the noble hops keep it clean and crisp. Zed’s keeps things approachable and technically on point, but not boring. To heck with the brats, bring on the goulash! 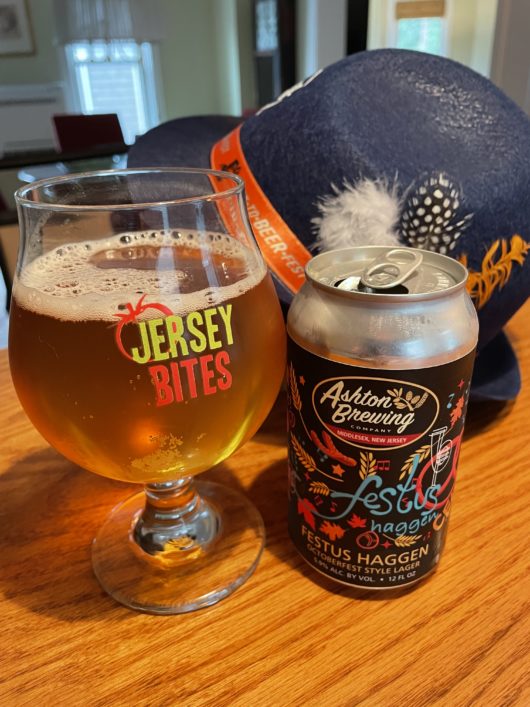 Ashton Brewing could not have timed its opening much worse, as we have discussed here at Jersey Bites. Opening during — and surviving — a pandemic is cause for celebration and that is certainly how this team approaches Oktoberfest! Costumes, blue and white Bavarian banners, stein-holding contests, and a special oak firkin tapped by the mayor himself all contribute to a festive atmosphere. So does Festus Haggen, their Oktoberfest sytle lager. It’s lighter in hue than some of the others and delivers a touch of malt sweetness but still finishes crisply. This beer, and the whole linep, is proof that Ashton is surviving and thriving! 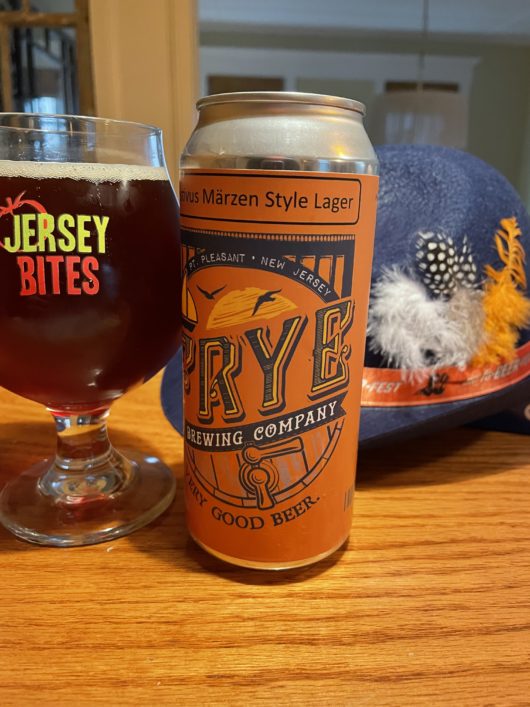 Mike and Colleen Frye are Point Pleasant locals who turn out some nice little beers in their adorable storefront brewery. It’s a great place to have a beer or two and listen to live music. Festivus is a very deep copper and is as pretty to look at as it is to drink. Its luxuriously smooth texture and lingering sweetness make it a perfect comfort food companion. Spark up the fire pit and throw on a sweatshirt!

Now that my Oktoberfest lineup has come to a close, there’s only one thing left to say…Prost!