This is month number two of my year-long quest to show you some of the best New Jersey beers and breweries.

The dog days of August meant that summer was still in full swing in the Garden State! Here are four beers that helped me beat the heat.

Carton has been brewing IPAs with Kolsch yeast from day one and they certainly know what they’re doing. If you ask them, they’ll tell you that they’ve invented the Jersey IPA. This one has a grain bill fronted by Bohemian pilsner and hopped with Ella, Galaxy, and Nelson.

The result is a light, bright color and mouth feel with a lemon zest note that finishes crisp and dry. The can art claims that it pairs best with Jersey nights and I can’t disagree. Extra Jersey points for you if you know the reference for Lights Out Tonight. 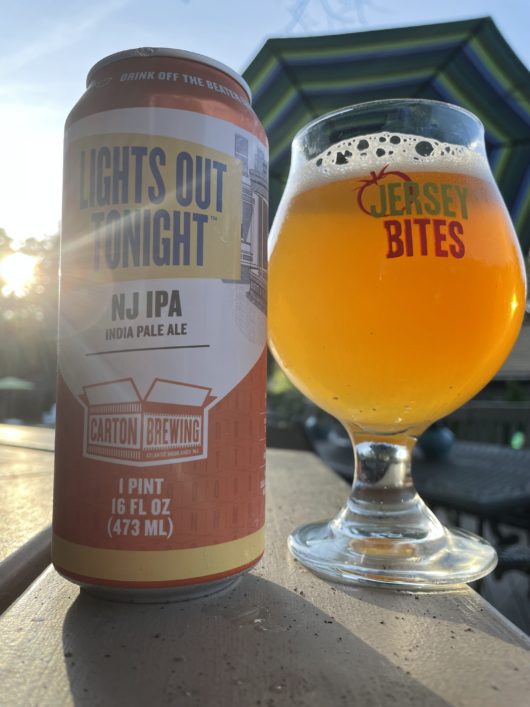 A Hop in the Dark
Lower Forge Brewery, Medford, NJ

Lower Forge is literally a Main Street brewery in the quaint little destination town of Medford. It’s a three-barrel brew house so if you want to try their beer you’ll probably need to go there. And you should. It’s a mom-and-son-and-daughter in-law operation that’s about as friendly as you can get. If Pola (mom) is bar tending you can expect some lively and interesting banter (and maybe a story or two)! A Hop in the Dark is a Cascadian dark ale (or Black IPA, if you like) and hits all the sweet spots: woodsy hops and roasty New Jersey malt. There might even be a hint of smoke in there. I’m very happy to see this style come back! 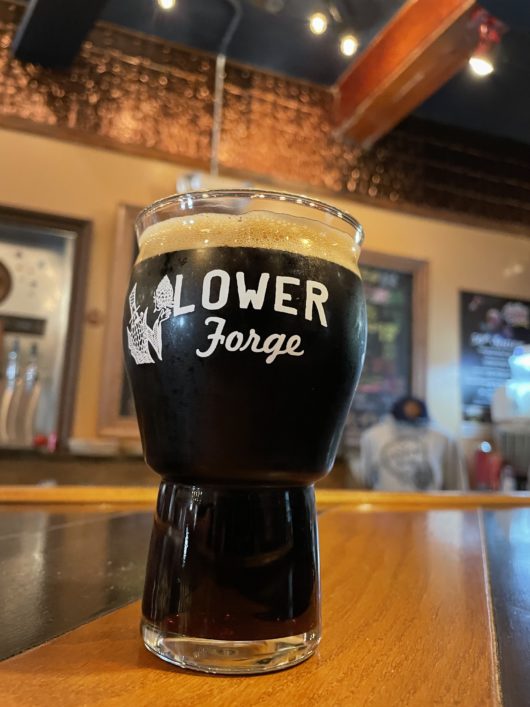 Ok, I admit I bought it for the can art. Who can resist the big toothy grin of “Tillie,” who once adorned Palace Amusements in Asbury Park? A stroll on the boardwalk with a fresh ocean breeze will keep the August heat at bay. This beer certainly evokes that feeling. It blurs the line between a crisp pilsner and pale ale. Jughandle Brewing Company has brewed in enough complexity to this so it’s more than just a “lawnmower” beer. I guess Tillie has something else to smile about now. 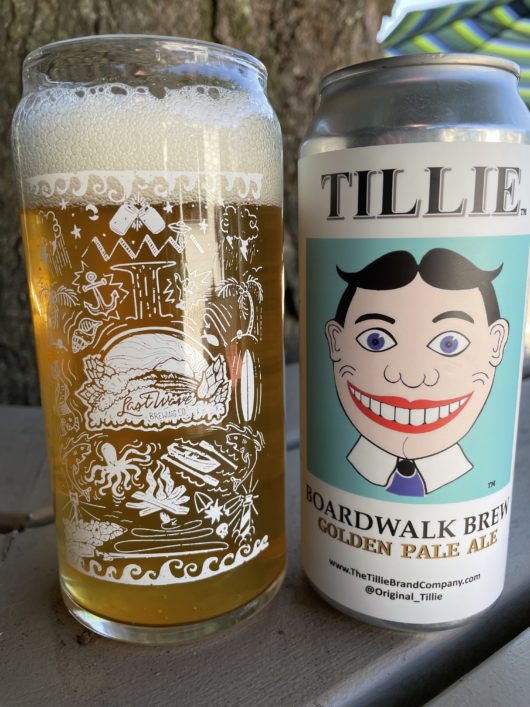 What better way to escape the dog days of summer than in a cool dark movie theater? Alternate Ending Beer Company is a brew pub located inside an old cinema. The team plays up the movie theme in a fun and entertaining fashion. Bawn-Journo is an Italian pilsner, basically an unfiltered pilsner style beer that’s  dry hopped with earthy and herbal European noble hops. It goes perfectly with pizza (Alternate Ending makes great pies) and mob movies but can stand up on its own as well. Capisce? 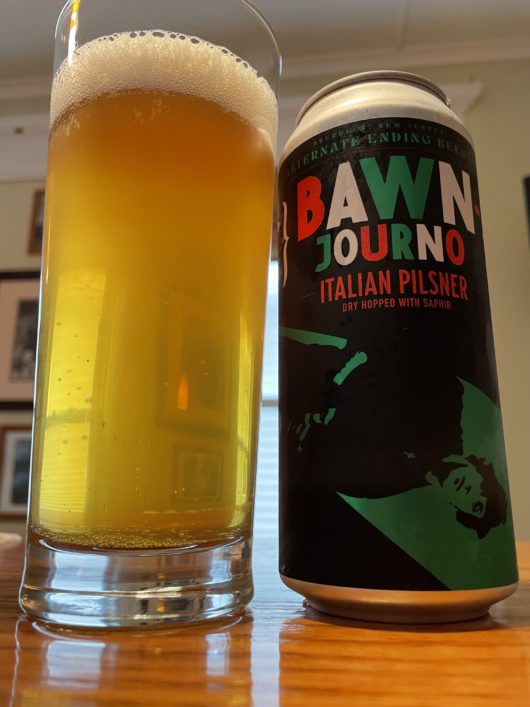