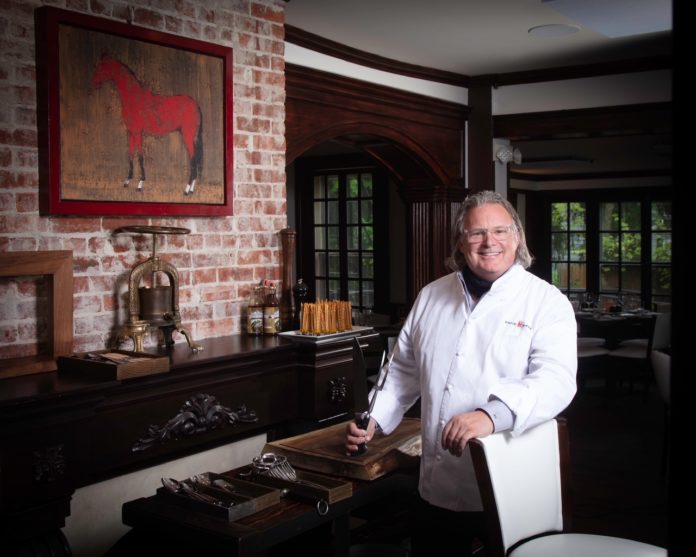 To help rebuild the lives of those impacted by the tornadoes that ravaged Western Kentucky on December 10 and 11 (including members of his extended business family), world renowned chef and restaurateur David Burke will orchestrate simultaneous “Beef & Bourbon” Kentucky-themed dinners benefitting the Team Western Kentucky Relief Fund on Thursday, January 13, at nine of his restaurants in New Jersey, New York, and North Carolina. 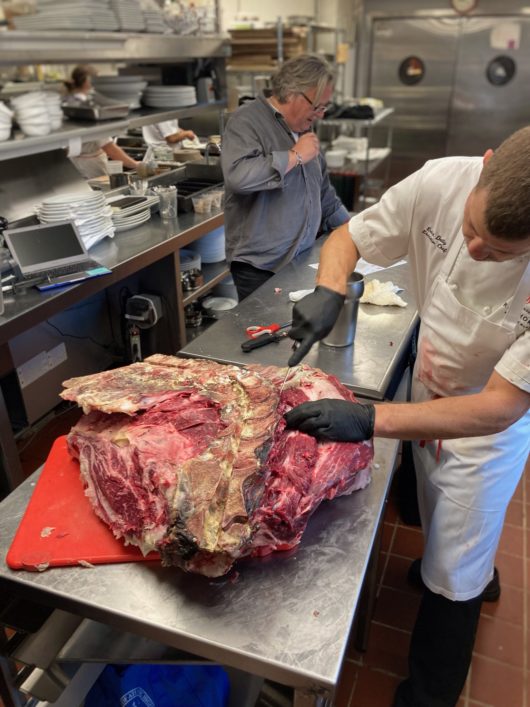 Dinner with a Mission

The three-course, $150-per-person meal will showcase Kentucky’s most famous export, bourbon, courtesy of Woodford Reserve Distillery, as well as one of the state’s newest exports, Bluegrass F1 Wagyu beef.

One third ($50) of each ticket sale will be donated to the fund. The ultimate goal is to surpass $30,000 in fundraising.

Exclusive to Burke, the small-batch-raised, Kentucky grasses-and-grains-fed full-blooded Wagyu and Black Angus hybrid meat will make its official national debut at the Beef & Bourbon Dinners for Kentucky’s Recovery by David Burke. As a result, attendees will not only contribute to tornado victims’ futures: they will also be among the first globally to experience what Burke unequivocally states is the best beef he has ever tasted. 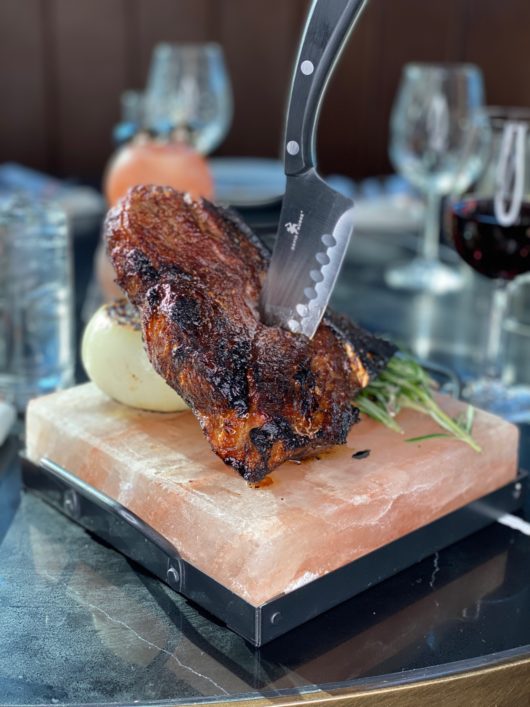 The beef and bourbon dinners are the first multi-location, single-beneficiary charitable initiative in Burke’s long history of assisting important life-enhancing causes, such as the Team Western Kentucky Relief Fund, which was established by Kentucky Governor Andy Beshear to aid tornado victims. They will commence with a Woodford Reserve bourbon-based cocktail reception, at which Kentucky-associated libations as mint juleps and bourbon balls will mingle with passed canapes, Bluegrass F1 Wagyu-centric savories among them.

Embracing the People of Kentucky

“Taking care of people during a crisis is what we do in the hospitality industry; it’s the right thing to do,” said Burke. “My organization did it in New York and New Jersey after Hurricane Sandy and during the pandemic. Now we’re embracing the people of Kentucky, where our Bluegrass F1 Wagyu beef partners are located. They’ve got family members who have been severely affected by the tornados; it’s our honor, duty and pleasure to do what we can to help.”

“It’s been humbling to see the many people around the United States who have reached out to help those impacted by these devastating tornadoes,” Chris Morris, Woodford Reserve master distiller, said. “We are honored to partner with Chef Burke and his team to create memorable evenings around the country over great food and delicious cocktails to join them in supporting the recovery effort.”

The full list of restaurants presenting the Beef and Bourbon Dinners for Kentucky’s Recovery by David Burke on Thursday, January 13, at 6:30 p.m., includes the following (NJ locations are bold):

The $150 tickets for the beef and bourbon dinners supporting the Team Western Kentucky Relief Fund’s efforts on behalf of tornado victims will be available through the participating David Burke restaurants’ websites. One third ($50) of each ticket sale will be donated to the fund. The ultimate goal is to surpass $30,000 in fundraising for this important cause.