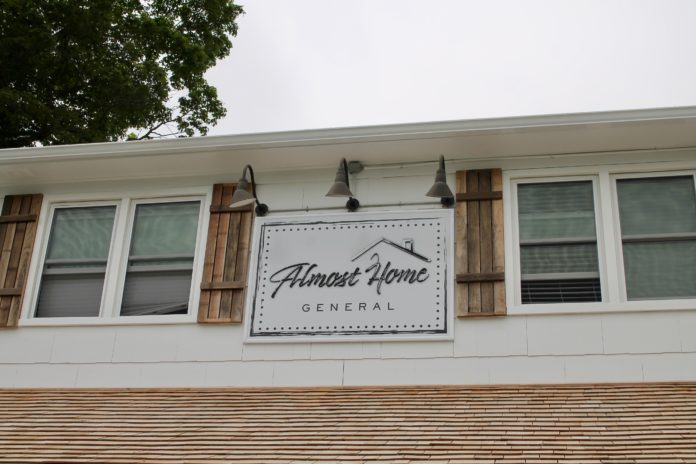 Editor’s note: Please check directly with the restaurant for updates on seating and dining options.

Rob Doran, owner of Almost Home General, in Lincroft, NJ, recently sat tableside with me and explained his inspiration, admiration, and future visions for his new and oh-so-popular breakfast and lunch spot.

Riding a bike for 25 days and 1,800 miles would make me sore, tired, and haggard. But for Doran, such a trip left him motivated, excited, and inspired about what he wanted for a recently vacated deli on busy Crawfords Corner Road.

His journey started in Florida, where he had moved, before returning to his roots, in the Garden State, when he had the opportunity to open Almost Home. Doran started and ended each day along that trek with a cup of black coffee at whatever coffee shop he could find. He knew he wanted to create something that felt like the home he was missing. “I dealt with loneliness by making friends at all those places,” he explained.

Third-wave coffee is defined in a 2019 Los Angeles Times article as “products of a coffee industry made up of cafes and other coffee businesses…that share a linked, if not identical, mission statement: to deliver high-quality cups of coffee to customers.” This is what you can find at Almost Home.

Besides creating a space that feels like the next best thing to your own address, Doran wanted to share his experience with the coffee culture he has come to know and love. “It is a light to medium roast and one that is an entry into speciality coffees,” he said. In laymen’s terms, this is not your average cup of morning Joe.

Not surprisingly, Doran’s first concept was solely a coffee cafe where fresh java and in-house baked goods would be readily available. Months later, Almost Home is that and so much more. 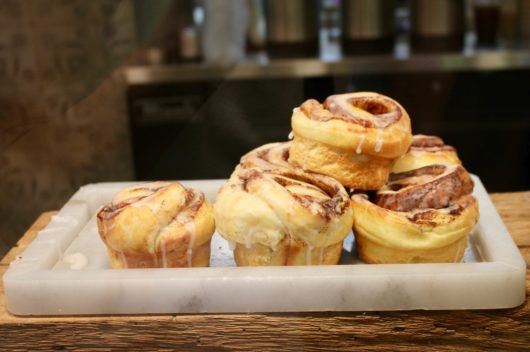 On the personal side, I am quite thankful for the evolution Almost Home has seen since its opening. And Doran is also thrilled with what his kitchen is turning out. Head chef Alex Riley has done an outstanding job creating farm-to-table dishes that truly wow diners.

Riley has worked under one of New England’s top chefs, Matt Jennings, and with Monmouth County’s renowned Chris Mumford. Those experiences have most certainly left their mark. Utilizing local farms, distributors, and vendors, Doran has developed a menu that allows for both “cheat days” and “just what the doctor ordered” meals.

I need to point out the peanut butter banana toast: Sourdough, sourced from Benchmark Breads of Atlantic Highlands, smeared with whipped mascarpone then drizzled with peanut butter and fancied up with some toasted coconut atop. One bite put me into a heavenly trance.

On the lighter side, I recommend the Locals Only Panzanella salad, made with marinated heirloom tomatoes, shaved asparagus, and charred zucchini—all tossed in a citrus balsamic dressing and studded with perfectly crisp croutons. Meanwhile, the watermelon salad, plated so artistically with feta crumbles, fresh blueberries, toasted pistachios and asparagus spears, will be your ideal meal on a sultry summer day.

And the sweets! Man, that dessert glass case is worth writing home about. Pastry chef Corey Whitman, who arrives at work while some of us night owls are still watching TV, is really outdoing herself. Her favorite item to bake? The three-days-in-the-making croissants. Flaky, buttery, and rich, they are a true example of how a labor of love can pay off. 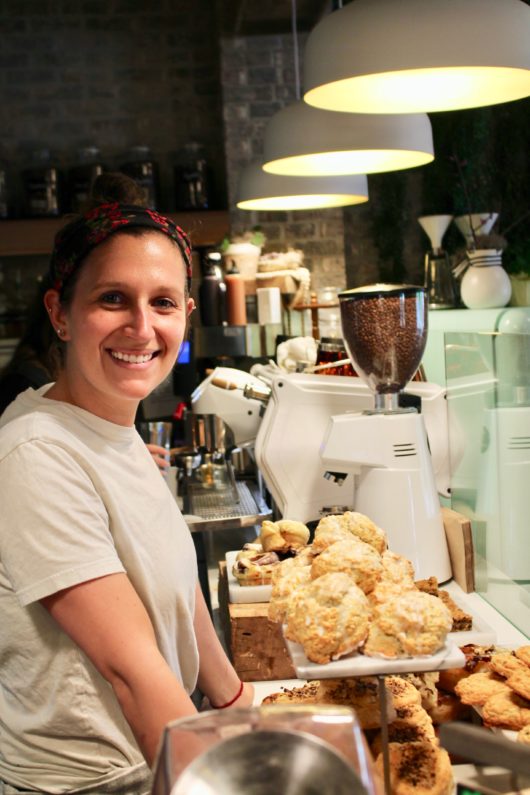 But it was the cinnamon rolls that really had me at hello, so fluffy and full of sweet cinnamon sugar, all shimmery from a ladle of icy-white glaze. And if you’re thinking, Those would pair perfectly with a great cup of coffee, Whitman’s got something even better: The Red Eye. This fresh-from-the-oven cinnamon roll is poured over with a shot of Almost Home espresso. Talk about an eye-opener!

The menu also features daily specials, weekend brunch options, pop-up pizzas, and Instagram-able, picture-perfect cereal lattes. Haven’t heard of them yet? Brace yourself, these caffeinated drinks are everything your inner five-year-old self craves, matched with everything your adult self needs. (The featured cereal changes weekly, and so far no cereal has been used more than once.) Also, credit where credit is due: Doran had his first cereal latte at a North Carolina drive-through he went to on his bike.

To add to the fun, Whitman usually whips something up to pair with the drinks. You can enjoy Oreo latte with an Oreo-crumble scone or a Cocoa Krispies-latte with a slice of double-dutch chocolate cake. Another option: a Cinnamon Toast Crunch latte served with (dunk-friendly) churros. Who’s hungry? 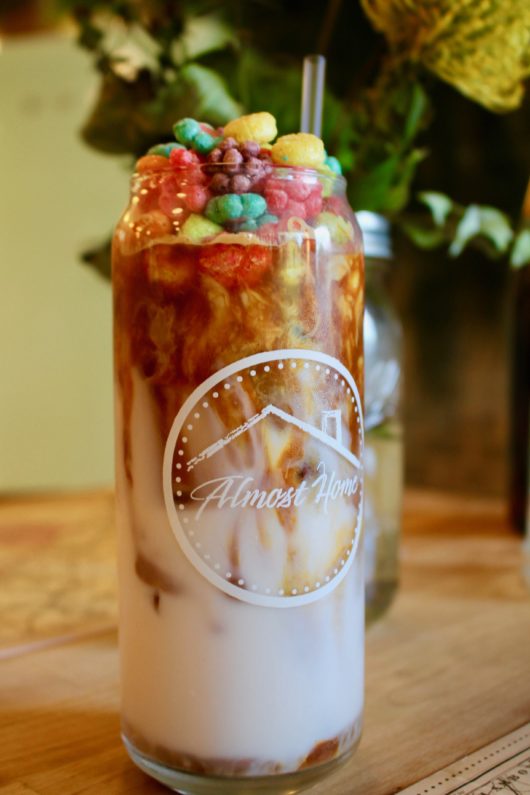 “I want to be an asset to the community,” Doran told me. This means providing takeout meals, catered lunches or just a great coffee to go. Learning from his father, who owns Shrewsbury Bicycles and always gave back to that town, Doran is ready to take his turn and give back.

For a guy whose biggest passion is “using all local places” to both enrich his customer’s experiences and “feature what the Garden State has,” he’s doing a downright excellent job. A job that’s certainly keeping us thankful for a place that’s Almost Home. 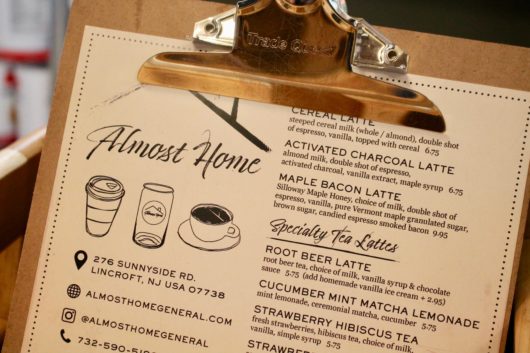