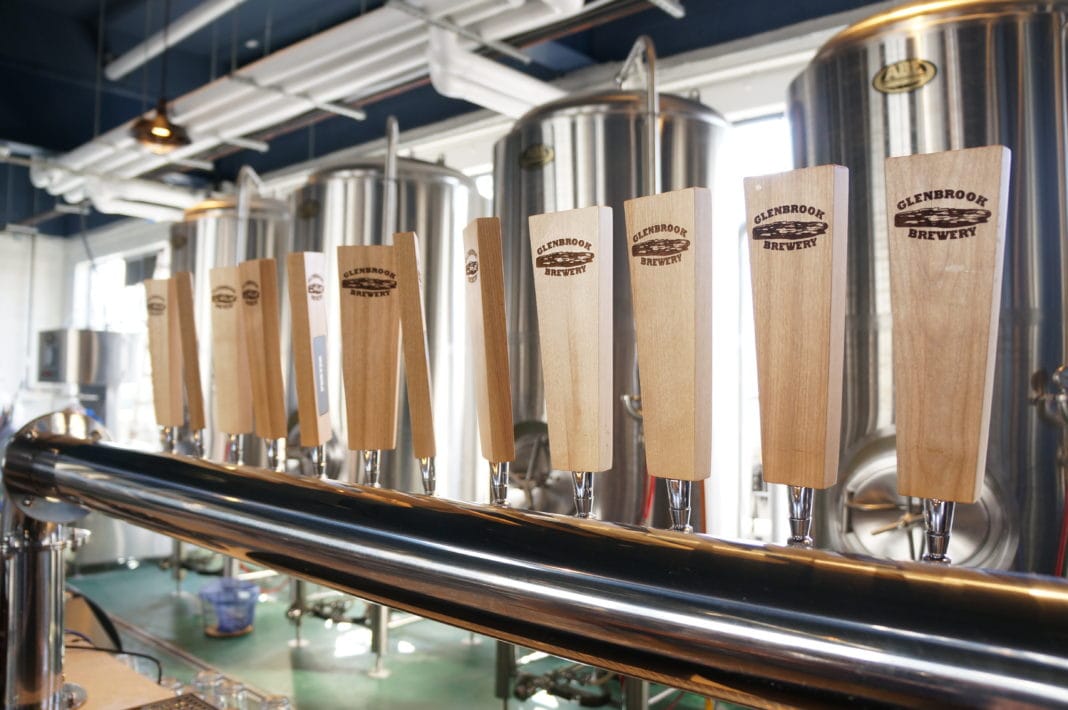 As the team at Glenbrook Brewery can attest, you should never underestimate the power of a cheap malt extract home brew starter kit. These kits have sparked more than their share of brewery startups. When a brother-in-law gifted Heath Traver one in 2011, it created an obsession. Brothers-in-law figure prominently in this story because it was another one, Darren Cregan, who teamed up with Heath to create Glenbrook Brewing and named it after the street their wives grew up on.

By 2015, Traver was winning home brew awards, including a second place for a pumpkin ale brewed for the Morristown MASH (Morristown Area Society of Homebrewers) event. That’s also about the time when Cregan and Traver started looking for properties to take this hobby to the next level. After some misfires and a false start, it was Morristown’s mayor who suggested setting up the brewery in an old mechanic’s shop—in a downtown area that’s mid-revitalization. COVID threw them another curveball and caused more delays, but the six-year journey culminated when they opened Glenbrook Brewery in early 2021. 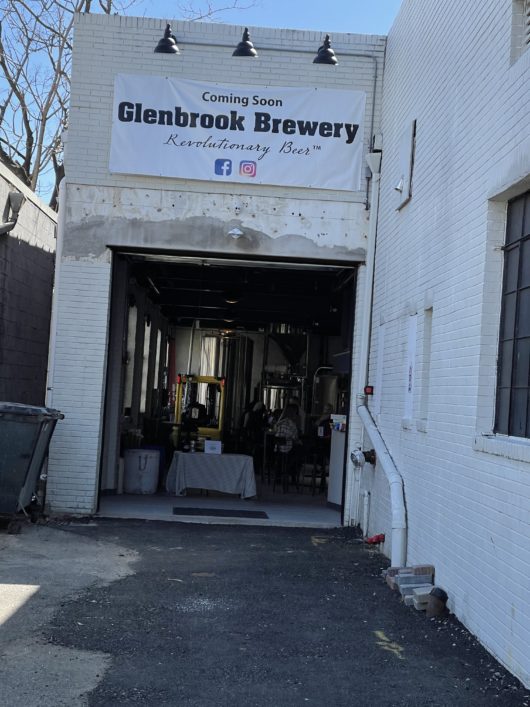 “A new local brewery with a revolutionary twist” is how Glenbrook is described on the website. Morristown is steeped in Revolutionary War history and Washington did indeed sleep there. The General made the Ford Mansion, part of the Morristown National Park, his headquarters from December 1779 to June 1780. All of the Glenbrook Brewery’s beers are named to evoke the area’s colonial history, which was a delight for this history geek. 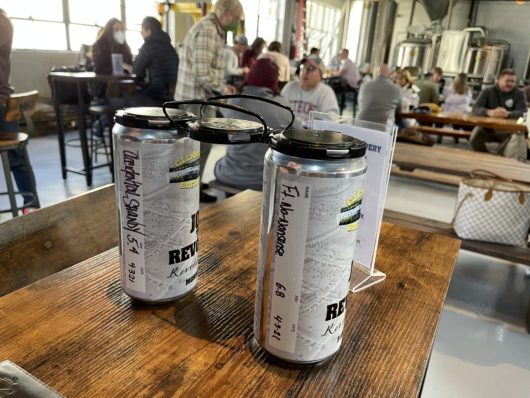 The brewery, however, has a more relatively modern, industrial vibe. It’s spacious with plenty of natural light (great for Instagram photos!) and gleaming bright tanks. The staff is friendly and attentive. Darren and Heath told me they are getting a lot of local support for the brewery and I noticed quite an age range in the busy tap room. The family-friendly spot serves in-house birch beer, too. 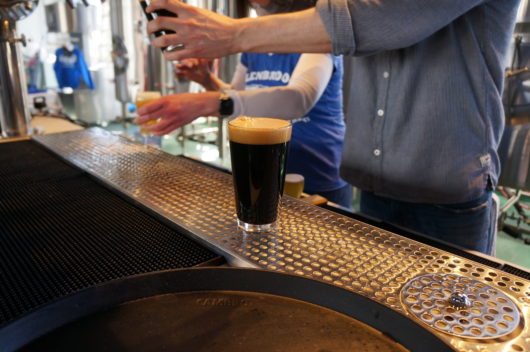 In keeping with their local commitment, hops are sourced from a farm in Randolph, NJ, and malts from neighboring New York. Beer styles range from the dark and roasty Jacob Arnold Porter (named for the owner of a long-gone colonial tavern, which was also one of General Washington’s haunts) to light and crisp MacCulloch Kolsch. 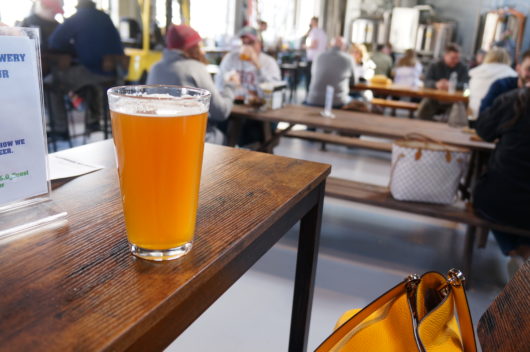 Their Colonial Ale, also light and bright, is the perfect companion for a slice of pizza. It makes a surprisingly good shandy when mixed with the mango hard seltzer. Seriously. Hopheads are well represented with a New England IPA—Fort No-Nonsense IPA—and the well-balanced Morristown Style IPA. 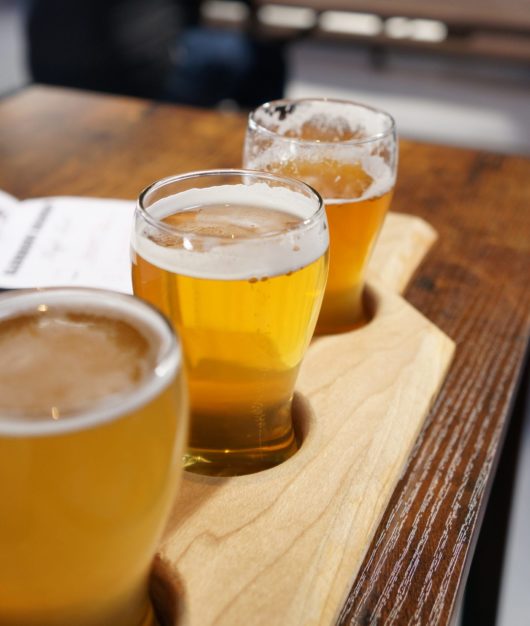 Darren remarked about how fastidious Traver is when it comes to keeping a clean brewhouse. I can attest to that. Although they had only been open a couple of weeks when we went, I didn’t find one off flavor in the entire tap list. Everything was spot on and that is an impressive feat.

Right now, Traver and Cregan are just trying to keep the taps flowing at Glenbrook. They hadn’t originally planned on having such a large tap room so the short term goal is to fill all twelve available taps. Once they are comfortable with that, they plan on expanding to local bars and restaurants. 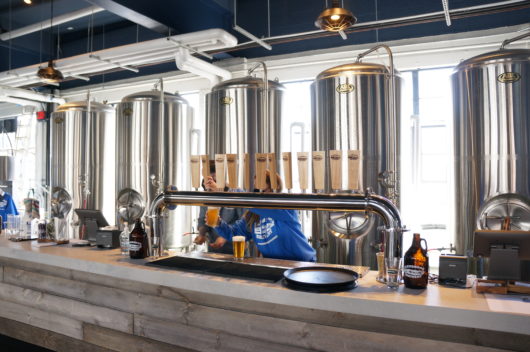 Of course, they plan on adding new styles and flavors as well so that there will always be something new to try at Glenbrook Brewery, located just off the Morristown Green. 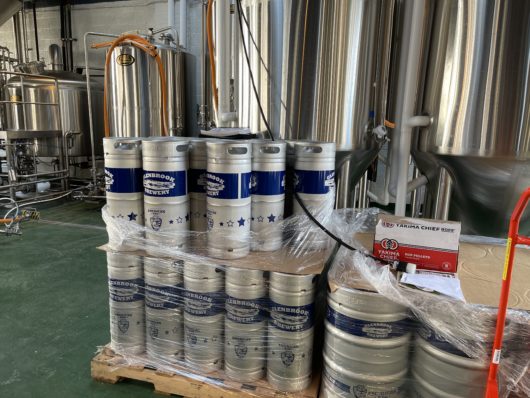 Hours (subject to change):
Wednesday through Friday: 4 to 10 p.m.
Saturday: noon to 10 p.m.
Sunday: noon to 6 p.m.
Due to high demand, seatings are limited to 90 minutes so please expect and respect that. 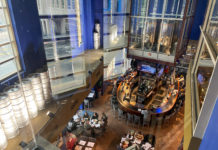 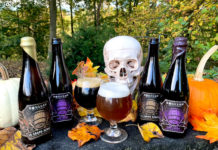 Monster Beers for a Jersey Halloween