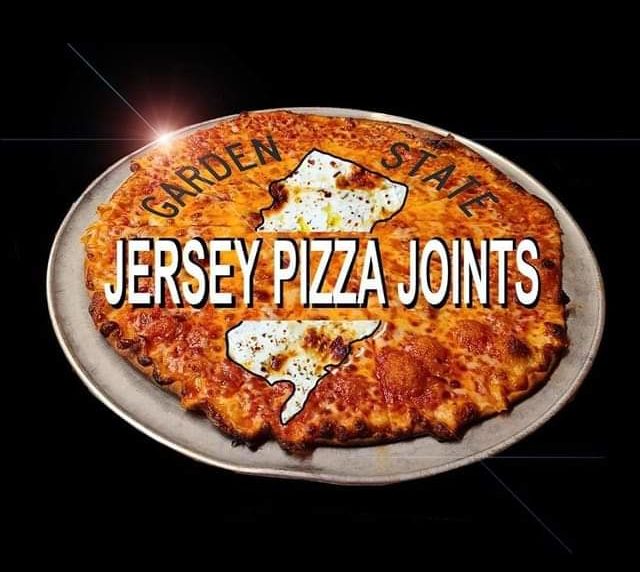 Was it just me or did any of you also expect a giant reptile to emerge from the banks of the Hudson River to take a nibble out of Ryan Seacrest just as the New Year’s Eve ball dropped? Maybe I’ve spent too much time on Netflix during the quarantine, but I think we can all agree that 2020 was that kind of year. Still, it wasn’t completely bad; in between binge-watching reruns of Veronica Mars and nonstop breaking news updates I was introduced to the Facebook group Jersey Pizza Joints.

A New Look for the Newsfeed

A friend invited me to join the group in early August. Within a matter of days, my feed was plastered with pictures of thin-crust pizzas, charred pepperoni, and proud cooks sharing their homemade masterpieces. Spirited discussions about the legitimacy of pineapple as an acceptable topping replaced the unwanted bombardment of blue vs. red debates that had invaded my thread.

Jersey Pizza Joints is the passion project of Garden State native Guy Madsen who, like a lot of us, became exhausted by the barrage of constant negativity on social media. Madsen is a successful businessman with years of strategic sales experience in enterprise software; running a community Facebook group in his spare time was not something that he necessarily imagined doing, if you had asked him early in 2020. But his love of pizza—and New Jersey—seemed like the perfect combination to help lighten the mood, so he created a platform for pizza lovers to rejoice. “If you build it, they will come…”

Since its launch in March, the group has grown to nearly 10,000 members, mostly by word of mouth as members invite their friends to join. Even local celebrities like Joe Piscopo and the Sopranos‘ Vincent Pastore have signed up. Every day, diehard pizza connoisseurs, never shy to express an opinion, post memories and passionately review their favorite pizza joints while envious snowbirds express disdain for their current options. (Editor’s note: Group membership continues to grow. The figure provided reflects the group size as of January 5, 2021.)

In the group, favorites like Trenton tomato pie makers DeLorenzo’s Pizza, and Papa’s Tomato Pies, in Robbinsville, compete with old-school classics such as Santillo’s Brick Oven Pizza, in Elizabeth; Kinchley’s Tavern, in Ramsey; and Star Tavern, in Orange. They’re all part of the conversation within the pantheon of New Jersey pizza.

Sometimes the discussions get heated with the expected Jersey attitude. With that in mind, Madsen and his two capos, I mean administrators, Jim Stoll and Robert Coda, won’t hesitate to “whack” anyone who violates the rules and is unwilling to abide by the page guidelines.

New Jersey is known for its bevy of old-school pizzerias, but Jersey Pizza Joints makes a point to also support newer pizza places that had the misfortune of opening just prior to the pandemic. Madsen has helped bring attention to places like one of his new favorites: Pizzamore Italian Kitchen, at 323 Broad Street, in Carlstadt, NJ.

Madsen believes it is important to utilize this unexpected platform to help promote these new restaurants that might otherwise fail. And like others who are using pizza’s popularity for philanthropic ventures, like Dave Portnoy of Barstool Sports, and Slice Out Hunger, for example, Guy Madsen and Jersey Pizza Joints have plans to give back to the community.

Mark your calendar for next September 11, 2021, for a post COVID-19 pizza crawl on the Seaside Heights Boardwalk. A portion of the proceeds will be given to a 911 charity in honor of the 20-year anniversary.

I consider myself pretty knowledgeable when it comes to Jersey food, and I have been humbled by this group. I’m enjoying the wealth of Jersey culinary info that I continue to learn from member contributions as the group grows. Pizza variations like the Razor Pie from Turano’s Pizza Kitchen, in Livingston, and Angeloni’s Thinny Thin, in Caldwell, are now in my lexicon and on my radar, thanks to this group. For anyone who enjoys eating pizza, I strongly suggest you request to join. Your eyes and your stomach will thank you.