Large capital letters made of bread, sitting in the vast “annkut” or “mountain of food,” spelled out “Samp Suhradbhav Ekta,” which translates as “unity, fraternity, and solidarity.” The abundant display of food and the inspirational message served as the centerpiece for the spiritual celebration of Diwali, the start of the Hindu New Year, inside the BAPS Shri Swaminarayan mandir in Clifton on Nov. 2.

The food, an array of multicolored vegetarian delicacies, handcrafted by the Clifton BAPS community, is a symbol of gratitude for God’s blessings in the New Year, according to Chaitanyamurti Swami, the spiritual leader who presided over the Diwali festivities. Known as the “festival of lights,” the worldwide Diwali celebrates enlightenment and the triumph of light over darkness.

Niki Patel, a volunteer at the Clifton mandir, explained that by maintaining the virtues of unity, fraternity, and solidarity, “we can accomplish anything to help and support the community.” Patel said many families of the Clifton mandir’s Swaminarayan community trace their roots to Gujarat, a state in western India.

BAPS (Bochasanwasi Akshar Purushottam Sanstha) is a global spiritual and civic network within the Swaminarayan branch of Hinduism. A mandir is a place of worship. There are six BAPS mandirs in New Jersey, the largest of which is in Robbinsville.

The mountain of food prepared for Diwali is one of the grand, exotic displays of cuisine found in the Garden State, reflecting Indian and Hindu culture. The mountain was composed of sweet and savory dishes, breads, vegetables, fritters, pastries and cakes, candy and assorted drinks. Many of the vegetarian dishes utilized potatoes, chick peas and lentils.

Compassion, kindness, and acts of charity are essential elements for a spiritually awakened life in the Hindu faith. Food generosity for those in need is an especially important part of the acts of charity.

Dressed in a traditional orange robe, Chaitanyamurti Swami offered blessings for the mountain of food and greeted local dignitaries, such as James Anzaldi, the mayor of Clifton; Hector Lora, the mayor of Passaic; Richard Berdnik, the Passaic County Sheriff; along with county freeholders and members of the Clifton City Council. The swami, based at the Robbinsville mandir, said he was raised in Dallas and went to India for 16 years to study the ancient Hindu scriptures.

As a cultural and religious event, several hundred worshipers visited the mandir throughout the day. A huge crowd of women and men filled the chamber where the mountain of food was located. Music and chanting resonated in the mandir during the morning hours of the celebration.

Mayor Anzaldi and Mayor Lora praised members of the BAPS mandir for their community outreach in Clifton and Passaic. Throughout the year the mandir members raise money to support the local police departments, donate to Passaic County food banks, and host health fairs and blood drives.

“I like people who build up and bring light to the world,” Anzaldi said, addressing the mandir crowd. Mayor Lora offered his remarks to the children and young adults in the audience. “Love who you are and where you are and hold strong to your culture.”

Twenty-one years ago the Swaminarayan purchased the building used at the mandir—a former warehouse. After extensive renovations, the mandir opened in 2000. 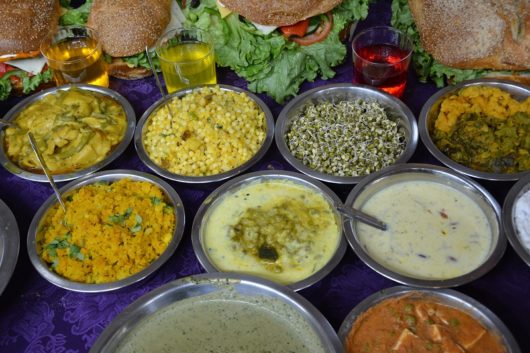 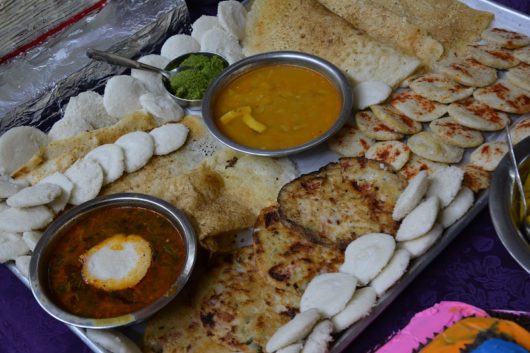 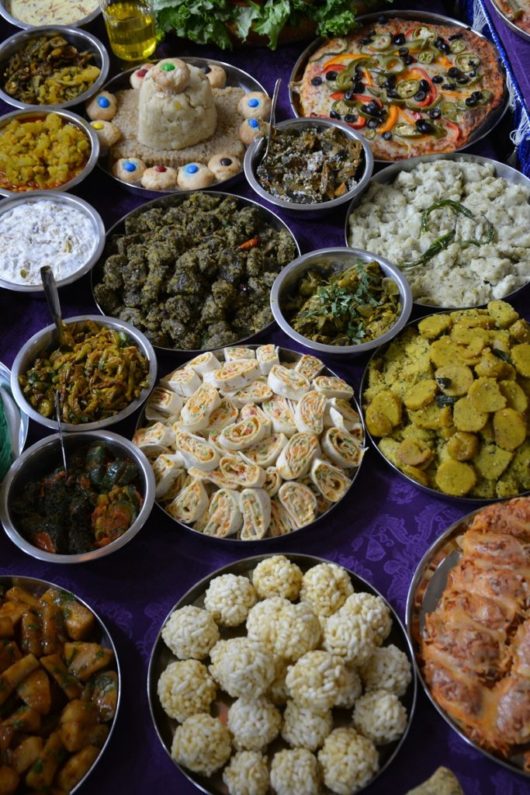