Ranbir Bhatia, the general manager of Benares in Wyckoff, has found himself surrounded by Indian cuisine or involved with the food business for most of his life. He has a wealth of experience regarding food preparation, kitchen design, spices and herbs, meal presentation, catering operations, and restaurant management.

However, when Bhatia sits down to interview job candidates for the Benares business group, he puts aside his extensive, technical background and first asks one simple question: “Do you like people?”

It’s a disarming and perhaps a surprising question to pose to a prospective job candidate, but it does represent a key issue for someone seeking a career in the highly competitive and demanding restaurant/hospitality industry.

“I want to know if they like connecting and interacting with people,” Bhatia said with a smile during an interview at the restaurant earlier this month. He confirmed that it’s a basic but very real question for anyone with an interest in this field—from an entry-level member of a waitstaff, to a chef, to a catering manager to consider.

“Many people think the restaurant and hospitality business is glamorous, from a distance,” he said. “But this is hard work. You must be committed and ‘married’ to this business. This is how it happens.” And the first step required for that commitment is having good people skills, he said. This is the philosophy he imparts to members of the Benares staff.

Benares, part of the New York City-based Minar group, is a storefront restaurant located in Wyckoff’s Boulder Run shopping mall. It opened last April and previously was the site of an unrelated restaurant known as Saffron.

This reporter was part of a party of five, and Bhatia orchestrated an impressive slate of dishes for the convivial quintet. We enjoyed a nonstop medley of impeccably prepared Indian appetizers and main courses, expertly seasoned by chef Anil Gonsalves and professionally served by the courteous waitstaff.

The feast began with what Bhatia referred to as traditional Indian street food: shot glasses of spicy “green water” topped with stuffed pani puri pastry shells (shown at top). The meal included puffed rice crisps with potato, avocado, and pine nuts; crispy eggplant chaat; chicken kabob; scallops, tandoori shrimp and chicken; spicy fish fillets and naan bread. Each dish had a distinctive combination of aromatic spices and herbs that provided a pleasing spark to the palate. This was, to be sure, a royal gourmet meal. My favorites? The eggplant, the scallops and the tandoori chicken.

There was room for dessert, which involved two selections: the atom bomb, a chocolate lava cake served with rose petal ice cream; and orange kulfi, which is orange slices stuffed with ice cream. The table of five was extremely pleased.

A Bit of Geography

Bhatia explained that, for the most part, the menu at Benares represents northern Indian dishes, but quickly added that the country is a collection of distinct regions and states with a variety of European and Asian culinary influences, such as Portuguese traditions in the Goa state. The food in each region in India is marked by a signature profile of spices and sauces, he said. “We offer dishes that you won’t find on the menu of most Indian restaurants in New Jersey.”

Soft lighting, a long room with family-style tables, a sleek hardwood floor, rich earth-tone shades of ochres and reds for the walls, Indian music in the background, hanging ceiling lanterns and Indian iconography and artwork create the ambience and décor of Benares. Bhatia said the interior atmosphere is designed to create a “clean,” fresh, modern look, doing away with rugs, tablecloths, and wall tapestries. 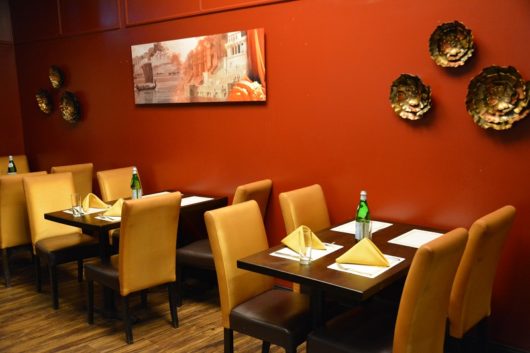 Bhatia recalled his lifelong education with food, which started in his mother’s kitchen. Born in New Delhi, he was raised in the city of Chandigarh, the capital of the northern Indian states of Punjab and Haryana. He attended Panjab University for his formal education and then studied at a catering school in Chandigarh. He spent a number of years working for 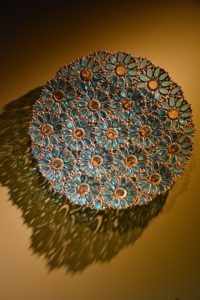 hotel chains and institutional food services. He arrived in New York City in 1987 and relocated to New Jersey in 1993. “I know how to cook, but my passion in this business is restaurant management,” he said, adding that he originally learned how to appreciate good food as he enjoyed meals that his mother prepared.

You’ll also find a Benares restaurant in the Tribeca section of New York, and catering facilities in Astoria, Queens. Catering for large celebrations, weddings, and business gatherings represents the largest business segment of the Minar group. Still, the company is looking to expand, weighing options for investing in an event space to accommodate up to 500 people, and they’re currently considering several locations in northern New Jersey to establish another Benares restaurant.

Hours and menu items are subject to change.