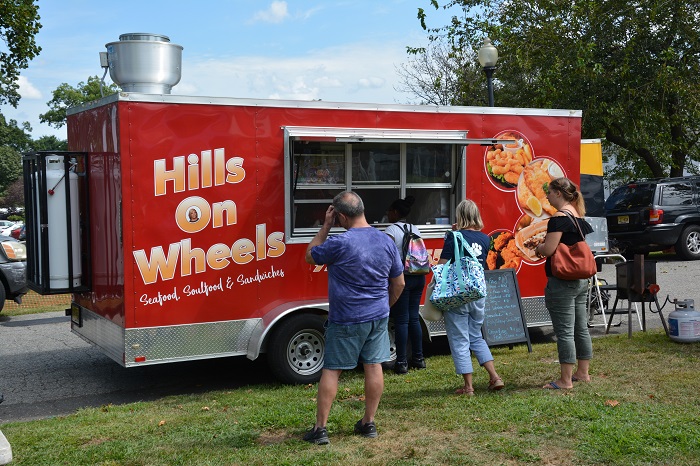 It was a great day in Clifton on September 1 as the city celebrated its first Food Truck, Music and Art Festival, held at the Clifton City Hall municipal complex. This community gathering would have dazzled the diverse appetites of any Jersey foodie.

The wide variety of food offerings easily fit the Clifton scene, a city of 80,000 residents. James Anzaldi, who has served as Clifton’s mayor for nearly 30 years, beams with pride when he describes the city as one of the most diverse corners of the Garden State. He says over 70 languages are spoken in this sprawling suburb with four zip codes.

Around the World and Back to Jersey

Food truck gatherings continue to soar in popularity throughout New Jersey. Food trucks and Jersey diners (and even hot dog trucks and pushcarts) share a common ancestor: the long-lost lunch wagon. The lunch wagon was a horse-drawn roadside attraction and movable feast that first appeared on the streets of Garden State cities and towns in the 1890s. The street-level dining concept began in Providence, RI, in the 1870s. It rapidly spread throughout New England, New York, New Jersey, and other states. 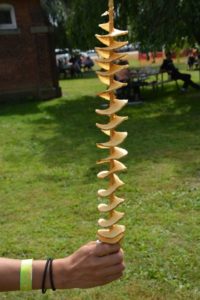 Trenton, Elizabeth, Newark, Camden, Paterson, Jersey City, and all points in between became fertile ground for lunch wagons and the “night lunch” business. Egg platters, coffee, pie, sandwiches, burgers, and hot dogs were common items on a lunch wagon menu. Because they were mobile, lunch wagons plied their trade in downtown business districts, near factories and train stations, and along main thoroughfares—synchronizing their movements based on the time of day and predictable flow of customers.

Some operators of today’s food trucks may not realize it, but they are following in the wheel trails of their pioneering lunch-wagon ancestors. And yes, this earlier crew filled a similar food business niche over 100 years ago.

Jerry O’Mahony of Bayonne, one of the founding fathers of New Jersey’s diner business, operated lunch wagons throughout Hudson County in the early 1900s. However, he soon realized that the “real” money to be made was the manufacturing the wagons themselves. O’Mahony built and sold his first lunch wagon on July 3, 1912. His business prospered and he eventually evolved into diner production. O’Mahony diners became the gold standard by which all other classic, factory-built diners were judged. Two surviving O’Mahony diner cars in New Jersey are the Summit Diner and the Broad Street Diner in Keyport.

The New Jersey Food Truck Association (NJFTA), founded in 2013, is composed of operators and owners who “seek to improve the quality of the food truck industry in our state while inspiring and bringing about fair and equitable operation of trucks in around New Jersey,” according to information posted on the group’s website. “We hope to expand opportunities for food trucks organizing events, arranging lots and street parking for mobile vendors, and developing a comprehensive network of food truck operators in our state. We will also provide resources for existing trucks and future truck operators.”