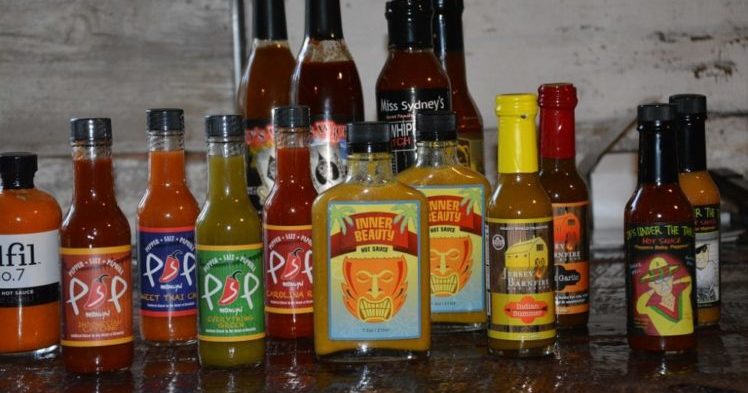 It really wasn’t about the tangy, craft-made sauces and condiments, or the selection of delicious beer, or the flavorful spiced fudges that were on display during a gathering at the Montclair Brewery on June 5.

Actually, it was all about the friendly gathering itself: the spirit of the evening and the convivial, informal interaction of the many people who turned out for the event, drawn by curiosity and passion to sample original, artisanal products.

There were good vibrations and human chemistry percolating throughout the neighborhood pub. “In-person mingle” was the dominant flavor of this Wednesday night on Walnut Street.

Cedar Grove resident James Colistra said the networking meetup marked the launch of his Secret “Sauciety,” which he plans to ramp up into a business. Colistra envisions tasting events in the coming months, pairing his flavorful sauces with beer, wine, and a variety of food. “I want to bring people together around ideas,” he said, describing his Secret Sauciety as “the first and only social club built around the world’s best condiments.”

As a labor of love, Colistra is a champion of hot sauces from a variety of small companies and individuals who are passionate about their home-grown products. The mantra he follows is: “locally sourced and globally inspired.” At least three of the sauces on display at Montclair Brewery included two Jersey-based companies: Pallotta Hot in Clifton; and Jersey Barnfire from Sparta.

While he enjoys sampling and promoting the products, Colistra is also enchanted with the back-channel tales of creation and inspiration. “I look for the cool stories from sauce makers. I love to hear how people are excited about what they’re doing.”

Originally from the Albany, NY, area, Colistra said his own passion for homemade sauces originally came from his father and grandfather. They inherited recipes and techniques through their Italian ancestry and passed them on to Colistra.

In 2013 he began producing his own line of ketchup with Kickstarter funding, sourcing ingredients from local farmers. In fact, he was tapping into an American tradition; 150 years ago it was common to find an assortment of regionally produced ketchups sold by local shopkeepers. According to online information posted by the Pittsburgh-based H.J. Heinz Company, Henry John Heinz began producing his renowned ketchup in 1876, which today dominates national supermarket shelves.

Colistra sold his ketchup at farmer’s markets, roadside food stands and local grocery stores. However, after several years, taking stock of the time and effort needed to produce his ketchup, he dialed back and reassessed his business strategy. He shifted his focus on his current thrust of curating and marketing sauces and related products through social media and meetups. As such, he makes use of his skills as a marketing director at Forbes Magazine.

He sees similarities between the current market for artisanal hot sauces and the craft beer market that emerged in the 1990s. Online articles posted by Supermarket News, Reuters, Yahoo Finance and others track a hot (pun intended), expanding, multi-billion dollar U.S. business sector for sauces and condiments. He hopes to follow the trail blazed by craft brews during the last three decades, using the hip allure of hot sauces as the prize. “We’d like to follow the craft beer movement. We’re trying to build a community,” he said.

The comparisons between Colistra’s hot sauces and interest in craft beer turned out to be divine intervention. Last year, as he was formulating his ideas, Colistra had two chance encounters with an Uber driver—a Montclair resident named Leopold Sawadogo. The two men connected, compared notes and became friends. Colistra’s relationship with Sawadogo proved to be an essential spark. Leo was hatching his own business plans for the Montclair Brewery, which opened in October 2018. The brewery, housed in a spacious, rough-hewn, former furniture restoration workshop, offers ales, pilsners, and stouts on tap.

Sawadogo—an affable chap, former professional soccer player, and radio talk show host who hails from the West African nation of Burkina Faso—offered to share his family’s hot sauces with Colistra. Like Colistra, Sawadogo’s hot sauce recipes are heirlooms, but the gentleman from Burkina Faso sees his tradition extending back many centuries to the ancient spice trade routes between Africa and China. “In those days spices were worth more than gold,” he said.

Following locally sourced and environmentally conscious philosophies, Sawadogo formed a reciprocal relationship with City Green, an urban organic farming initiative in Clifton. He delivers spent-grain, which is used as valuable composting material for the crops grown on site, from his brewing operations to the farm. In turn, City Green provides Sawadogo with fresh rosemary, lavender and herbs. There’s a City Green beer on the brewery’s menu board.

Two other luminaries were on hand for the Wednesday night meet up. Joe Iurato, a sommelier, artist, and writer from Cedar Grove, spoke to the crowd about the importance of recognizing balance in artisanal items. “I love the idea of appreciating craft-made hot sauces, wine, beer, and food,” Iurato said. “These products are the expressions of their creators.”

Biljana Milovanovic of Bora’s Pantry displayed her Greenspice line of spiced fudges and preserves, which are sold locally by Whole Foods. The company’s website states that Bora was the name of Milovanovic’s grandfather, who was a wine maker and gourmand from the town of Knjazevac in eastern Serbia. Her great-grandmother, Mila, was a maker of fruit preserves and marmalades. Like Colistra and Sawadogo, Milovanovic’s business is another example of reinventing Old-World family traditions and recipes. 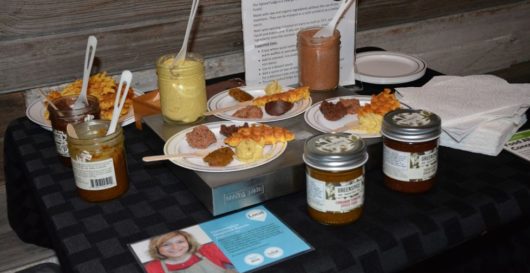 It was a lovely spring night in Montclair, spotlighting spiced fudge and recipes from Serbia, gourmet hot sauces with global flavors, craft-brewed beers, spent-grain recycling, insightful words of wisdom from an artistic sommelier, traditions of ancient spice trade routes, profound encounters between an Uber driver and passenger, an upstate New York lover of homemade ketchup, and the first and only social club built around the world’s best condiments. And it all came together one evening under one roof.