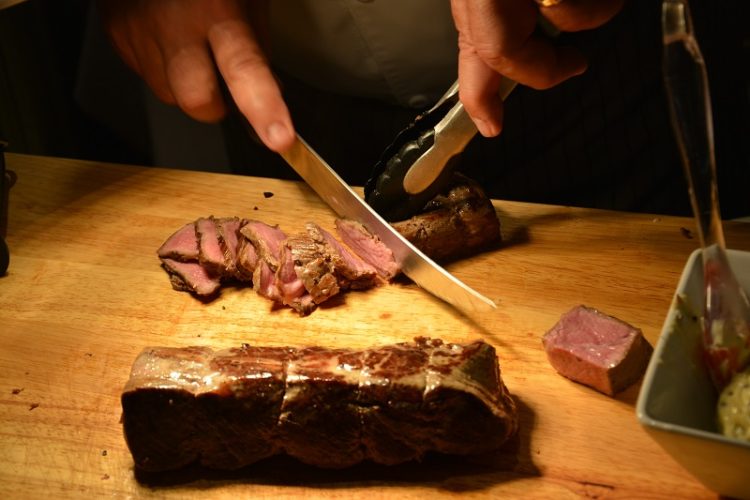 An all-star lineup of 30 top New Jersey chefs, gourmet restaurants, food vendors, and musicians gathered at the Madison Hotel in Morristown, NJ, on May 19 for A Taste of Hope, to support St. Peter’s Orphanage, in Denville. The dazzling affair attracted nearly 300 patrons who enjoyed a wide variety of superb and freshly-made meat, seafood, pasta dishes, artisanal breads and cheeses, tasty appetizers, and desserts at food stations throughout the Madison’s ballroom.

One Night in Morristown

A Taste of Hope is the first-ever fundraiser organized by the orphanage. Given the large turnout, sumptuous food, and the good vibes, the event was a smashing success for a most worthy cause. It was an impressive gathering with Chef Tim Schafer as the heart and soul of the affair.

Schafer, the host and driving force behind the fundraiser, began planning the event 12 months ago with Kelly McNamara, licensed clinical social worker and executive director of St. Peter’s Orphanage, and McNamara’s staff.

But here’s the real story: This event became a heartfelt calling for Schafer following his childhood in Berkeley Heights and the Morristown area during the 1970s, where he too lived in foster homes and orphanages. Schafer vividly recalled the loneliness and pain he felt during those formative years. As a result, 20 years ago he began reaching out to the boys of St. Peter’s, mentoring them as a trusted friend.

The orphanage is home to 14 wards of the state—all male teenagers. “I like to go to the orphanage and talk with the boys,” Schafer said. “I share my experiences with them. It’s a tough situation for a young man, but I tell them my story. I tell them that it’s going to be okay.”

McNamara offered special words of gratitude for the efforts of Schafer and his fellow chefs, and thanked the event attendees for their support. She noted that all the chefs, restaurants, musicians and food vendors volunteered their time and talents to support the fundraiser at no cost. She also talked about her affection for the young men at the orphanage and expressed a deep understanding for the complex struggles that they face. A 501 (c) (3) charitable organization founded in 1869, St. Peter’s provides a residential environment for adolescent boys without parents or guardians. McNamara, herself a parent who first joined the orphanage as a therapist 22 years ago, said many of the young men have special behavioral or emotional needs.

Assemblyman Anthony M. Bucco (R), who represents New Jersey’s 25th legislative district, also addressed the attendees and echoed McNamara’s sentiments. He congratulated her and all those involved for pulling together an impressive event. Bucco suggested that members of the audience can show their appreciation for the generosity demonstrated by the chefs by patronizing their restaurants and businesses.

It was interesting to observe the dynamics of the many chefs interacting during the event. The food business is demanding and chefs take pride in their skills and accomplishments, and are keenly aware of their competition in a given market. However, this group—rising to the occasion and inspired by the convivial spirit of the event—demonstrated nothing but love, respect and compassion for each other; sincere warm hugs and handshakes were seen throughout the festivities.

The warm spirit generated by the chef was demonstrated from the get-go, according to Schafer. “I called 30 chefs to participate and guess how many chefs are here today,” he asked. “Thirty! No one needed to look at their calendars. When I told them about what we wanted to do, they just said: ‘We’re good. We’re in.’”

A 1988 graduate of the Culinary Institute of America, Schafer worked as an apprentice meat cutter at a Morristown supermarket in the early 1980s, which sparked his interest in the food business. He moved to North Carolina about 20 years ago, where he has operated restaurants in the Charlotte area, but frequently visits the Garden State. He also serves as a food industry consultant and caterer, and works for a variety of charitable causes. Known as the Brew Chef, Schafer developed his line of hand-crafted “Hopzalts” product line (natural salts, American hops and other blended spices).

In addition to Schafer, the full roster of chefs participating in the A Taste of Hope, as listed in the event program, included:

An additional special recognition was given to Chef Gustavio Rubio of the Madison Hotel.