The Kimchi Smoke Pop-Up is returning to the Alementary Brewing Company in Hackensack to feature the brand new Texan-Korean beer, Seoul Brothers!

On April 12 and 13, 2019, join Robert Austin Cho from Kimchi Smoke and Blake Crawford from Alementary to try their new collaboration beer, Seoul Brothers, while you munch on Southern-Korean barbecue.

The combination of Southern-Korean BBQ and craft beer was clearly bound to happen. Since 2016, Cho has brought his nationally-acclaimed Korean barbecue to pop-ups at Alementary, who are known for their scientific approach and award-winning flavor combinations. Cho expressed to Crawford the view he had for the “perfect” beer. The final product is reminiscent of makgeolli, traditional Korean rice wine, while maintaining all the properties of a beer. This style is Blonde Rice Ale with ABV at 7.5%. 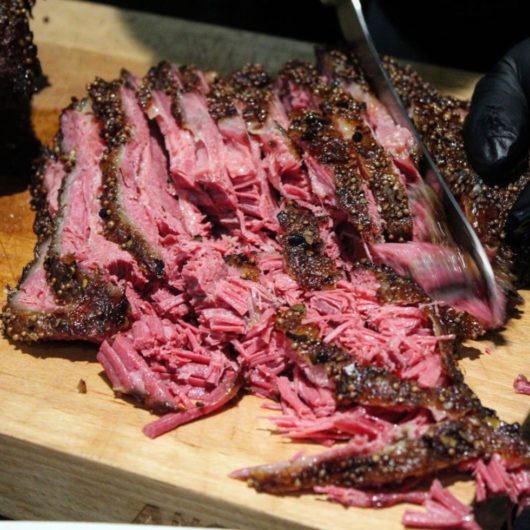 Seoul Brothers will be released in six 12 oz. cans at the Alementary pop-up event. Cho will be on site doing his regular pop-up thing: selling his signature 12-hour-smoked Bad as Texas Brisket and Korean Redneck Tacos.