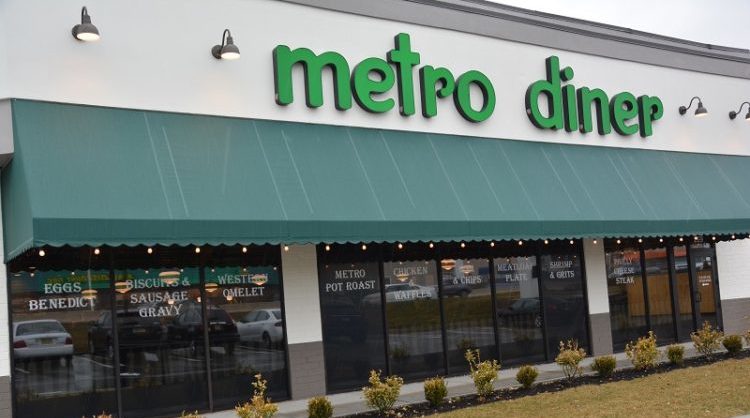 Jersey Bites was invited to visit Metro Diner and the meal was complimentary.

A diner opening is always cause for celebration, especially in the diner capital of the universe—New Jersey, that is. It offers another stop on the grand circuit of 500+ diners throughout the Garden State; Another place for people to meet, greet, eat and create memories.

There are plenty of reasons to celebrate the opening of Metro Diner, located on the southbound side of Route 18 in East Brunswick, which held its grand opening on March 12.

Metro Diner was buzzing with customers on a chilly, rainy Thursday morning—a warm, lively vibe filled with the sounds of conversations, short-order cooks preparing food, and platters being delivered to tables.

This was brunch, so my wife ordered corned beef hash with poached eggs and fluffy muffins. Yes, I’ll admit I snuck a few forkfuls of hash, and it was quite tasty! She was especially pleased with the muffins. For my selection, I zeroed in on the Charleston shrimp and grits. I’ve had shrimp and grits in South Carolina, but this was a jazzy twist on the dish. Instead of creamy, “loose” grits, the shrimp sat atop crispy, fried grits cakes packed with cheddar cheese and andouille sausage. A rich sauce with onions, bacon, and green peppers complemented the serving. Absolutely wonderful!

Wandering around the diner, I snapped a picture of Metro Diner’s signature dish: fried chicken and waffles with fresh, homemade strawberry butter. While I was at it, I also photographed a very good-looking veggie omelet paired with a heaping mound of shredded hash browns.

Metro Diner is built into a storefront property along Route 18, which allows for a spacious interior. Soft lighting, green accent lights, and tasteful interior appointments create a cozy environment. Sentimental diner purists will appreciate that fact that in addition to the tables, there is a short counter with stools, offering customers a full view of the open kitchen and sizzling grill, much like vintage diner cars and lunch wagons from the thrilling days of yesteryear.

Taste of the South

The menu, by design, has a Southern flair, with dishes such as the aforementioned Charleston shrimp and chicken and waffles, which gives the Metro a distinct flavor when compared to established Jersey diners. That’s another refreshing feature to consider: Rather than an endless “phone book” menu, I commend the Metro for focusing on classic egg dishes, salads and soups, burgers, sandwiches, and hot platters for lunch and dinner—all on three easy-to-skim pages.

Along with food, service and atmosphere, a true test for judging the success of any diner is how well it fits into a given community. Metro Diner is off to a flying start in this category, thanks to the skillful, collective leadership of Michael Killeen, the diner’s managing partner. Our server, Amanda Hager, provided friendly, fast, and knowledgeable service. The entire waitstaff was helpful, attentive, and cheerful. Their smiles were the energy that powered the new diner.

As a Jersey guy, Killeen proves that “you can go home again,” despite Thomas Wolfe’s 1940 novel, which said you can’t. Originally from “Down Jersey” in Millville, Killeen joined the Army in 1989 and served for eight years. He was discharged while in Savannah, Georgia, and began working there for the Cracker Barrel Old Country Store restaurant chain. Taking well to the business, he was soon promoted, moving to Tallahassee, Florida. Killeen later opened a new Cracker Barrel in Asheville, North Carolina. He established a solid resume in the restaurant business over two decades through his travels and experiences, but about nine years ago decided it was time to return to New Jersey.

While working at DeVry University in North Brunswick, Killeen learned from a business associate that the Metro Diner franchise was planning to open an eatery in New Jersey. He networked and landed the post of managing partner. From a business standpoint, Metro Diner traces its roots to 1938 and Jacksonville, Florida, and has since become a successful enterprise, with establishments throughout the South, Pennsylvania, and Delaware. The East Brunswick Metro is the first in New Jersey and the 70th diner overall in the group’s stable of eateries.

The diner’s business culture puts a strong emphasis on local ownership of each diner, along with developing community relationships. Killeen pointed to the business slogan: “Where the Locals Eat.” He took this philosophy to heart to help launch the diner. As a member of the local Elks Lodge, Killeen and his wife and business partner Jennifer, in March, organized a charity event to help open the diner and raised $13,500. Several local news outlets covered the fundraiser. He said this kind of community outreach will continue to be part of Metro Diner. 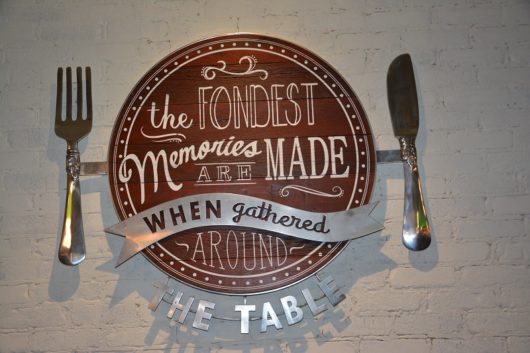 Killeen absorbed the dynamics of Southern hospitality while employed in the Cracker Barrel business. It’s a courteous sensibility that serves him well and easily translates as part of the informal, down-home charm that’s appreciated for beloved Jersey diners. “It’s all about ‘How y’all doing today,’’” he said with a smile—and a Southern accent. “People like that kind of comfort and attention,” he said. “You take time to visit each table and make the customers feel welcome.” A friendly greeting might seem like a simple thing, but it’s how you begin building customer relationships, one at a time, according to Killeen.

From a statewide perspective, Metro Diner is part of a quiet resurgence of new diners that has taken shape in recent years. The list includes JB’s on 33 in Farmingdale, the Chit Chat in West Orange, the Majestic in Ramsey, the Maple Valley in Clifton, plans for a “new” Olgas in Marlton, and the reopening of Geets in Williamstown. All these are making way for a new generation of diners in New Jersey: site-built or retrofitted structures. New Jersey still has a host of vintage, factory-built, stainless steel diners. Yes, the diner business is evolving, but the diner business—going back to the days of lunch wagons—has always been evolving.

In addition to its regular menu, the Metro features daily blackboard specials. The lunchtime Chorizo burger, with lots of trimmings, sounded rather tempting. We decided to get dessert to go: two yummy slices of pecan pie. The 45-minute drive home on the Turnpike and Parkway was intermezzo.

Killeen promised that other desserts soon will be offered for the spring season, such as Southern peach cobbler. Now let’s see… peach cobbler? Yeah, I’ll be back for some of that.