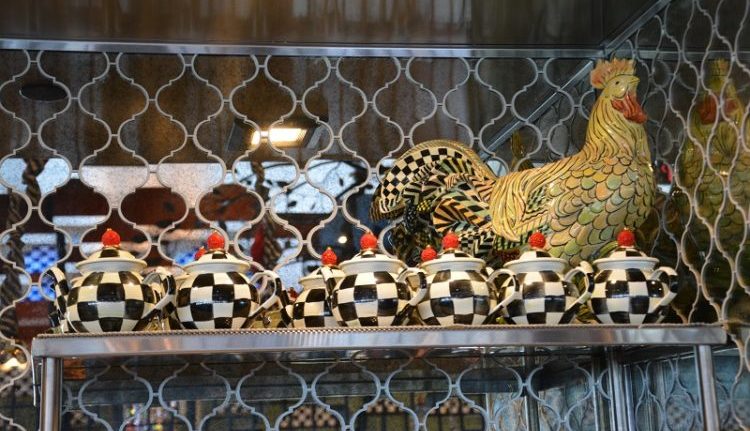 Here in New Jersey we have vintage, factory-built, stainless steel diners from the 20th century; modern, palatial diners decked out with retro accents and neon lights; and friendly storefront diners in shopping malls. And now we have a diner that resembles a dark, medieval castle, sitting in the misty meadows of western Essex County. It’s safe to say this is unlike any diner you’ve ever seen, and its unique design and good food are attracting patrons from the West Orange area and beyond. 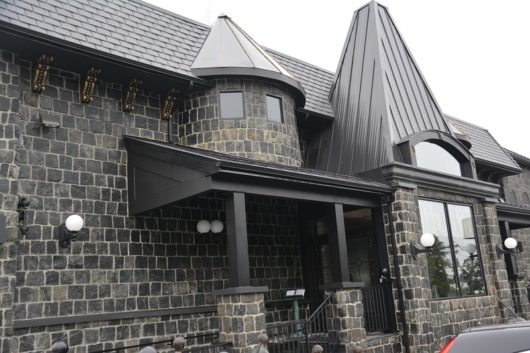 Welcome to the Neighborhood

The new Chit Chat Diner in West Orange initiated a soft opening in late July/early August and the place is now running at full speed. The diner sits in the footprint of the old Eagle Rock Diner—the sister spot of the Chit Chat that operates in Hackensack. 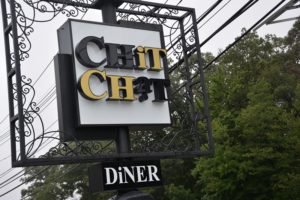 Stepping into the castle, it’s clear that the Chit Chat demonstrates a reimagined concept of interior diner design. While most diners—even many site-built modern diners constructed in the last 20 years—lean toward a more intimate interior atmosphere, the Chit Chat is open, airy, and spacious, with high ceilings and large picture windows. Soft ambient light permeates the dining areas.

Patrons at the new Chit Chat Diner will see decorative hanging lamps and chandeliers, grand umber-toned wooden wall panels, and a checkerboard design that dominates the floor, walls, and even the decorative accent pieces. Interior highlights also include splashes of blue, silver, and orange, most notably at the counter and the fabrics used for dining room chairs. There is a most-regal dessert case, stocked with cakes, pastries, and pies fit for any queen, princess, prince, or king. Metal statues of playful children can be found throughout outside grounds of the diner. All told, it’s a feast for the eyes. 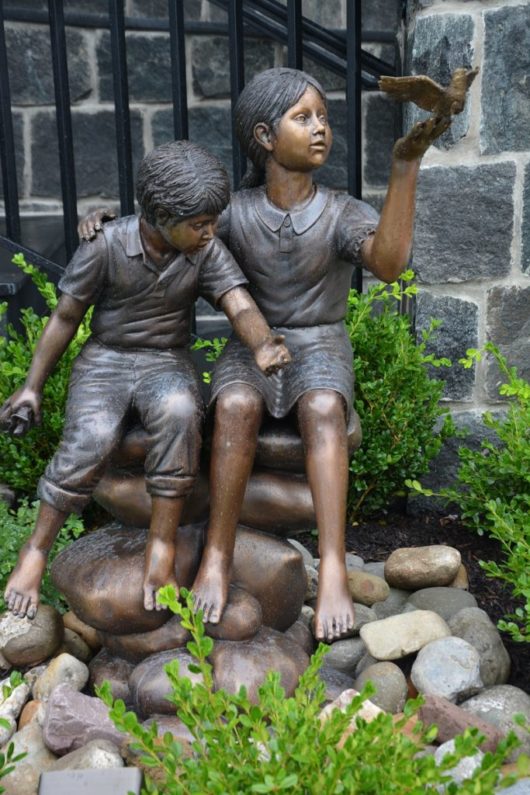 Speaking of feasts, this reporter sat down for breakfast at the castle and ordered French toast with bacon—very tasty. The dish included a most thoughtful and much appreciated surprise: a small bottle of real maple syrup, not the usual sugary goop. Coffee was good, but the topper for the meal was a cup of creamy, smooth cappuccino, expertly prepared via a high-tech, digital espresso machine. This was most impressive. 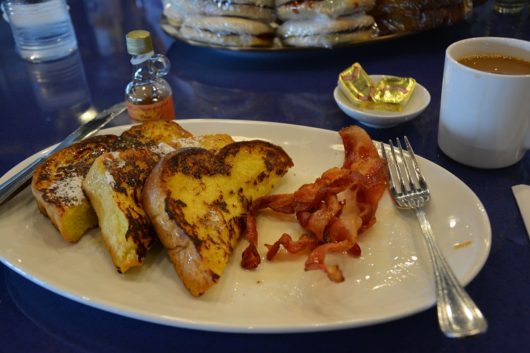 A few items jumped off the menu:

Among the lunch and supper entrees, the grilled Angus skirt steak, fajitas, and pan-fried salmon all seem especially tempting. The menu includes hot open-faced platters (turkey, roast beef and meat loaf) and an assortment of sandwiches and wraps. In addition, there are 19 salads, a host of specialty burgers and fries, and a list of appetizers—many with a Tex-Mex flair (chili con carne, empanadas, nachos, tacos, and guacamole and Pico de Gallo). 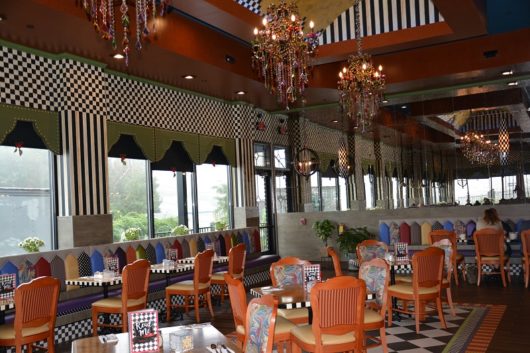 The opening of the Chit Chat in West Orange is one component of the quiet wave of new diners in the Garden State. The Majestic Diner on Route 17 in Ramsey opened its doors in October 2014. Recent newspaper stories in South Jersey reported on plans to build a new Olga’s Diner on Route 73 in Marlton. Geet’s Diner, a stainless steel landmark on the Black Horse Pike in Williamstown celebrated a reopening with a ribbon-cutting ceremony last March. The ongoing saga of New Jersey diners is ever changing, with a mix of old and new.