When you purchase wine at a New Jersey restaurant or shop, you are actually making a connection to the area, the family, and the traditions that have produced the wine. Georges Duboeuf is a renowned winemaker from the Beaujolais region of France and his brand’s selection can be found in restaurants and markets throughout New Jersey. 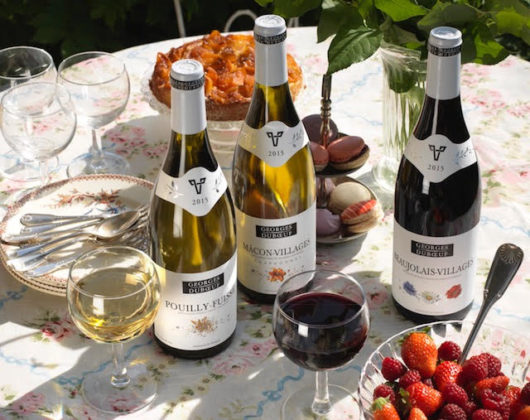 A Bit of History

For more than four centuries, the Duboeuf family has been producing wine. Georges is recognized worldwide for his dynamic spirit, sense of community, and the desire to produce the fine wines. He created Les Vins Georges Duboeuf in 1964 when he also began his wine merchant business by selecting, bottling, and selling fine French wines from the Beaujolais and Mâconnais regions of Burgundy. Now, over 50 years later, Georges and his son, Franck Duboeuf continue their distinguished winemaking traditions.

The Beaujolais region is located north of the bustling city of Lyon and is easily accessed by car or train. Beaujolais is a band of fertile hills that spans about 35 miles north to south and is approximately nine miles wide. Its vineyards are situated along the picturesque Saône River, where winemakers have crafted wine since the days of Ancient Rome. Beaujolais has one of the highest vine density ratios of any major wine-producing region in the world. Because of its temperate climate, crops flourish in the area with the Gamay grape having the highest yield. People often tour the area to engage with the wine community and experience the beauty of the landscapes. Visitors can also enjoy strolling the streets of charming villages like the Golden Stone Village or Oingt, hiking to the top of the Rock of Solutre (pictured at top), and visiting Le Hameau Duboeuf, where a fascinating 15-room museum tells the story of centuries of winemaking and culture. 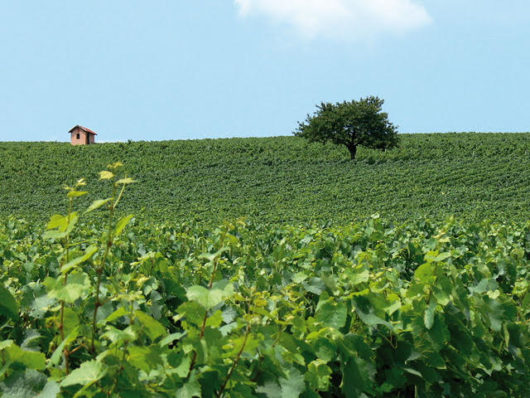 Several restaurants in New Jersey have wine lists that include Les Vins Georges Duboeuf. For those who like to dine along the Jersey shore, the Breakers Hotel in Spring Lake serves Duboeuf’s Beaujolais Villages and their Pouilly-Fuissé.

The Peacock Inn in Princeton has a well-curated wine list by Georges Parkinson, their certified sommelier, with the Court of Master Sommeliers. The Inn serves a number of wines that include Domaine des Quatre Vents Fleuri and Jean Ernest Descombes Morgon. Parkinson commented, “The Duboeuf wines that I have selected for our wine list pair very well with our American Mosaic culinary program. They are fine representations of the terroir.”

Wine drinking is an experience in itself. A sip of Les Vins Georges Duboeuf can take you on a journey beyond New Jersey, to another place known for its beauty and agriculture: Beaujolais. And as they say in France, “Santé,” to your health.

Quintessential Wines, based in Napa, California, is the exclusive import, marketing and sales company for Les Vins Georges Duboeuf. For information, click here.