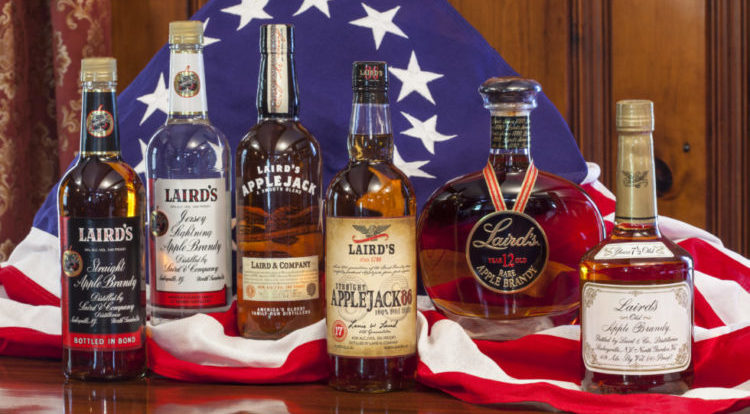 Imagine it’s July 3, 1776. You’ve arrived at the tavern in Colts Neck, New Jersey, for your monthly training day with the local militia. It’s usually a raucous social affair that includes more time in the tavern than on the training ground. Today is different. There have been rumblings from the Continental Congress about a declaration of independence from the mother country. The forest of ships’ masts in New York harbor is, this very moment, disgorging hordes of the King’s regulars on to Staten Island. The war that started in New England has now arrived on your doorstep. A tankard of ale won’t do today. You need something a little stronger to brace up. “Mr. Laird’s applejack, please.” 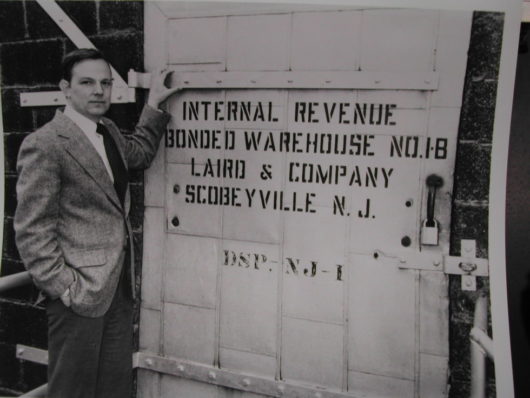 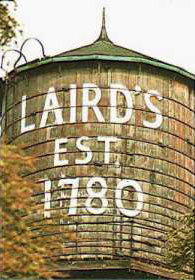 It’s almost impossible to recreate the gravity of that moment 242 years ago. You can taste it though. The Laird family is still making applejack (also referred to as apple brandy). After nine generations of continuous operation, Laird’s is the reining authority on this Jersey-style tipple. The first Laird, Alexander, emigrated from Scotland in 1698 and started distilling the locally plentiful apples in Monmouth County, New Jersey. The family has been at it ever since.

For the unfamiliar, applejack is technically a brandy distilled from apple cider. Laird & Company crushes apples and lets the juice ferment naturally. The resulting cider is put into a pot still and distilled. Pot stills, as opposed to column stills, tend to leave a little more of the character of the original ingredient in the finished product. Finally, the applejack is aged at least three and a half years in once-used oak barrels. (New oak isn’t used as it would impart too much wood character and overwhelm the delicate apple fragrance that is a signature of the spirit.)

In a recent phone interview, Lisa Laird Dunn walked me through the company’s product line. She also gave me some interesting family lore, but more on that later. Lisa represents the ninth generation of family ownership and is an enthusiastic ambassador for the brand. She credits the resurgence of interest in classic cocktails for the rediscovery of applejack. Mixologists looking for historic recipes found references to applejack and have started experimenting with it. While that may be true, Lisa has been tirelessly representing the brand. On the day following our conversation, she was off to Kentucky for a tasting event. Selling applejack in Kentucky is the very definition of ambition! That state is kind of famous for a different brown liquid.

Anchoring the product line is Laird’s Blended Applejack. It was developed in 1972 when brown spirits fell out of favor. Neutral grain spirits are blended with the applejack to create a lighter product that still retains an apple presence—especially on the nose. Blended applejack is a nice twist for classic cocktails (I like it in Manhattans or with a splash of cranberry) and is also great by itself, on the rocks. Lisa believes that its versatility is what makes it so popular.

Straight Applejack 86 is the newest addition to the lineup. Sort of. It actually evokes the pre-Prohibition flavor of applejack. As the name implies, it isn’t blended with a neutral spirit and is 86 proof. Applejack 86 has been nominated for the best new cocktail ingredient by Tales of the Cocktail, a global leader in spirits education.

George Washington famously asked the Lairds for, and received, their applejack recipe. Straight Apple Brandy Bottled in Bond is pretty close to the flavor he would have enjoyed. Bottled in Bond refers to the Bottled-in-Bond Act of 1897, which requires that the spirit is distilled in one season, by one distiller, at one distillery. It also has to be aged in a government-supervised warehouse for at least four years and be bottled at 100 proof. Basically it’s a quality assurance measure. The charred oak barrels that Laird’s uses for this version starts to impart more of a baked apple quality as opposed to the fresh apple flavors found in the previously mention varieties. That character will get stronger with more time in the barrel.

That brings us to the 7½ Years and 12 Years Apple Brandy. Laird & Company President Larrie Laird hand picks the barrels for these two expressions of apple brandy. Here’s where the flavor reaches its height of complexity. Rich and woody, they are best enjoyed neat in a brandy glass. Only 30 cases of the 12-year-old brandy are released every year.

In stark contrast is another recent addition, this one called Jersey Lightning. It’s clear and unaged so it really shows off a bright, fresh apple expression. This version might also be familiar to our fictitious militiaman from 1776. Lisa tells me it goes great with tonic water. I’ll have to try that. 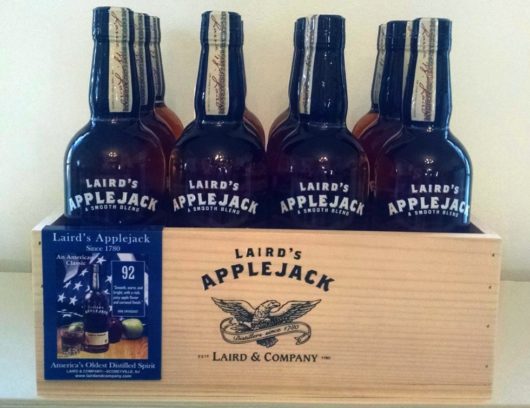 Finally, here’s a little family history that Lisa shared with me and that I had known nothing about. As known as the family is for applejack, in the nineteenth century, they were just as famous for racehorses. Before the Kentucky Derby, there was a North/South horse race that pitted the champion horse from the North against the champion from the South. Sectional rivalry ran high in 1842, less than two decades before a real civil war would break out. Seventy thousand fans would watch as the northern champ, “Fashion,” beat the improbably named southern stallion, “Boston,” in two out of three four-mile heats. Fashion’s trainer was none other than Samuel Laird, and her jockey was his son Joseph. In 1980, 120 years after her death, she was inducted into the National Museum of Racing and Hall of Fame. I’d like to think they broke out some 12-year-old applejack to celebrate both occasions! 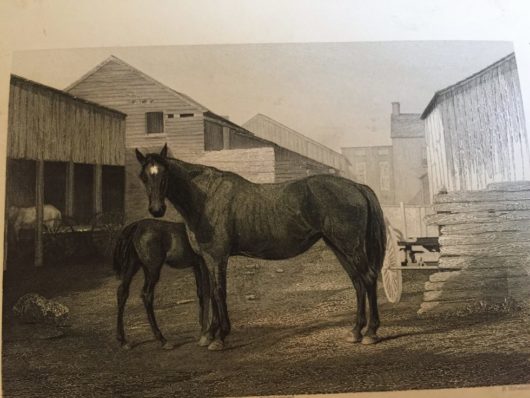 It’s with great pride (and some relief) that Lisa told me that her son will be coming on board at Laird & Company this fall. He will represent the tenth generation of a remarkable New Jersey—and American—tradition. I’ve always thought of applejack as a fall drink so, with our nation’s birthday upon us, I had to ask about how to enjoy it in the summer.

Kentucky has her mint julep. I guess Jersey has her Laird’s apple snap. Just like Fashion, it’s a winner. Happy Birthday, America!