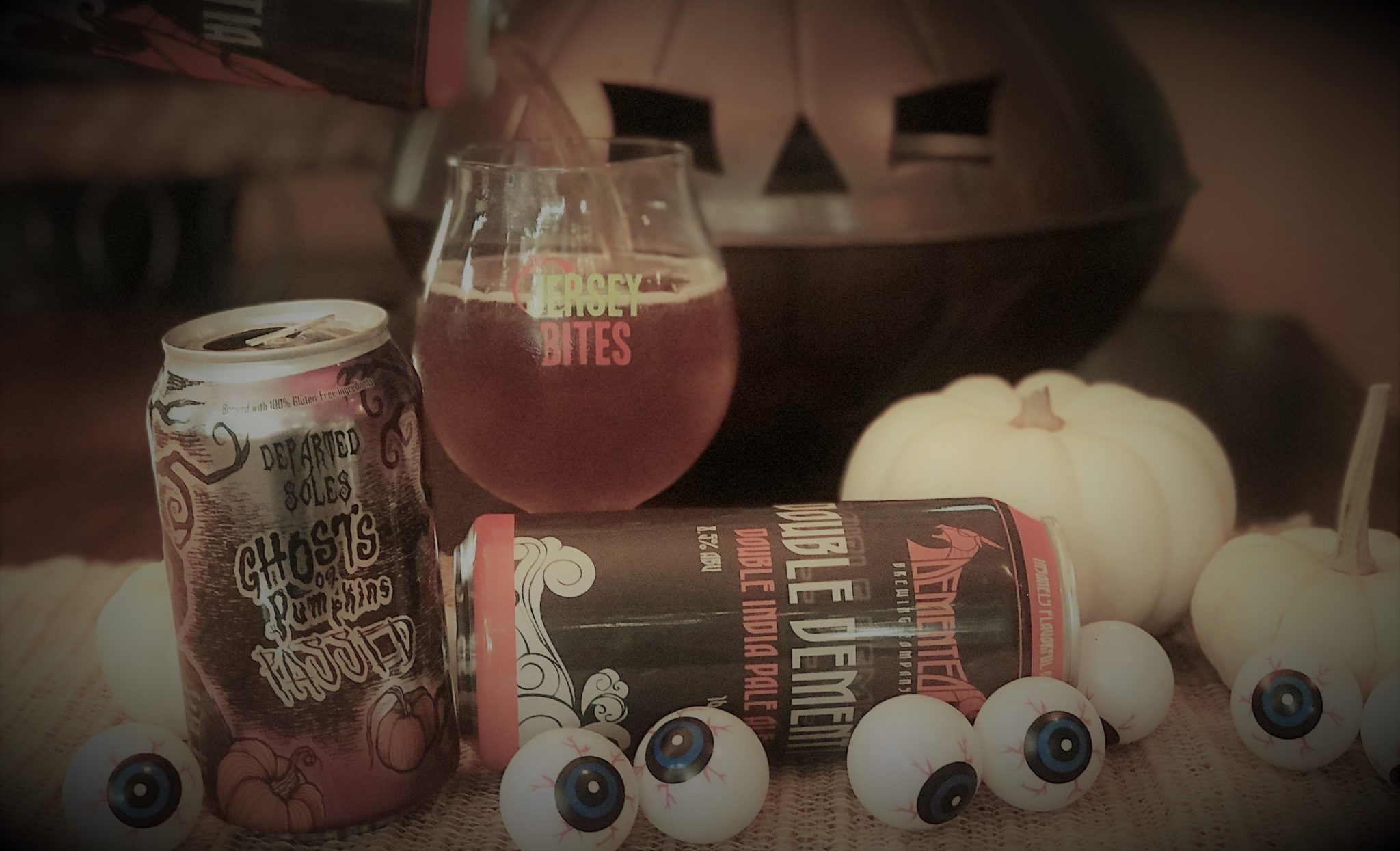 It’s October: the scary month. Yes, there are fall festivals, Oktoberfests, foliage, and baseball playoffs, but the underlying theme of the month is a celebration of the macabre.

It’s also a perfect time to drink some local beer that will scare the “bleep” out of you. So carve your pumpkin, put the finishing touches on that zombie costume and turn on your favorite slasher flick. Now it’s time to crack a few spooky brews.

Let’s start in one of the most ghost-infested places in the state: Cape May. Cape May Brewing’s Devil’s Reach is an ephemeral Belgian golden ale that drinks light and fruity but has an alcohol punch that will sneak up on you like Jason in a creepy hockey mask. The beautiful Belgian yeast will haunt a cheese plate like the ghost of Sarah Davis at the Hotel Macomber.

Devil’s Creek Brewing, in Collingswood, is an obvious choice to continue the Beelzebubian theme. The ominously named Blood and Bloom is an imbrued IPA, infused with blood orange and hibiscus. I dare you to drink it in the spirit infested Scottish Rite Auditorium where the ghost of William Hurley, a previous owner, occasionally makes an appearance.

Kane Brewing’s A Night to End all Dawns, out of Ocean Township, sounds like a zombie apocalypse and disappears as quickly as that thing you thought you saw out of the corner of your eye out in the woods. It’s a 12.4% ABV monster of a barrel aged stout that’s as complex as the plot of a Steven King novel. We all know that friend of a friend who has claimed to have tasted it, but there’s no real evidence of its existence. If you find it, drink it.

You can take your pick of nightmare beers at Demented Brewing, in Middlesex. They recently released Gallows Hill New England style IPA (7% ABV), which is only one in a line of menacingly named beers. Fiend is an ironically named 3.6% ABV English mild that packs a coffee kick. Then there’s Wrath, an 11% ABV Bourbon barrel stout that will surely have you seeing ghosts like the ones reported at the nearby Dunellen Hotel which stocks Demented’s beers. Even Demented’s logo is perfect for a Halloween theme.

Last, but certainly not least, any conversation about spooky beer must include Departed Soles, based in Jersey City. We all have our thoughts on pumpkin beers but Ghost of Pumpkins Passed is a sessionable, gluten-free amber ale that features cinnamon, clove, ginger, and nutmeg. While you’re there, keep an eye out for the Eyes of St.Joseph—the mysterious glowing lights sometimes seen in the belfry of St. Joseph’s church on Pavonia.

Whichever spooky brew you choose this Halloween, make sure you drink a toast to Mother Leeds and her 13th child who, as legend says, still haunts the darkest corners of the Pine Barrens to this very day.
Happy Halloween!