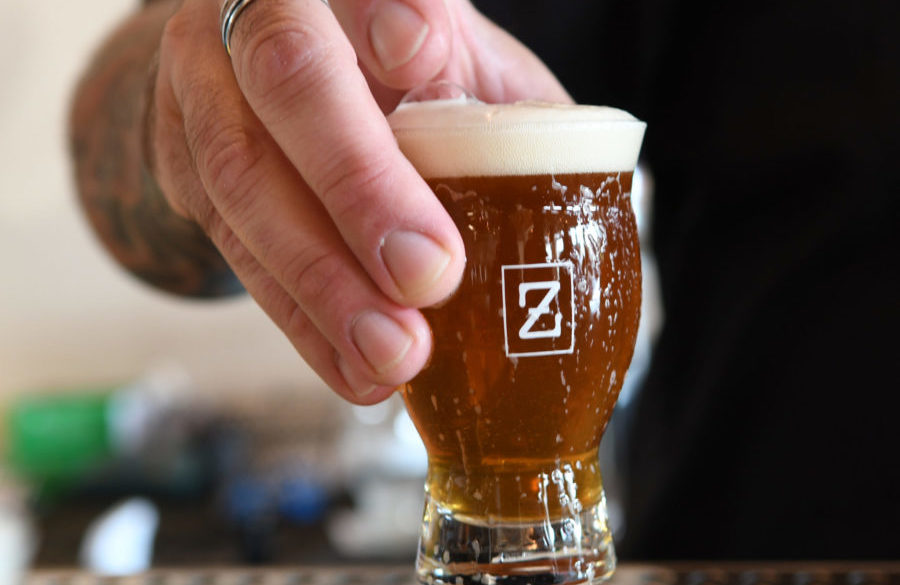 When I received the invitation to attend the opening of Zed’s Beer, I have to admit that I had no idea what a Zed Beer was.

What’s in a Name?

I quickly learned that Zed’s is the latest in the rapidly growing list of small New Jersey breweries. It’s a five-barrel storefront brewery with a slick-but-friendly tasting room located in Marlton. Named for cofounder Geoff Bado’s great-grandfather, Zed’s is kind of a family tradition. The brewery’s namesake was a Hungarian coal miner who brewed beer for his village. Bado’s grandfather-—the next generation—ran a beer garden outside of Pittsburgh.

The Start of Zed’s Beer

Given that history, Geoff’s wife, Lori White, should have known better when she gave him a Mr. Beer kit as a gag Christmas gift 20 years ago. Bado went on to take classes at the renowned Seibel Institute for brewing in Chicago, get certified by the Beer Judge Certification Program and join the Barley Legal homebrew club. Lori is even a member of the Pink Boots Society of women professionals in the beer industry. Those are some pretty good brewing chops. 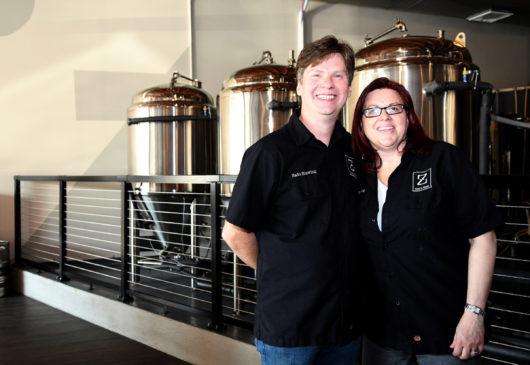 You’re going to need those chops when you hang your hat on low alcohol session style beers that are approachable for the noobie, yet complex enough for the craft veterans. The opening line up features a West Coast IPA that clocks in at 6.0% ABV and 72 IBU (International Bittering Units) and an English Mild at 3.9% and 19 IBU’s. In between them there is my favorite: Backyard Copper Cream Ale, which is silky smooth with a touch of Centennial hop bite. To my great delight Zed’s also had one of the most underappreciated styles in craft beer. Hints of bitter chocolate, roasted coffee, and a crisp finish put their Dry Irish Stout right on point. It’s lighter than it looks. It’s almost mandatory for a brewery to include local ingredients and Zed’s Golden Peach showcases fresh Cheyenne Farms (Marlton) without being gaudy.

If the beers are friendly and approachable, so too was Marlton and Evesham Township. When the council heard that Bado was looking for a space for his brewery they approached him instead of the other way around. Over the last couple of years, it seems that many municipalities have come to appreciate the sense of community that a local brewery and taproom can create. Fittingly, Evesham Township Mayor Randy Brown was on hand for the ribbon cutting ceremony. And despite the mayor’s claim that he doesn’t drink beer, he was spotted sampling the wares. 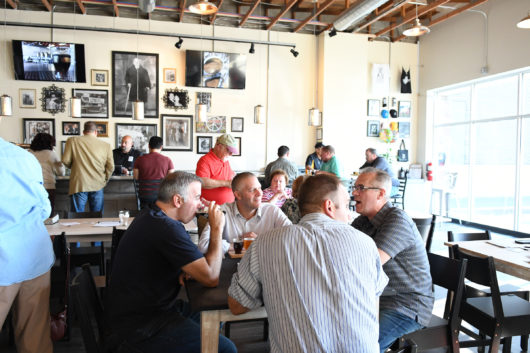 Zed’s beers are very food friendly, making it a great place to stop for a tasting flight and a growler fill on your way to your favorite BYOB.  Here was their opening day lineup: 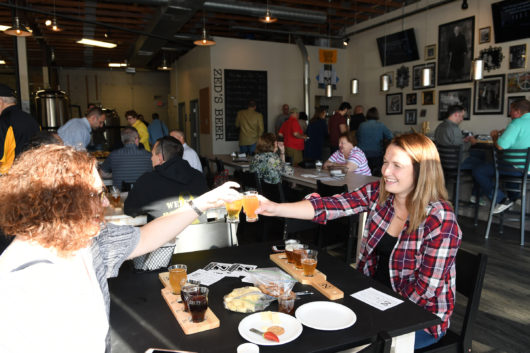