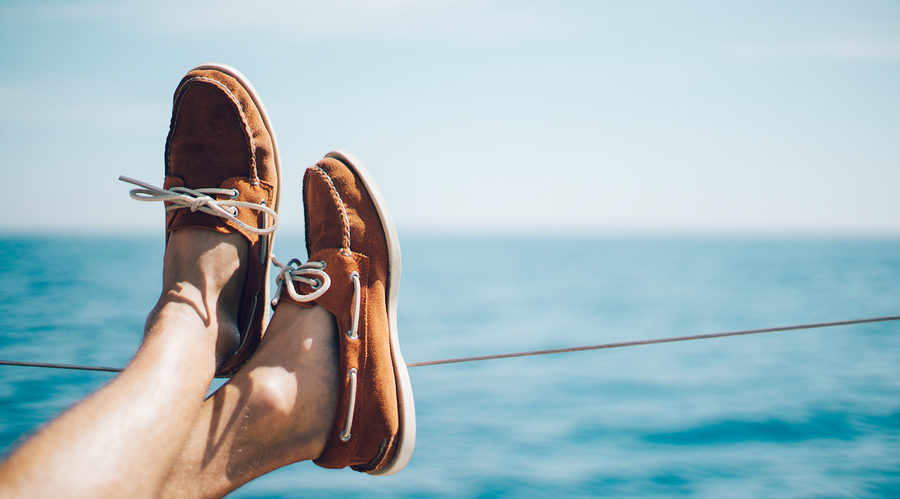 New Jersey has 130 miles of coastline and more rivers and lakes than I can count. We’ve also got about 80 operating breweries. It’s inevitable that some of the beers from all of those breweries would be named after the vessels that carry us over all of that water.

Recently, Icarus Brewing in Lakewood launched Yacht Juice, a 7.7% Imperial IPA hopped with Citra, Mosaic and Columbus hops. Not to be outclassed, Czig Meister (Hackettstown) has run out the ensign with USS Mosaic – The Admirals Flagship. Her 8.8% ABV guns are loaded with a broadside of Mosaic hops.

If you’re not of the country club set or in command of a navy, but rather more of a humble sportsman, step aboard Kane Brewing’s (Ocean Township) Sneakbox. Popular with waterfowl hunters, the sneakbox is a boat that was developed on Barnegat Bay. It’s small, has a shallow draft and can be sailed, poled or sculled with a crew of only one. Kane’s version is also shallow draft at 5.2%ABV, and is a drinkable citra hopped pale ale. Humbler still is Ship Bottom Brewery’s (Beach Haven) Stupid Paddle Boat, which is a 4.4% IPA hopped with Citra, Amarillo, Simcoe and Columbus hops. I’m not sure what they have against paddle boats but it sounds like a lovely beer.

If you’re at all familiar with the Jersey craft beer scene you’re probably wondering how I went three paragraphs without mentioning what may be the most popular beer of the genre. Back in 2011, when I first visited with Augie Carton at his brand new Atlantic Highlands brewery, Carton Brewing, he surprised me with a small beer (4.2% ABV) that was big on flavor. That beer was, of course, Boat. German malts make up a light and slightly hazy backbone for a blend of eight American hops. Kolsch yeast creates the magic. The Carton website advises, “Expect it to dance out of the glass with a whack of grapefruit and open into a crisp, stony tangle of white and yellow fruit with pine and moss notes.” I don’t think I could describe it any better.

In 2011, there wasn’t much talk about “session” beers. The term “lawnmower beer” usually referred to a macro lager slammed down to quench a thirst. Yet, for some reason, Carton brewing launched with an impossibly full flavored 4.2% IPA styled session beer as their flagship. It seems to have worked. It got people’s attention.

Itinerant brewer Stillwater Artisanal Ales was the first to fire a shot across the bow with a beer called Yacht. It’s a light, crisp and hoppy lager that’s sure to slake a thirst. Carton enlisted the help of Smuttynose Brewing (New Hampshire) and countered with Sit Down Son. As a 4% dry-hopped session lager, it was clearly aimed at Yacht. Stillwater hadn’t yet struck her colors. Give-Way, a 4.2% session IPA, was created with the help of Against the Grain Brewing in Kentucky. Carton finally ended the carnage with Stay Down, a black session lager also brewed with Smuttynose. Jersey guys always seem to get the last word.

It’s a wonder that no legal action was taken in this friendly dustup. Even the artwork on the cans started to look similar. It’s also significant that they were all presented in cans. You don’t take glass to the beach or the boat.

New England has its cloudy juice-bomb IPA’s. The West Coast has its supper hopped IPA’s and the Pacific Northwest has Cascadian Dark Ale. New Jersey has always struggled with her identity. People outside the state are very misinformed about what it’s like to live here. (Case in point: the Boston Globe recently claimed that Cape May is near New York City and Philadelphia. Cape May is actually farther south than Baltimore.)

New Jersey is not just a state you travel through to get somewhere else. We are a destination. There are about 80 breweries in New Jersey now, but sheer volume does not a beer scene make. Innovation does.

So I’m wondering, is a 4.2% hoppy session beer that “dances out of the glass” our thing? Maybe. Two New York breweries (of all places) may have answered that question. Industrial Arts and Other Half got together and brewed a dry hopped, low ABV lager they called Hello Sailor. They created the beer to “pay tribute to a couple of ice-breaking beers of seasons past, ‘Boat’ and ‘Yacht’.” What’s Augie Carton’s take on all of this? “As someone who strives to be an innovator, it’s always flattering to inspire someone else’s art, even more so when it’s people as talented as Stillwater or a team like Industrial Arts and Other Half. Each of them has been an inspiration to me.”

Whichever method you prefer for conveyance over the brine, be it grand or humble, it’s still a boat.