You can’t fight city hall. Isn’t that how the old saying goes? I guess no one told John “Yosh” Neshimka of the Linwood Inn Tap House in Linden.

Not only did he fight city hall, but he beat city hall.

Of his career in the bar and restaurant industry, Neshimka quips, “I guess you could call me a lifer,” and follows with a hearty laugh. He does that a lot. His first introduction to the business was at the age of 14 when he got a job at the legendary (but now closed) Dasti’s Italian restaurant in Linden. Now in his mid-50s, Neshimka has seen just about everything that the crazy restaurant industry can throw at you—except for that curve ball the city of Linden hurled his way in 2004.

The Linwood is your quintessential neighborhood sports bar. The walls are lined with pine and the large bar has a funky haphazard shape designed for maximum seating. Then there’s the 37 TVs. If there’s a game on that you want to watch, this is the place to go. The structure was built in 1862 but virtually no vestige of the original character remains. Still, there’s a sense of history here.

I may be biased. I’ve been to the Linwood before. My grandmother lived only a couple of blocks away. One Thanksgiving when I was just a tyke, my dad and uncle were sent out for bags of ice to replenish the dwindling supply. I was sent along as insurance, the wisdom being that they would never take little Pete to a bar. But they did. In those days the Linwood had an attached liquor store which, of course, carried ice. To make matters worse, the bar was open. That trip for ice took two hours. “Going out for ice” became a running family joke that my grandmother didn’t think was all that funny. It’s still family lore.

I’ll bet there are hundreds of stories just like that one attached to the walls of the Linwood. Maybe that’s why, when the city of Linden attempted to acquire the property, citing eminent domain, John Neshimka decided to fight.

It wasn’t until 2006 that John and Lori Neshimka found out about the eminent domain proceedings. “We heard it through the grapevine.” he said. By that point they had spent a lot of money on renovations, which included turning that attached liquor store into a much needed new kitchen. His family’s livelihood was at stake. Nine years of legal fees took a toll on his finances. The Neshimkas had to sell their house and move to a more affordable location. Georgia turned out to be that location. Seventy miles south of Atlanta is a long way from Jersey. Still, John spent half of each month at the Linwood. Sometimes he drove straight through because he couldn’t afford to stop at a hotel overnight.

Tough as they were, those seven years down south had a positive impact on the bottom line, and the menu, too. If you only eat one thing at the Linwood, let it be the hog wings. Neshimka learned about these slow cooked, dry rub pork shanks during his time in Georgia. Those days, which he calls his “laboratory time,” also opened his culinary mind to other styles of food. He’d been focused on Italian food from his formative years at Dasti’s and still makes a killer boardwalk-style pizza.

Now, Neshimka recently added a Korean barbecue shrimp appetizer that comes swimming in sauce with some crispy garlic bread to sop it up with. It’s almost a meal in itself. Of course, no neighborhood joint would be complete without an award-winning burger. They have one. 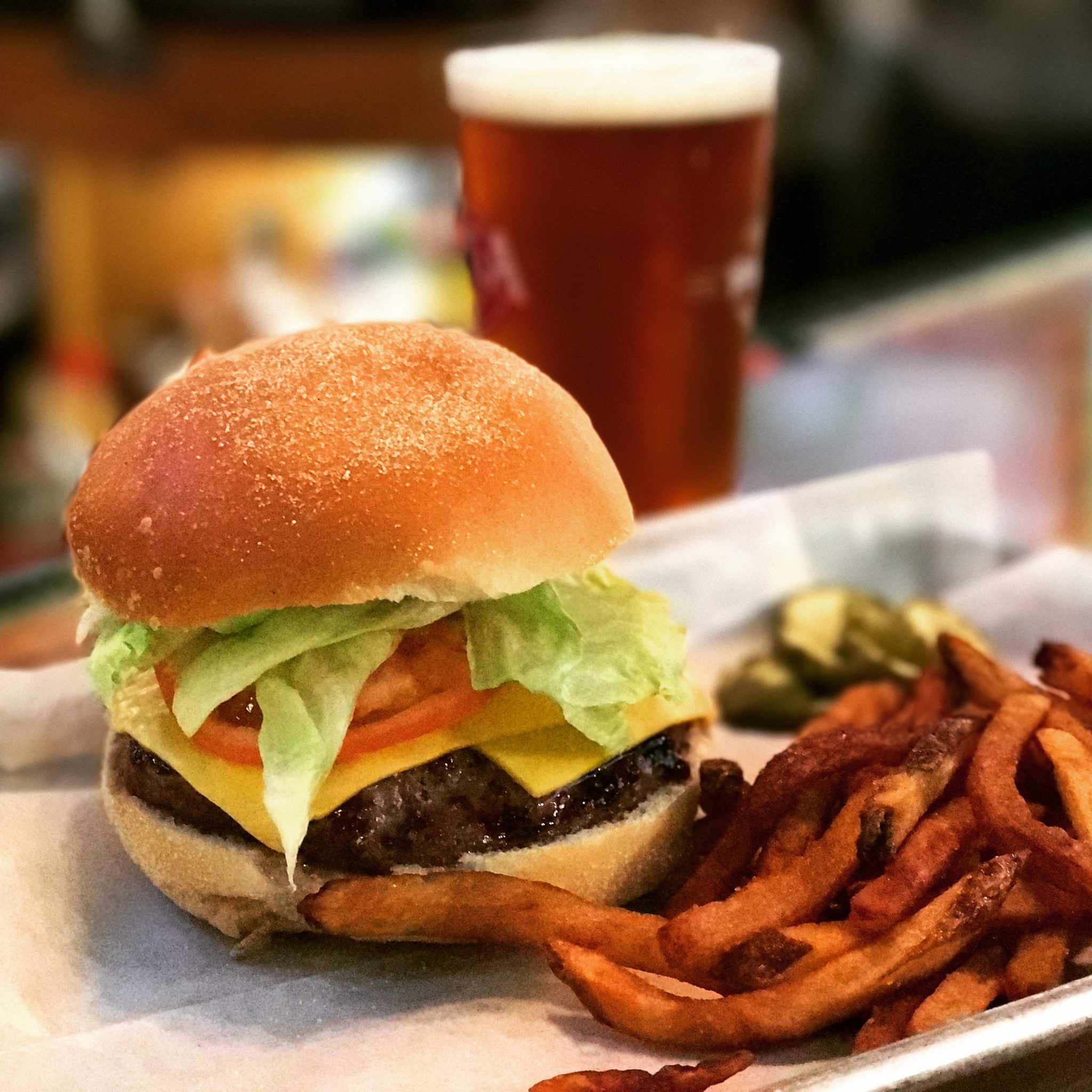 It’s a pub food menu that has some surprisingly tasty curveballs of its own. Even better, for the beer lover, there’s almost as many taps as there are TV’s so you’re good to go! 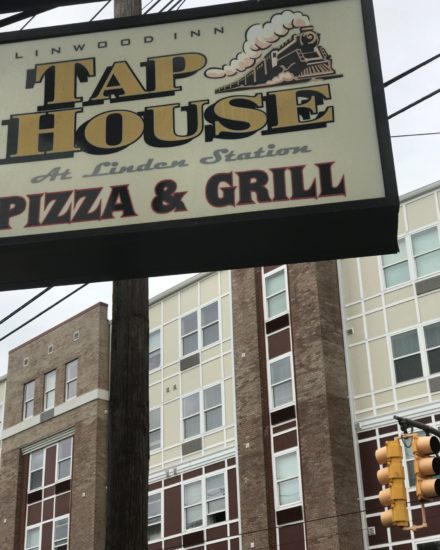 In the end, it all came down to a technicality. As it turns out, it was the previous owner of the property who received the official eminent domain notice. Since the Neshimkas hadn’t been officially notified, the city had to drop the case and today the Linwood Inn Tap House still stands at 15 South Wood Avenue. To make the happy ending complete, he roars, “I’m the only guy who moved back to Jersey! I guess I have to prove I’m Polish every day!” Since I share some of that heritage, I know just what he means. Someone who’s stubborn and tough with a good sense of humor is a formidable foe. To add a touch of irony, the blighted buildings that were taken over in that eminent domain initiative are now condominiums where some of his new customers live. Business is great and the Linwood is back on solid financial ground.

If you go on game day, don’t be afraid to wear your team’s jersey. You’ll get some good-natured ribbing but that’s about it. Just make sure you’ve got some stats in your back pocket. This crowd knows their stuff. Who knows, you might even make a new friend.

Sometimes a humble neighborhood bar is worth fighting for. This one sure was. Na zdrowie to the Neshimkas and the Linwood Inn Tap House!

This is the first in a series of articles that will highlight the great stories behind some of the most beloved Jersey Gin Mills and Joints that make up the character of the Garden State. If your local watering hole has a great story, I want to hear about it. Contact me at pculos@jerseybites.com and stay tuned.