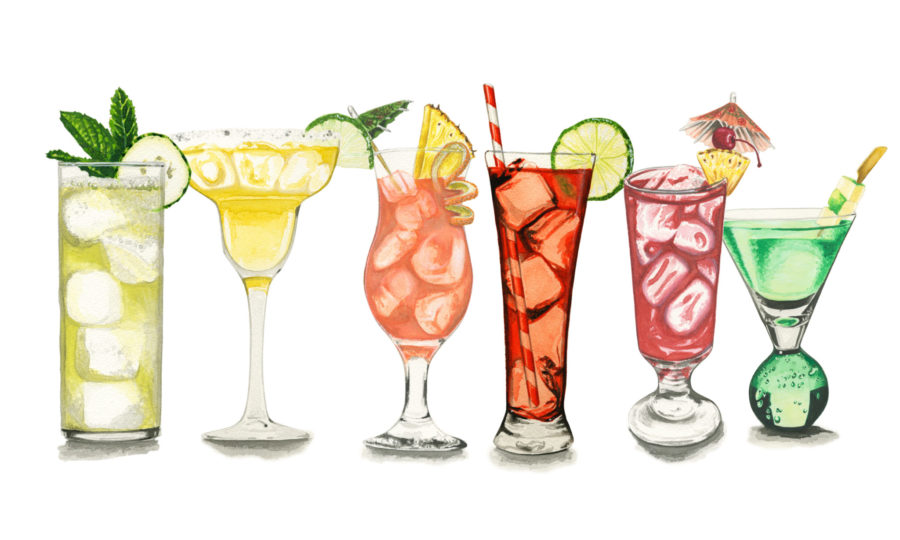 When two women get together, especially when they’re from New Jersey, with a goal to make life more enjoyable and easier, it’s hard not to pay attention. That’s exactly what Debra Walker, inventor of Bibo Barmaid and Amy Sutton of Claremont Distilled Spirits, in Fairfield, have done.

“I had a very good friend who was going to a birthday party for a two-year old,” recalls Walker. “Imagine dirty diapers, snotty faces, sticky fingers. It was at noon and she said to me, ‘I wish my Nespresso made cocktails instead of coffee.’ It was at that moment I thought to myself, why shouldn’t it?”

Walker is no stranger to creativity, with over 25 years of experience working with household names like Kraft, Crayola, and Merck. In June 2014, she decided to leave corporate America and begin the trek to bring the Bibo Barmaid to the public. Three years later, it hit shelves and can now be found online and in over 115 stores.

So what is Bibo Barmaid? True to Walker’s initial vision, it’s a cocktail-making system that’s sleek enough to store on your counter and quick enough to serve up an expertly mixed cocktail in less than 20 seconds. 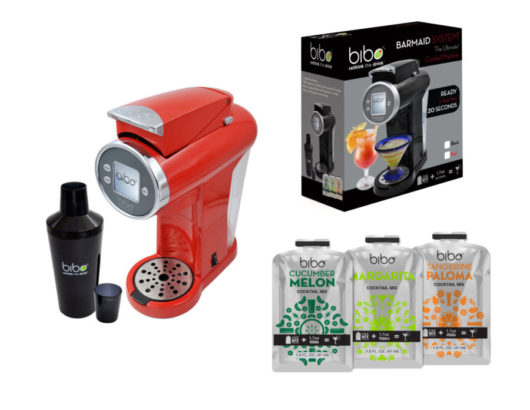 “I want to make cocktails accessible,” says Walker, who notes that even though most people would love a cocktail they tend to fall back on wine and beer, just because of their accessibility. “Bibo Barmaid is all about letting loose once in a while, getting together with friends, and really enjoying life.”

All you need is one of Bibo Barmaid’s cocktail pouches, some liquor, and water, and you’re seconds away from a tasty—and inexpensive—happy hour, right at home. With six cocktails (appletini, cucumber melon—a favorite of Walker’s, Malibu Mai Tai, rum punch, tangerine paloma, and margarita) and three alcohols (rum, vodka, and tequila), there’s really something for everyone.

Now for the collaboration with Sutton. When the two women met at a NJ business conference, they hit it off immediately. Soon after, they decided to collaborate, and they made the Bibo Barmaid even simpler. Debuting in December 2017, Claremont Distilled Spirits will create liquor packets to go with the cocktail packets. All you have to do is load up the two packets, push the button, and you’ve got yourself a cocktail. If you can push a button, you can make a cocktail.

“Even though I’ve been in the adult beverage industry for 21 years, my friends still make fun of me for being intimated by making cocktails,” says Sutton. “I’m really excited to make a cocktail that would be found in an upscale Jersey City restaurant in the comfort of your own home.” 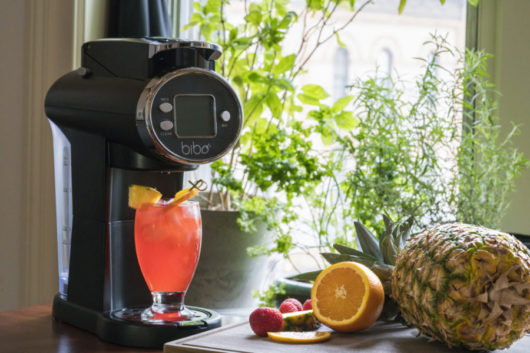 According to both Walker and Sutton, they just want people to “rethink the drink.” (That’s even the trademarked tagline for the brand.) With Bibo Barmaid, the founders hope that instead of buying $30 bottles of liquor and having no place to store them, both men and women will branch out and embrace last-minute get-togethers without the stress.

“If we can make your life simpler, that’s the goal,” says Sutton. “But if you want to let people think that you made these craft cocktails, then we won’t tell anyone if you don’t.”