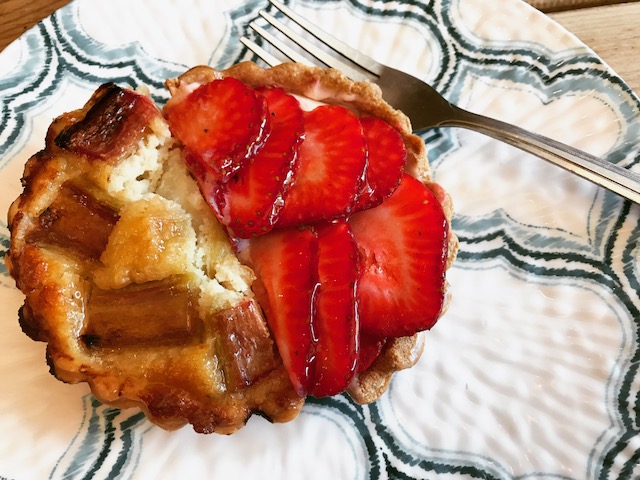 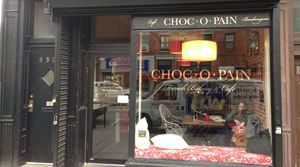 Note: Our writer was invited to visit Choc-O-Pain and received a complimentary meal.

I’ve written about the magnifique Choc-O-Pain French Bakery & Café in Hoboken on several occasions (here’s my Jersey Bites review and here’s my post about its Flourless Chocolate Cake on my blog) and was thrilled to be invited to visit its Jersey City location a few weeks back.

The space is just as charming as the Hoboken location with the very same maddening buttery aromas permeating the air. There are a few seats and tables for onsite dining and a display of handmade breads, croissants, pastries, and more. It’s an adorable place with very welcoming, warm employees.

I had the opportunity to speak with the owner, Clémence Danko. Danko moved from France to the United States in 2009 and quickly realized finding an authentic French baguette or croissant in northern New Jersey was difficult. She traded her pharmaceutical industry career in for that of a pastry chef, and after receiving the necessary pastry arts training, she opened the first Choc·O·Pain, in Hoboken, in 2012.

During my visit, I was able to sample the fresh pea soup with a Niçoise salad-like sandwich served on crusty, grainy bread. The soup was light, fresh and pea-flavor-packed—exactly what should be served on a warm spring day. I’m not a fan of tuna sandwiches and this version, which was vegan and a mock-Niçoise, was delicious. The kitchen staff replaces the typical tuna by combining chick peas, artichoke hearts, haricots verts, olives, peppers and onion and scoops the tasty concoction on five grain ciabatta. I also tried the quiche, made using New Jersey asparagus, with a side salad dressed in tangy dressing. This paired beautifully with the rich quiche baked in the flakiest, most buttery pastry crust one could wish for.

For dessert, I sampled two tart halves: rhubarb / almond paste and strawberry / pastry cream. The pastry, again with these tarts, was perfection. Danko mentioned the pastry doesn’t get soggy from the filling as the bakers first coat the inside of the pastry with white chocolate to create a moisture barrier, ensuring a crisp crust (note to self: steal this idea).

Fun fact about Danko: her shops bake baguettes at least twice per day regardless of whether or not supplies have been sold. She believes it’s not proper to have to eat a baguette baked in the morning at supper time. I couldn’t’ agree more!

A second Jersey City location is opening soon, so the sky’s the limit for Danko and her team.