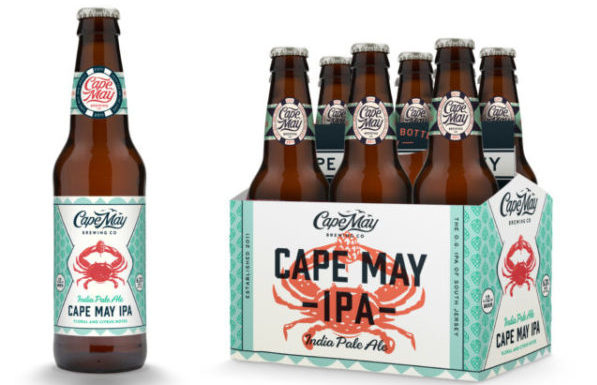 If you’ve been paying attention to the New Jersey craft beer scene lately, you’ve noticed that there is a lot going on down at Parkway mile marker 0. The Cape May Brewing Company is making a big splash.

The recently redesigned logo evokes a breezy, beachy feel, and the company has unified its visual branding. They’ve also just hired a CFO, John Appel, who comes with a Wharton school background. Back in April they brought on industry sales veteran Bill Zaninelli to serve as the director of sales and marketing. We all know that Cape May makes great beer, so what’s all this about then?

Zaninelli took the time to meet me for a Saturday morning cup of coffee and give me a little insight. His road to Cape May is a winding path that criss-crosses through Beck’s, InBev, as well as craft brands Long Trail and Otter Creek. In the end, he tells me, “I didn’t want to work for one of the big guys.” Those big guys seem to think that growth will occur just because they say so. Marketing a smaller brand can be tricky. For instance, if the production crew and the marketing department aren’t in sync, opportunity is lost. It doesn’t matter how good the beer is if marketing sells 30,000 cases but production can only come up with 2,000. You’ve missed the market. “And, you know, once you lose that, you don’t get it back,” he says. “There are 15 new IPAs coming out.” He knows. He’s seen it happen.

Zaninelli also knows that won’t be a problem at Cape May. The company has a world-class production manager, Jimmy Valm, who ran the UK production facility for Heineken, also knows distilling, and ran production for Brooklyn Brewing. In addition, “[Cape May has] a really great brewer in Brian Hink.” The brewer and production guy are, as Zaninelli quips, “Siamese twin-like.” That’s critical to putting out a reliable, good product and avoiding situations like the one mentioned above. Even the staff at Cape May’s ever-expanding tasting room are top notch. “Everyone who works there is great. They all care and you can tell.”

Cape May isn’t just investing in talent. “They’ve invested the right way,” Zaninelli says. “We’re one of two or three [New Jersey breweries] that has a centrifuge, which is vital to consistency.” There is also a full-time chemist, Lauren Tomaszewski, who tests daily. The centrifuge has already played a key role in a beer that Zaninelli sees as the leading summer seasonal staple. Without it, the Bog, a pink cranberry shandy (don’t laugh, it’s delicious!), is pretty cloudy. The clarity provided by the centrifuge makes it a pretty shade of pink and a palatable summer treat.

So what’s the plan for Cape May Brewing going forward? It’s going to take some time to collect enough data to establish a base line and make accurate sales forecasts, but there’s some anecdotal evidence that Zaninelli can use to get started. Last summer, they ran out of one of their lead brands, Cape May IPA. That might sound like good news, but the real key is to produce just enough to support the market as it expands. Beer geeks are all too familiar with scarcity marketing, which results in long lines at the brewery and a fair amount of buzz.

However, scarcity isn’t part of a growth plan and Cape May certainly plans on—and is poised for—growth. The company’s “Jersey first” plan will be anchored on a few well-placed reps and the continuation of their self-distribution program. “I really don’t see many craft brands that could currently self-distribute to the whole state,” says Zaninelli. With the investments they’ve made in man and machine that certainly seems possible, but they will continue to explore all options to increase New Jersey distribution. They are going to be using a mobile canning service because the canning line they want to buy doesn’t fit in the space they have now. Consequently, plans to build and expand the brewery are underway.

The bottom line is that craft brewing—any brewing—is a business. Brewing good beer is still essential but being smart in the marketplace is another true necessity.