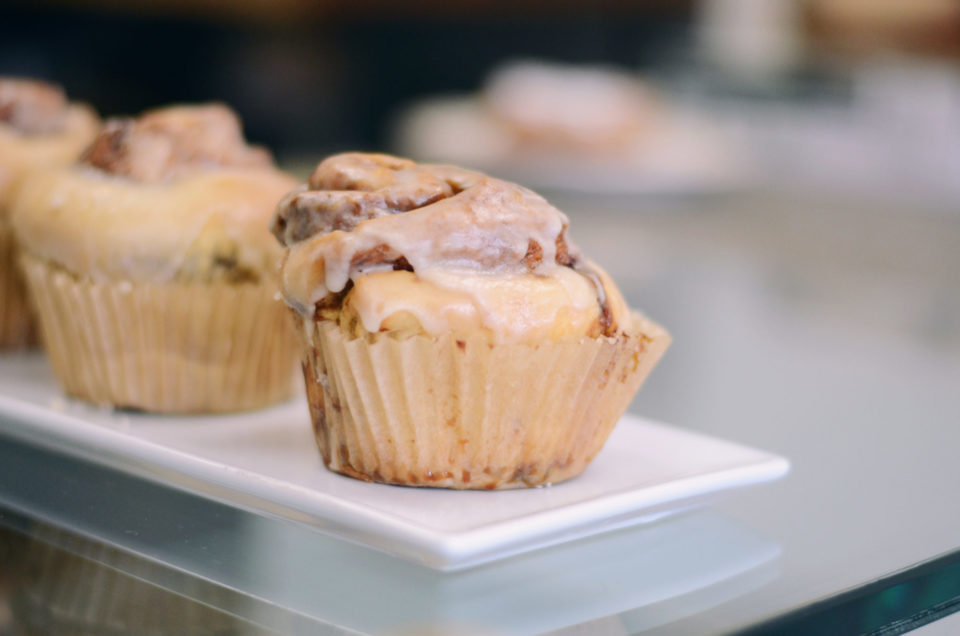 A little over a year ago, Alex Mazzucca and Cara Pescatore of Seed to Sprout, a vegan eatery located in Avon since 2012 and Fair Haven since 2015, found themselves struggling to frost a wedding cake in the back of their tiny restaurant kitchen. They’d recently started advertising their custom cakes more heavily and custom orders were pouring in. They quickly realized there was no way they were going to be able to keep up with the cakes if they only had two small kitchens that also needed to produce food for their restaurants and catering orders. They needed a dedicated space to create their pastries and sweets that are nourishing but still delicious–a bakery, like they’d dreamed about since the early days of their business.

In March, their dream came true as they held the grand opening for the Seed to Sprout Bakery, located on Wickapecko Drive in Wanamassa, a quiet section of Ocean Township close to Route 35 and Asbury Park. It’s a beautiful, light-filled space, even when I visit on a rainy April morning. Custom designed wallpaper covers half of the space: giant, Instagram-worthy blooms. The decor is simple but not at all boring, kind of like the food produced here.

Some people may be skeptical that baked goods produced without eggs or milk can still be satisfy a sweet tooth. Until they reached young adulthood, Alex and Cara would have been skeptical, too. Both women grew up in large Italian families. They tell me how much they loved cheese, how back then they never imagined giving it up. Both women were vegetarians before committing to being vegan, and after becoming vegan, it still took them a while to figure out how to commit to the kind of diet they wanted. They both studied nutrition as well as they educated themselves and learned a lot through trial and error.

Alex and Cara were childhood acquaintances from the same town. They reconnected when a mutual friend noticed their shared passions and thought they should get together. Since then, they’ve been inseparable—as friends and as business partners. 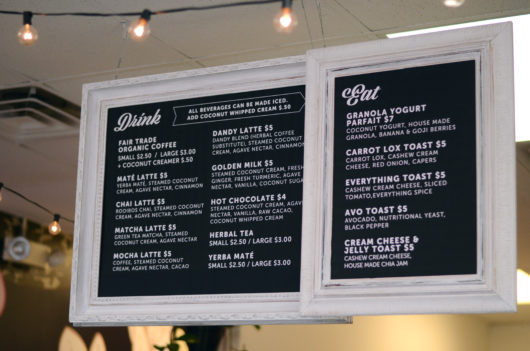 Vegan or not, there is something for everyone at the new bakery. Seed to Sprout Bakery offers indulgent cookies, cinnamon rolls, and other snacks, like toasts with avocado or carrot lox. They also serve a variety of coffee, hot chocolate, and tea. As I’m photographing the space, some customers come in. One of the men says, “You should put ‘Coffee and Bakery’ on the sign,” and goes on to rave about how much he likes their coffee. And, of course, they do custom cakes for weddings and parties. “These are the healthiest cakes you can probably get,” Cara tells me—but it’s still a cake. They laugh as they recall how many customers are suspicious of their baked sweets, calling to place orders and asking if the cake would taste good.

There’s a stigma surrounding vegan cuisine, even as it’s become more popular and common. (And no, food made without any animal products does not “taste like cardboard.”) Alex and Cara are passionate and picky about the food that comes out of their kitchens. They want to challenge preconceived notions and spread the message that nourishing food doesn’t have to compromise when it comes to taste. Their new bakery is proof of this.