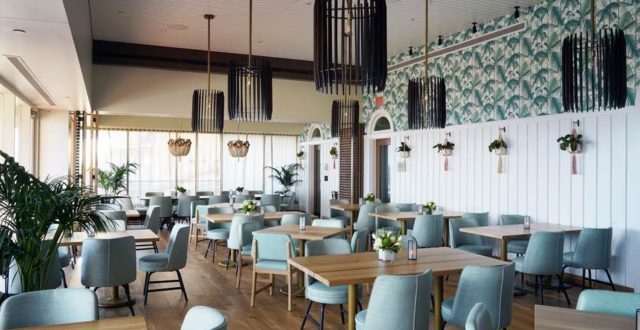 Ease into spring with Jersey Bites Buzz, where Susan Bloom takes a look at some key openings around the Garden State. Have a restaurant/food outlet opening, closing, or other key development to share? Email your news to info@jerseybites.com.

749 Bergen Avenue
Jersey City
Opened on February 25 in Jersey City’s McGinley Square, this Venezuelan restaurant is the second location of El Cocotero (which means palm tree). Its original location, in New York City, has been open since 2003. The warm and inviting 60-seat restaurant decorated with Venezuelan artwork on the walls offers tasty fried tequenos, seven types of empanadas, and 25 kinds of arepas (baked and stuffed white corn pockets, which can be filled with cheese, avocado, beef, chicken, and many other options). “We also offer Pabellon Criollo, which is made with rice, beans, shredded beef, and sweet plantains and is the national dish of Venezuela, as well as Camarones Cocotero, which features fresh jumbo shrimp sautéed with cilantro pesto and served with salad and tostones, or round green plantains,” said chef/owner Luis Quintero. “Customers then love to finish everything off with our Tres Leches—sponge cake soaked in three milks and topped with whipped cream.” The new restaurant is also proud to offer a range of Venezuelan coffee drinks, milkshakes, and fresh tropical juices like passion fruit, mango, and others. “We’re excited to bring our New York City feeling to Jersey City and El Cocotero is a very relaxed dining experience that’s great for families,” Quintero said. “The whole community has been so friendly and supportive and we’ve been overwhelmed and grateful for the warm welcome our restaurant has received within the McGinley Square neighborhood.” 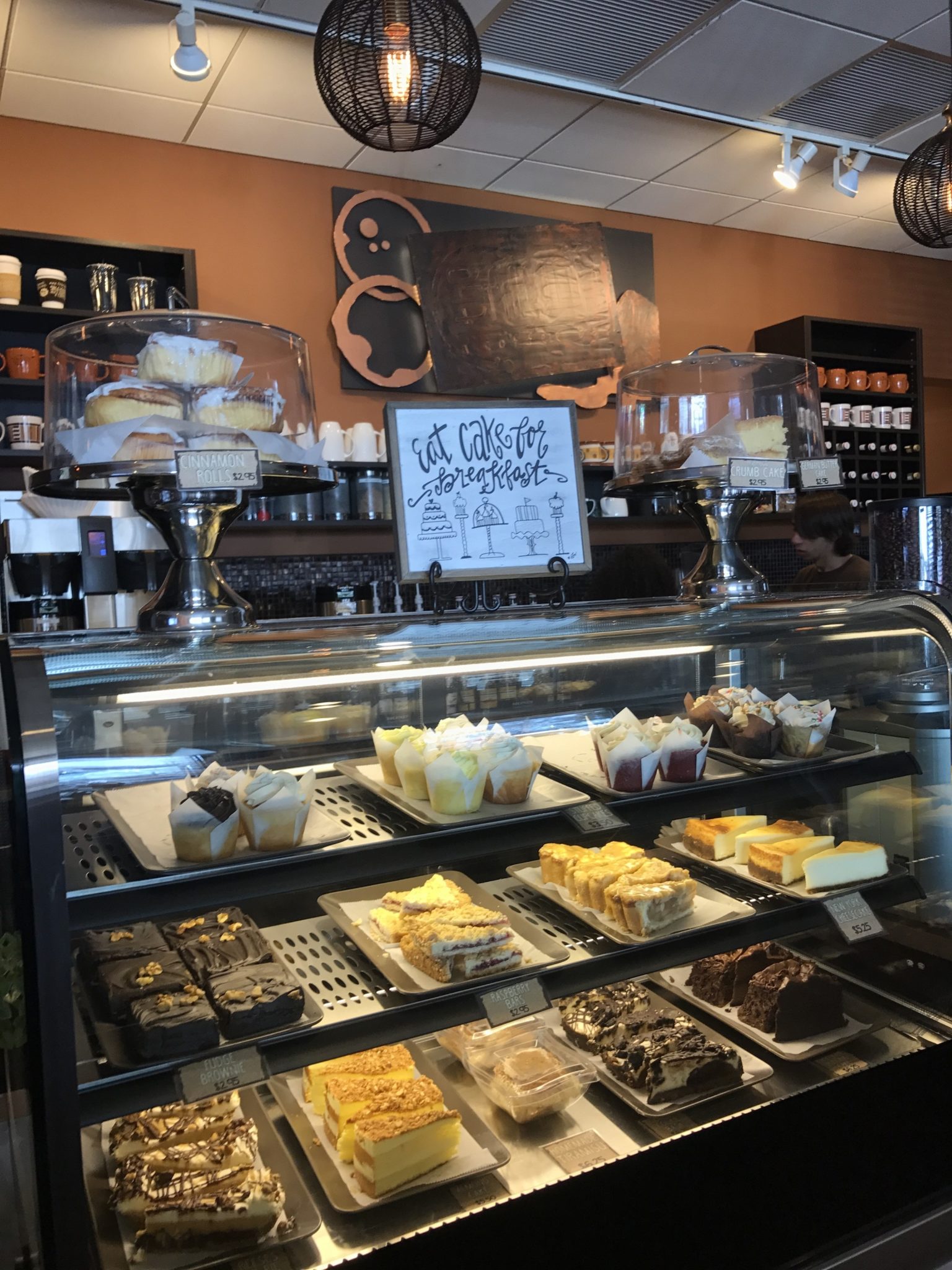 A popular coffee shop and café in Little Falls since 2005, The Fine Grind was excited to open a second location in Wayne with a soft opening on February 19 and an official grand opening on March 18. “We have a huge customer base in Wayne and people had been asking us to open a location there for years,” shared Rhonda Mallek, owner of both locations, who said that response to the new outlet has been overwhelming. “People are very excited that we’re now in Wayne and the town welcomed us with open arms,” she said. Among its signature menu items, “frozen hot chocolate, which we call FroHo and can make with mix-ins like M&Ms, Oreos, or a shot of espresso for a caffeine boost, has always been one of our most popular items,” she said. “And our coffee is amazing—we buy it from a micro-roaster who roasts it on Mondays and delivers it on Tuesdays so that it’s unbelievably fresh. We also offer different syrups and toppings like fresh homemade whipped cream to make a broad range of specialty coffee drinks and always feature special organic, fair trade coffees sourced from a single origin each week.” The Fine Grind is also known for tasty menu items like its Soup & Sammy, featuring homemade tomato soup and a grilled cheese sandwich made with American and muenster cheese, and specially caters to people with dietary restrictions through its variety of gluten-free breads, grab-and-go snacks that are vegan and gluten free, and dairy-free alternatives such as almond, coconut, and soy milk. “The Fine Grind is very warm and cozy, with dark wood, copper tones, cute decorative elements, and a beautiful fireplace,” shared Mallek of the “relaxed and chill” destination. “In fact, one of our customers once told us that when they come in here, they feel like they’re on vacation.”

Olón, Okatshe, and Bar Olón at the Tropicana Atlantic City (Olón pictured at top)
2831 Boardwalk
Atlantic City
609-340-4000
On March 4, the Tropicana in Atlantic City welcomed the launch of three new restaurants by veteran restaurateur, James Beard Award winner, and best-selling Latin cookbook author Chef Jose Garces. The first eatery is Olón, a 128-cabana-style-seat seafood restaurant featuring a ceviche bar and lounge, sweeping ocean and boardwalk views, and a menu offering such favorites as steamed clams, crab cakes, jumbo fried shrimp, wood-fired Wagyu skirt steak, roasted chicken, jumbo gulf prawns, black bass, two-pound lobsters, and king crab.  The second restaurant is the 80-seat Okatshe, Garces’ modern take on a traditional Japanese izakaya (gastropub), where guests can enjoy a selection of small plates, yakitori skewers, ramen noodles served in three styles, and sushi, sashimi, and maki offerings incorporating everything from scallop and wasabi tobiko to spicy rolls, black jack eel rolls, and the signature Tropicana Roll as well as a wide variety of Japanese whiskey, sake, beer, and specialty cocktails.  Finally, the beach-themed Bar Olón is a 60-seat double-sided bar and lounge located between the two restaurants which features an extensive selection of beer, wine, and specialty cocktails, a light food menu, and an elevated platform for live entertainment. “Each of the three restaurants has a unique look and feel that transports guests to either a Japanese streetscape, seafront coastal town, or beachside beer bar,” said Garces, who is of Ecuadorian ancestry. “We look forward to debuting these unique concepts at Tropicana while bringing our passion for our family-inspired traditions and hospitality back to Atlantic City.” According to Steve Callender, general manager of Tropicana Atlantic City, “we’re thrilled to partner with renowned and award-winning Chef Jose Garces on exclusive concepts that complement and enhance our diverse selection of restaurants and bring new and unique dining options that offer more to our guests.” 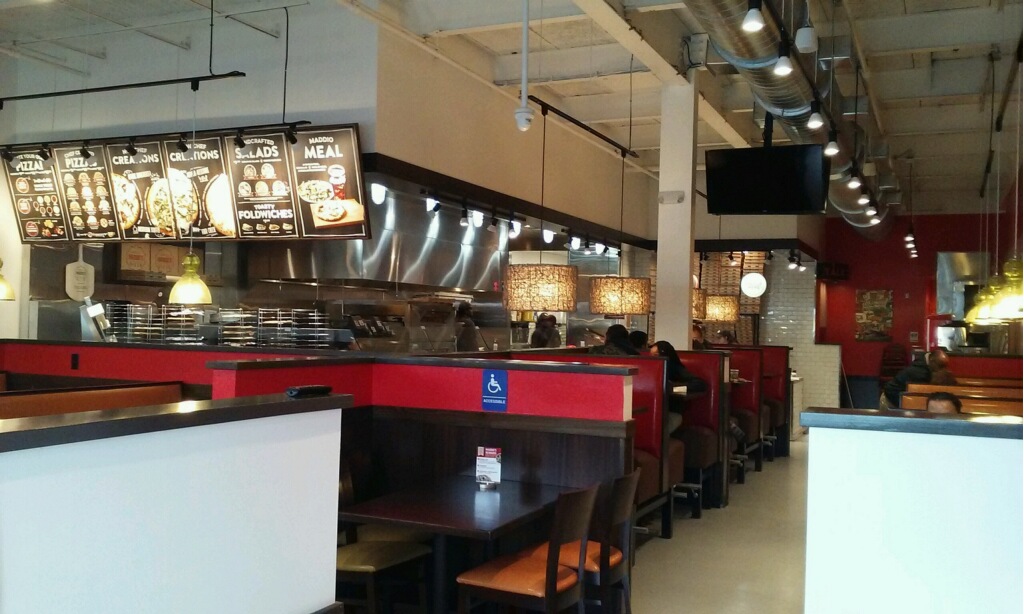 Uncle Maddio’s Pizza (pictured above)
346 Route 10 East
East Hanover
973-884-1200
On March 10-11, East Hanover welcomed the grand opening of Uncle Maddio’s Pizza, the franchise’s first location in New Jersey. The create-your-own pizza chain, which currently has several dozen locations, mostly throughout the South, and was founded by the owner of Moe’s Southwest Grill in 2009, is based in Atlanta and prides itself on a crust recipe created by a mom-and-pop pizza maker in Brooklyn. “We love our fast-casual concept, which has all the speed of chains like Dominoes but really holds onto the freshness and quality of traditional and authentic pizza restaurants,” said Manager Kevin Prokop, a New Jersey native who first experienced the brand’s pizza in Georgia and thought it was “fantastic.” Famously served to the table in under eight minutes, guests can create their own pizzas from one of three crusts, including a gluten-free option, as well as their choice of seven sauces, 27 vegetables, and 15 different meats. Signature menu items include the Steak and Blue Pizza, which features steak, blue cheese, tomato-basil sauce, tomatoes, and mozzarella, the margarita pizza, four-cheese pizza, and mushroom and truffle pizza as well as create-your-own salads and toasted Foldwich™ sandwiches. Celebrating its grand opening by offering free nine-inch, three-topping pizzas to guests during lunchtime on March 11, the restaurant seats 97 in booths and at high-top tables and “offers a modern take on the traditional pizzeria,” Prokop said. “It’s a great place to meet friends, bring your family to, or visit on your lunch break and enjoy a relaxed meal.” 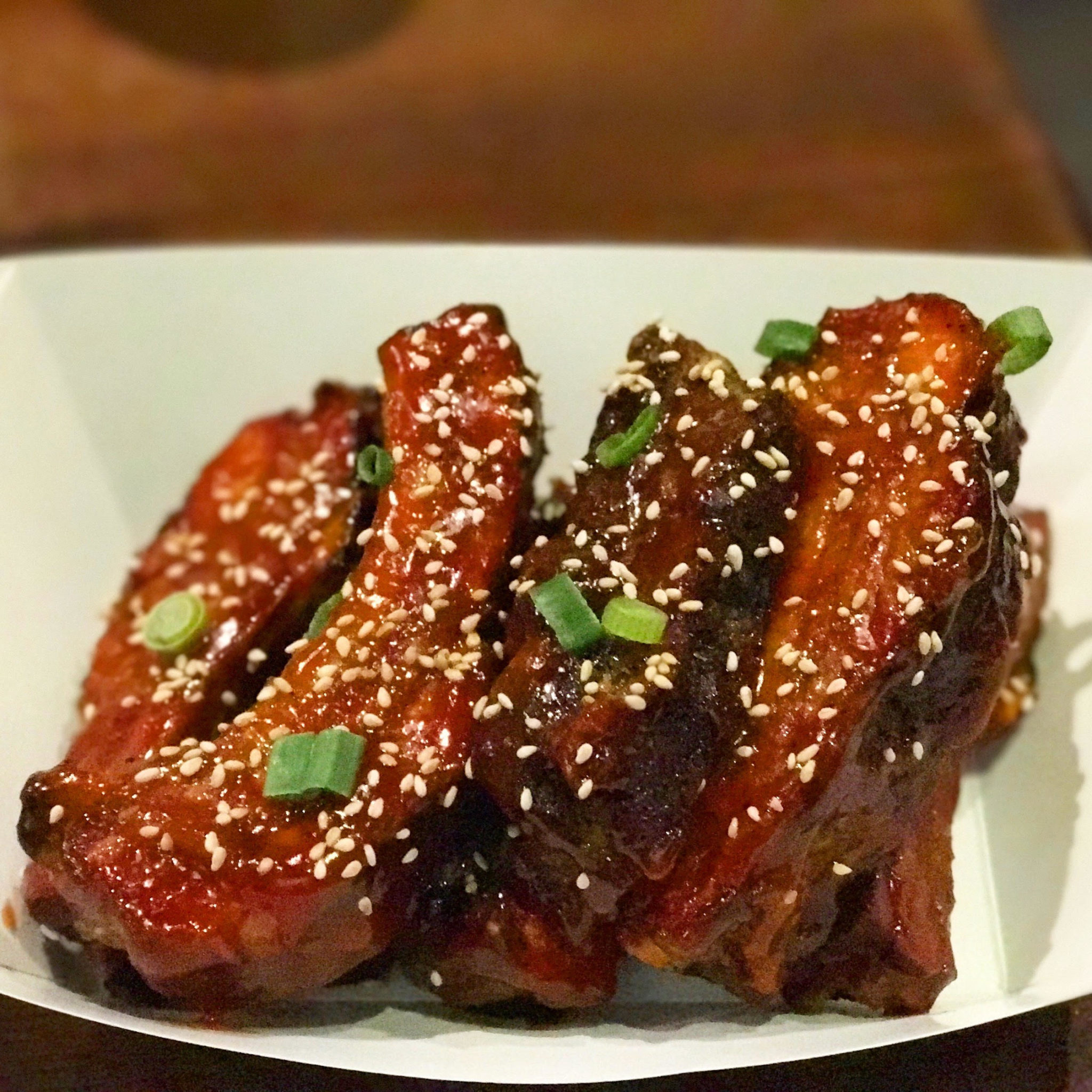 Coming Soon!
Kimchi Smoke House II
345 Bloomfield Avenue
Montclair
Phone TBD
Following the popularity of Kimchi Smoke Barbeque’s flagship location in Westwood, the restaurant is set  set to open its second location, Kimchi Smoke House II, in Montclair, at the end of April. Offering such favorites as smoked brisket and pork spareribs, the restaurant’s southern-Texas/Korean-barbeque-themed menu features such signature items as the Chonut, 12-hour smoked brisket topped with bourbon chipotle sauce, smoked kimchi, cheddar cheese, and bacon on a glazed doughnut, as well as Cholander fries and Cholander mac and cheese, “loaded fries or mac and cheese topped with smoked kimchi, pulled pork, bourbon chipotle sauce, cheese, and scallions, which are some of our best-selling items,” said owner and self-taught chef Robert Cho. While the menu will be similar to that of the Westwood location, “we plan on offering a couple more vegetarian options in Montclair because our larger kitchen there will allow for it,” said Cho, who targeted Montclair for his second outlet based on its central location in the Garden State and strong culinary scene. At both the Westwood location and the new 40-seat, “contemporary rustic” outlet soon to open in Montclair, “we love to talk to as many of our customers as possible and ensure the most positive and enjoyable experience so that everyone leaves happy,” Cho said. 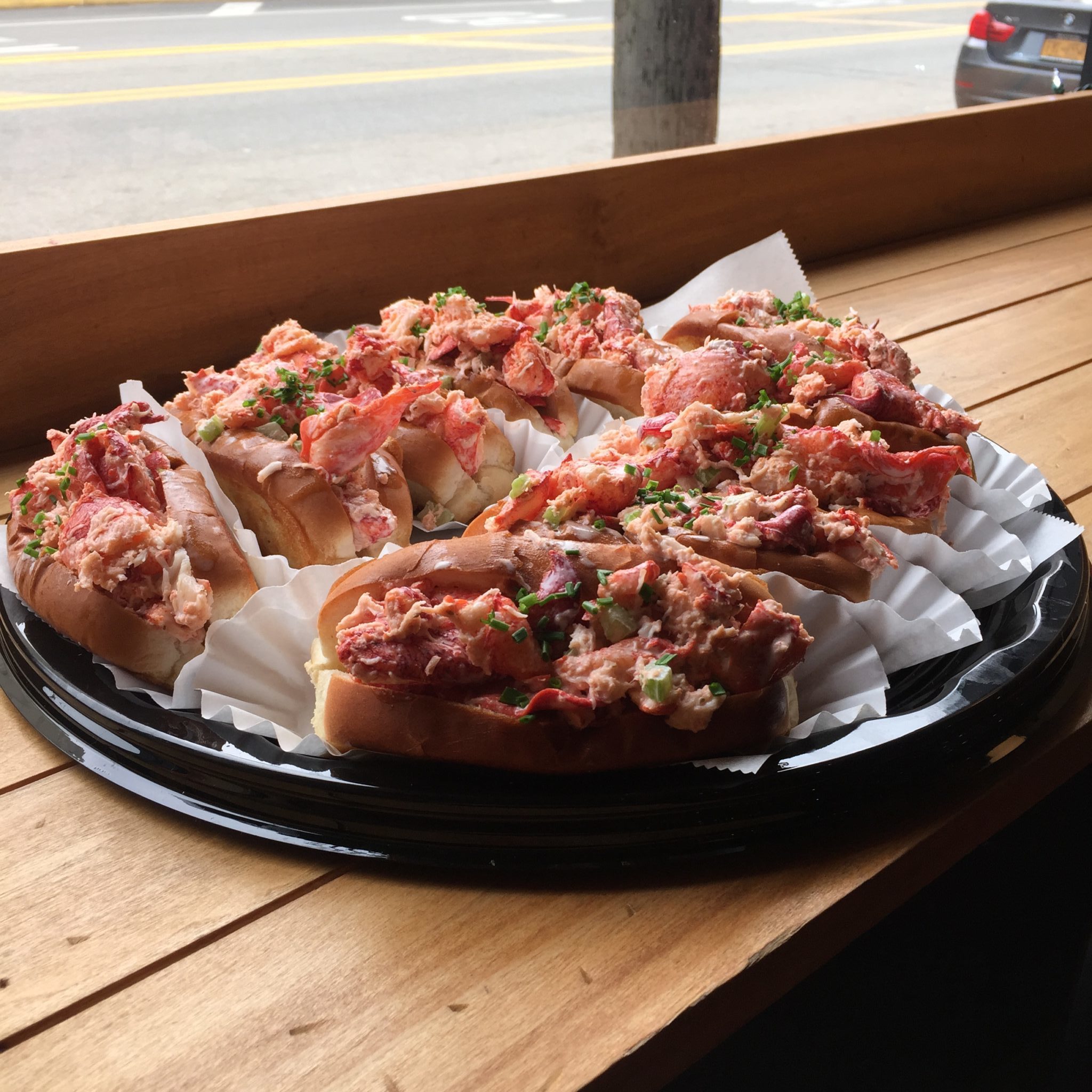 720 Bloomfield Avenue
Montclair
Phone TBD
Fans of the original Jack’s Lobster Shack in Edgewater, which opened in November 2015, will welcome the launch of Jack’s Seafood Shack, set to open in Montclair in mid-April in a space twice the size of its flagship location. Seating 90 and offering both dining and takeout opportunities, the new location will feature the same concept and menu as the Edgewater location, including such signature items as lobster rolls served Maine-style (cold lobster meat with mayonnaise) or Connecticut-style (warm lobster meat with butter), with gluten-free bread available upon request. Popular menu items will also include fresh 1½-4 pound lobsters drawn from a live lobster tank on the premises that are steamed and served with corn, cole slaw, drawn butter, and lemon, as well as fish and chips, steamer clams, crab cakes, and fish sandwiches such as the Shack Fish Sandwich, which is made with fresh blackened grouper. Decorated like its sister location in Edgewater in navy, light blue, and white tones with pallets covering the ceiling and other nautical accents like lobster buoys and traps, “the experience at both our Edgewater and new Montclair location is like being at a Maine lobster shack,” said owner Jack Tabibian, a veteran restaurateur who has enjoyed traveling to Maine for years and loves the lobsters and food there. Excited about the new location in Montclair (across the street from the Montclair Art Museum), Tabibian and his team said that the Montclair menu will include everything available in Edgewater plus several new seafood dishes currently under development.

Jersey Bites Buzz, Susan Bloom
You may also like 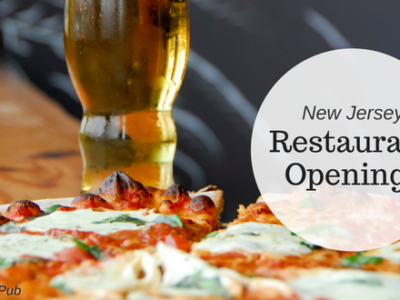 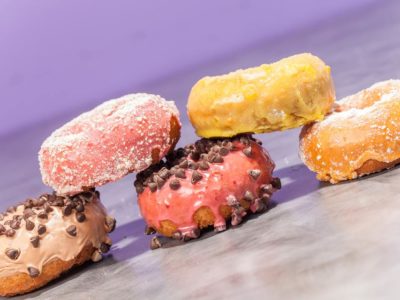 I Fish Opens in Tenafly…And More! 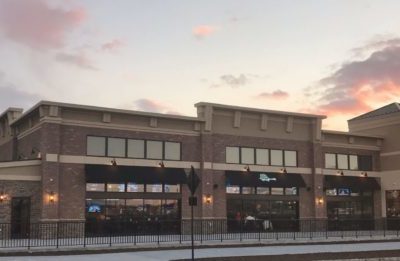 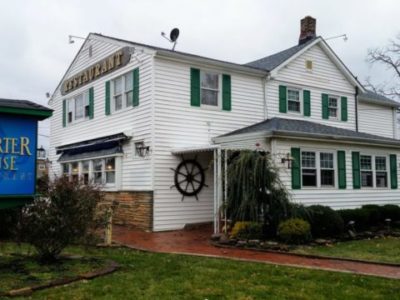 Jersey Bites Buzz
About The Author

Susan Bloom
Susan Bloom is a leading New Jersey-based freelance writer and radio personality who covers food and health topics for many of New Jersey's most prominent newspapers, magazines, and online publications. A resident of Morris County who enjoys cooking (and eating!), Susan is excited to share the latest in the world of food with Jersey Bites readers and to help bridge area residents with the most current culinary trends and options in their community. Follow her on Twitter @SusanBloomSBC.