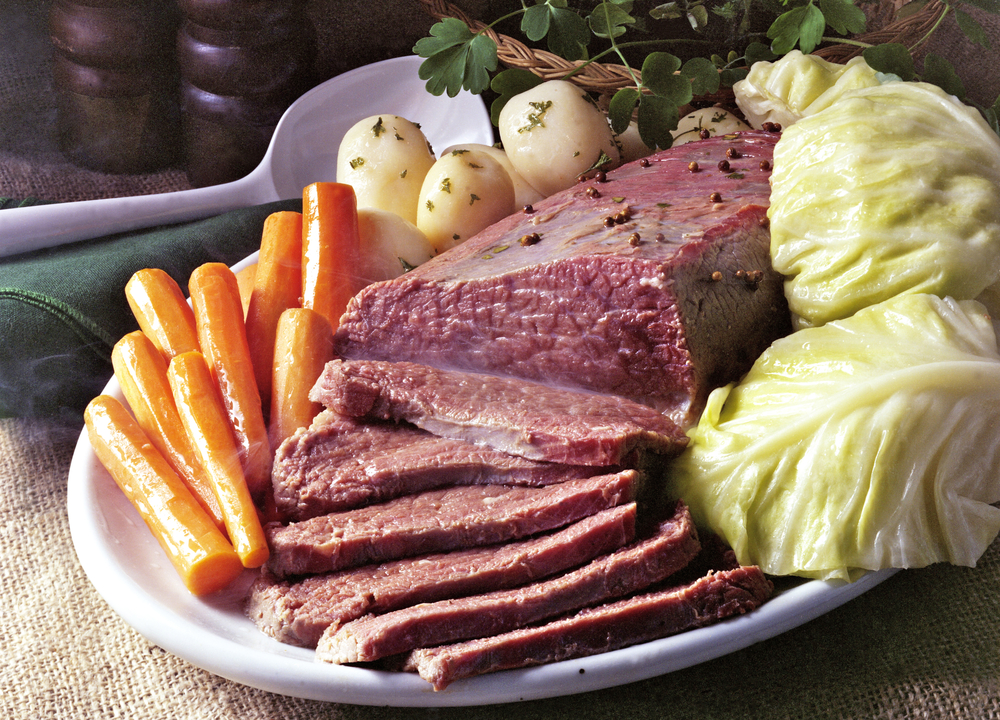 Corned beef? Fish and chips? Here are just a few restaurants where you can get into the St. Patrick’s Day spirit in the Garden State. And while you eat, see if anyone at your table knows about the origin of the term “luck of the Irish.” Happy St. Patrick’s Day!

Brick
P.J. Sweeney’s Restaurant & Irish Pub hosts its 2nd Annual Indoor and Outdoor St. Patrick’s Day Party on March 17 and 18. Traditional Irish breakfast starts when the door opens at 8 a.m. featuring live music from the Ballyhaunis and The Amused Band. Bagpipe and step dancing performances will be happening throughout the day as well.

Clifton and Ramsey
From March 15 to 18, The Shannon Rose Irish Pub hosts a St. Patrick’s Day celebration with live music, Irish step dancers, bagpipers, and food of Ireland! The food of Ireland comprises of starters, main entrees, chocolate Baileys cake as dessert, and a shot of Irish whiskey with a Brew as the featured drink.

Cranford
The Kilkenny House Restaurant & Pub has a large selection of drinks and food menu featuring traditional Irish pub favorites. They are celebrating St. Patrick’s Day with live music from Dave McBride and much more.

Dover
The Quiet Man Irish Pub offers a St. Patrick’s Day menu featuring Irish soup, entrees, and dessert. The bar is open until 2 a.m. every night and serves an array of bar snacks including dishes with potato, chicken, seafood and steak.

Kearny
For Irish and Scottish fare including year-round fish and chips, The Argyle is open from Tuesday through Sunday. After dinner, check out the restaurant’s Scottish/Irish gift shop, The Piper’s Cove.

Metuchen
Hailey’s Harp & Pub is celebrating Irish Heritage Week March 12 to 17! Each night features a performance and a traditional Irish dare menu, with gluten free meals. Come on out on March 16 for an Irish toast at midnight to bring in St. Patrick’s Day. Click here for details about times and performances.

Morristown
Prior to the St. Patrick’s Day Parade of Morris Country Parade on March 11, the Dublin Pub Restaurant is open for pre-parade festivities, and open late afterwards for live entertainment, food, and drinks.

Neptune City
Kelly’s Tavern has served the Jersey Shore for four generations since 1949.They have a variety of dishes with an Irish twist, such as their Dublin Burger. Kelly’s Tavern is open 7 days a week, 7 a.m. to 2 a.m., serving a breakfast menu in the morning.

Red Bank
Check out live music, Irish whiskey flights, and on-tap specials at the Molly Pitcher Inn, drink specials at the Downtown, or Happy Hour from 3 p.m. to 8 p.m. at Gotham. St. Patrick’s Day dinner will also be served at The Dublin House and Danny’s Steakhouse.