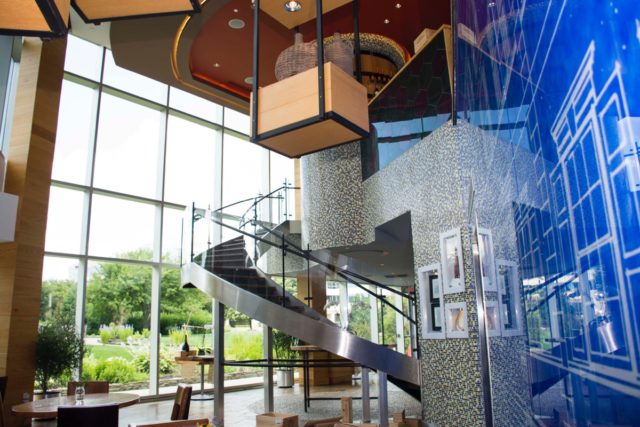 With restaurants including Michelin-starred Ristorante da Riccardo, Crystal Springs Tavern, Bobo, and Tom Colicchio’s Craft on his resume, Pennyslvania native Scott Tolhurst already has a lifetime’s worth of experience. Now executive chef at Enoteca Ursino, in Union, this Pennsylvania native turned Jersey resident is also the latest subject of the Jersey Bites Chef Spotlight. Here’s what Tolhurst had to say when contributor Marina Kennedy checked in with him.

JERSEY BITES: What is your earliest food memory?
SCOTT TOLHURST: Watching my grandfather make Sunday spaghetti sauce as a kid.

When did you realize you wanted to make cooking a career? Was there an “aha!” moment?
I’ve been working in restaurants since I was 15. As I got older I discovered my passion for cooking was an outlet for my artistic creativity.

What is the most memorable meal you’ve had, what did you eat, and where was it?
While I was in Asiago [working at Ristorante da Riccardo], I had a risotto dish with radicchio, speck, and gorgonzola. It was amazing.

It’s your last day on earth: what will your final meal be?
I hope it’s a Tuesday; then it would be tacos.

What is the best advice you have for young people interested in becoming chefs?
Work in a kitchen before going to culinary school and see if you really are interested in it.

What is the one staple food you always have in your cupboard at home?
Cap’n Crunch.

What is your beverage of choice?
Coffee and water.

What is your favorite comfort food?
Meatloaf with mashed potatoes, and green bean casserole.

What New Jersey restaurant do you enjoy dining at, besides your own?
Wherever my chef friends are currently working.