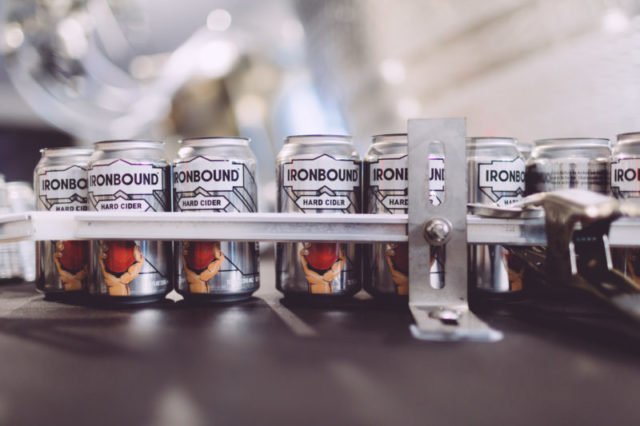 In the craft beverage world the onset of fall means a barrage of all things pumpkin. I’m not a pumpkin hater per se, but there must be another way to celebrate the autumnal equinox.

There is. It’s cider. How about cider from a region that, historically, is one of the best cider producers in the world? I’m talking, of course, about Newark, New Jersey. 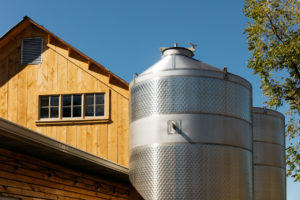 , one of the state’s newest cider works, located in rural Asbury (more on Newark later), just started turning out canned six packs of hard cider. It’s a fairly complex drink whose flavor profile lands directly between the bone dry artisan style and the sweet, mass produced, juice concentrate alco-pop variety. It’s sharp enough to refresh the palate when you’re eating rich fatty foods like barbecue or grilled sausage, but sweet enough for a light salad or Asian-style fare. If you’re curious about cider, Ironbound is a good place to start. There’s enough going here to please a wide audience and that burst of apple on the nose is inviting indeed.

Appealing to the masses is just what owner Charles Rosen, who also owns the adjacent New Ark Farms, is looking to do. “We want to be the Boston Lager of cider,” he told me during my recent visit. In case you didn’t know, Boston Lager is the flagship brand of Boston Beer Company, whose founder, Jim Koch, was a pioneer who helped change the way people thought about beer back in the days of only bland, light, American lagers. There is great irony in Rosen’s statement. His product is a direct response to the Angry Orchard brand cider which just happens to be owned by that same Boston Beer Company. While Angry Orchard may be made from overseas juice concentrate, Ironbound certainly is not. It’s all fresh juice. 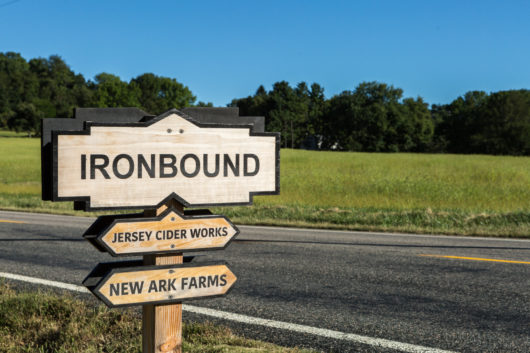 Challenging such a large producer might seem like a weighty gauntlet to toss but Rosen has been around the block. He was a partner in an advertising agency that helped roll out New Belgium’s iconic Fat Tire Amber Ale as well as Mike’s Hard Lemonade. Ironbound isn’t going to compromise on ingredients though. Cameron Stark, Ironbound’s cider maker, creates the flavor profile with fresh juice from Pennsylvania and New Hampshire. Both Stark and Rosen are passionate about local sourcing. Our two-hour conversation was peppered with terms such as “regenerative agriculture” and “healing the land.” Charles Rosen is out to prove that responsible, regenerative farming can be part of a viable and profitable business model.

As Rosen describes it, Ironbound Cider is “what we call accessible craft” and is the key to proving that theory. His adjacent farm, New Ark, is the other lynch pin. Eventually its orchard will produce some, though not all, of the juice needed for the cider works. He will also cultivate other area growers by providing trees to them, for free, and then buy the juice that they make at fair prices. 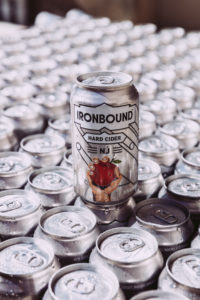 Which brings us to Newark. Before the Industrial Revolution, when Newark became one of the largest beer brewing centers in the country, the area had been renowned for its orchards and world class cider. Dubbed the “Champagne of Ciders,” it was often passed off as such by unscrupulous merchants. The heart of Newark’s cider juggernaut was the Harrison apple. Like the area orchards themselves, it all but disappeared. It also became Charles Rosen’s inspiration to revive the glory days of Jersey cider. Following a suggestion from Newark Sustainability Officer Stephanie Greenwood, Rosen employed an apple detective—who knew that was a thing?—and tracked down some trees in Virginia that were being cultivated with cuttings taken from perhaps the last known Harrison apple tree.

Rosen reunited some of those cuttings with their home state and now has about 7,000 of the 18th century heirloom trees growing on New Ark Farms. To complete the story, the farm employs Newark kids who are getting the opportunity to learn a trade while actually keeping the operation running. They can then bring those skills back to the city and start a new cycle.

There’s a lot more than just bright, sparkling hard cider in every can of Ironbound. There’s history, renewal, and hope. 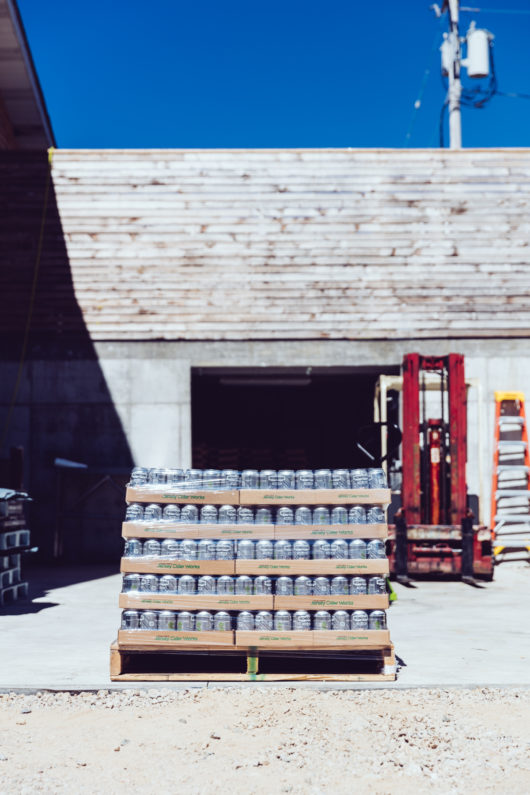