Peter Ganiris, the gregarious owner of Sherban’s Diner, was in the mood to talk about history and his fond memories on a rainy afternoon in April. He was most proud of operating the South Plainfield establishment for more than 40 years. He recounted the story of how he was born on the Greek island of Chios and came to the U.S. at the age of 16. And then, the 65-year-old Ganiris told the classic New Jersey entrepreneurial diner tale: he started as a dishwasher, saved his money, and through hard work and determination, ended up owning his own diner. All the while, as Ganiris reflected on his career path and life journey, this reporter was enjoying potato and leek soup, a bacon lettuce and tomato sandwich (on whole wheat with mayo), and a bottomless cup of coffee. How good was the coffee? Well, four cups good (or was it five?). And there was one big treat to cap off the meal: a generous slice of dreamy banana cream pie. How good was the pie? It’s safe to say it was good enough to enjoy feeling guilty about eating it. In fact, it still makes this reporter smile. “Regrets, I have a few, but then again, too few to mention…”

Ganiris paid tribute to his family’s New Jersey diner and restaurant heritage, noting that, over the years, he learned the business from various relatives, his beloved mentors. For example, his aunt, Stella Barkalis, worked at a diner in Woodbridge in the 1930s, originally known as the Hy-Way Diner, which evolved into today’s Reo Diner. Ganiris’ sister, Irene Kokodis, currently serves as his business partner.

The original owner of Sherban’s Diner, Alex Sherban, launched the business in the late 1950s. Born in the U.S., Sherban’s family originally came from Romania. “Alex was a good guy and proud of his business,” Ganiris said. To pay homage to Sherban, Ganiris keeps a vintage black-and-white photo of the original diner prominently displayed on his dining room wall.

In 1972, Ganiris and John Stellakas bought the business from Sherban, and three years later installed a new diner on the site, manufactured by the Swingle Diner Manufacturing Company. The two partners expanded the facilities in the 1980s, adding a dining room and a larger kitchen. Eventually, Ganiris bought out Stellakas and joyfully proclaimed that he plans to run the business for another 40 years.

The mustachioed Ganiris became especially nostalgic when he mentioned his business dealings with the Swingle company. “Joe Swingle was a good man, a beautiful man, an honest man, and very good to us,” Ganiris said, his eyes becoming misty. Joe Swingle indeed is a New Jersey diner legend—a 20th century diner renaissance man. He was part of the golden era, when companies throughout the Garden State produced stainless steel diners in factories as precise, engineered products. Yes, New Jersey is the diner capital of the world, because we have more diners than anywhere else. However, New Jersey also was the diner manufacturing capital of the world, as most of the major U.S. diner builders were based here. Today, that grand business sector has vanished. Diners in the 21st century are site-built structures. Time marches on.

In the late 1940s Joe Swingle got his start in the business working as a diner salesman for the legendary diner builder Jerry O’Mahony, who had a factory in Elizabeth. Swingle later became a sales manager for the Fodero Dining Car Company in Bloomfield. In the early 1950s, Swingle and his older brother Dallas purchased property in Springfield along Route 22 and bought a state-of-the-art diner from Fodero, which they operated as Swingle’s Diner. Finally, combining all of his expertise, Joe Swingle established his own diner manufacturing company in Middlesex, and produced nearly 150 modular, prefabricated eateries. He ran the manufacturing business until he retired in 1988, and died a year later.

The lunch specials at Sherban’s diner included Yankee pot roast, seafood creole, broiled salmon, baked lasagna, spinach pie, and corned beef and cabbage. In addition to bacon, lettuce and tomato, sandwich choices on the menu included cheese steak, jumbo shrimp, broiled or fried filet of sole, meatloaf, and chicken cutlet. There were majestic chef, Caesar and Greek salads. Desserts included various cheesecakes, puddings and pies, but I was very content to indulge in my banana cream pie. It was yummy.

It was time to go and we bid farewell to Peter Ganiris. He was a gentleman—a true old-school diner guy, and couldn’t have been more charming and friendly during a tasty lunch. It was still a dreary day, complete with gray skies, a chilly breeze and a persistent drizzle, but that was OK. A good meal, multiple cups of super coffee and sparkling conversation about New Jersey diner history on a Thursday afternoon in South Plainfield was more than enough to brighten the day. And did I mention how much I enjoyed the pie? 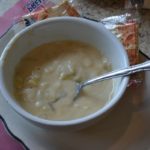 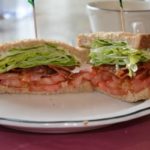 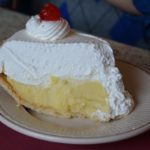 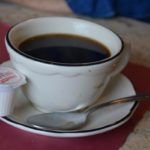 Michael Gabriele is the author of “The History of Diners in New Jersey,” published by The History Press. 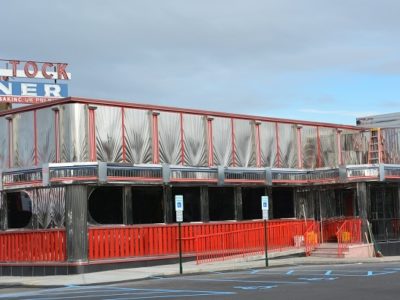 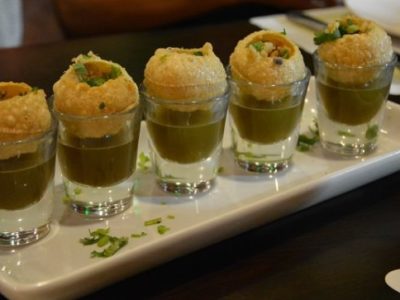 A Royal Indian Feast at Benares, in Wyckoff
About The Author

Michael Gabriele
Michael C. Gabriele is a freelance writer, historian and author of “The History of Diners in New Jersey,” published by The History Press.