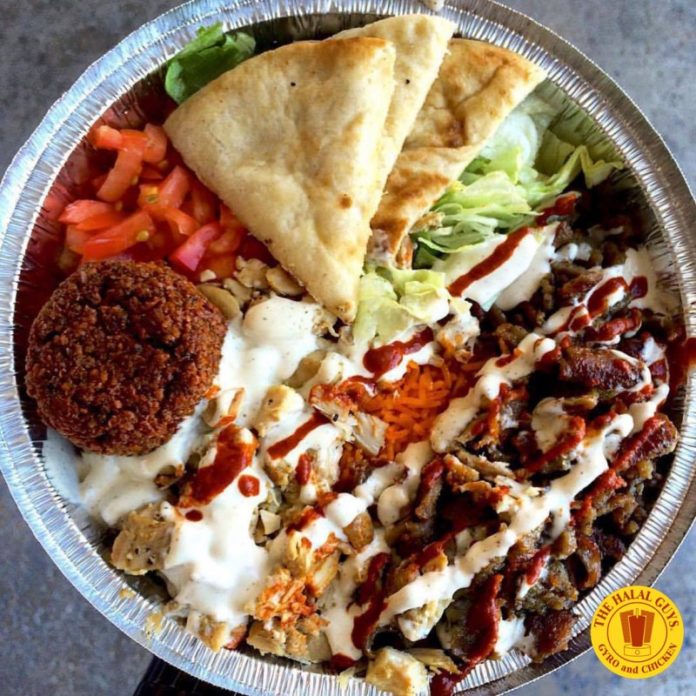 Spring is in full swing with the latest edition of Jersey Bites Buzz, where Susan Bloom takes a look at some key openings around the Garden State. Have a restaurant/food outlet opening, closing, or other key development to share? Email your news to info@jerseybites.com. Opened on April 5, this wholesale seafood distributor offers a retail seafood market and a 70-seat restaurant with a popular chef’s table that allows interactive views of the kitchen and its culinary team, headed up by chef/owner Scott Snyder. Among the restaurant’s signature dishes are its canneloni: jumbo lump crab wrapped in thinly-sliced avocado over a salad of diced pineapple finished with a passion fruit vinaigrette, shrimp corn chowder with applewood-smoked bacon and celery root, and a yellow fin tuna poke appetizer served with avocado, jicama, and sugar snap peas in a sesame-soy chili dressing. “Our seafood risotto has also been a big seller, along with our entrée of Maine lobster, fresh shrimp, and dayboat scallops finished with a truffle froth,” said General Manager Richard Spaulding. “We also offer many blackboard specials driven by what’s fresh in the market that day.” To help introduce itself to the marketplace, Boulevard Seafood will be among the 45 outlets participating in the annual Taste of Somerset, on May 23.

The Halal Guys (pictured at top)
621 Route 18
East Brunswick
732-254-2525
Celebrating its grand opening in East Brunswick on May 7, this outlet offering halal meats (which are specially treated and slaughtered according to Islamic law) and signature chicken, beef, falafel, and hummus platters served with renowned white or red sauce represents the first Halal Guys franchise store to open on the east coast and the fifth to open nationally. Part of a 26-year-old restaurant chain that was originally launched as a popular food truck and known for its large portions and reasonable prices, “many people may recognize the Halal Guys from our endless lines on the corner of 53rd Street and 6th Avenue in New York City or from our national press and media following,” said a spokesman for Halal Guys. “We’re now delighted to bring this excitement and buzz to East Brunswick.” Purchased by new owners last summer and now fully remodeled, this American regional farm-to-table restaurant with Italian influences officially opened for business on April 22. Updated from its former aesthetic (Park & Orchard first opened in 1981), “we turned the space on its ear, opening it up to feature exposed beams and brick, a new floor, and booth seating that creates private dining spaces and an industrial chic ambiance,” said Managing Partner David Madison, who added that the new restaurant seats 150 in the dining room, 25 at the bar, 15 in the lounge, and another 100 in a private dining area. To welcome back loyal fans of its previous and long-running incarnation, “we’ve carried forward some classics from the original restaurant, including Ethel’s Famous Pot Roast and Crawfish Pasta LeRuth’s, and have added some new favorites, such as our duck ragout with gnocchi and hand-made pastas like our Five Mushroom Bolognese and Three-Cheese Agnolotti,” Madison said. “We’ve got a great vibe here and we’re very happy with what’s happening so far and so excited to welcome even more guests,” he said. Describing itself as a destination for great food and fun, STRYXE opened in late February and offers a full service restaurant, scratch kitchen, wood-fired artisan pizza bar, two adult lounges, 20 bowling lanes, amusements, billiards, shuffle board, and three private-event gathering rooms. With a culinary team led by acclaimed Chef Rolf Baumann, who previously launched premium catering at Yankee Stadium, STRYXE offers authentic Sicilian wood-fired specialty pizzas—listed on the La Tabisca menu—and has also been getting rave reviews on its pan-fried oysters and 300 Burger, which is topped with shitake mushrooms, portabello mushrooms, pancetta, and a brown egg, as well as our nachos and wings, according to a STRYXE spokesperson. With two bars offering domestic, imported, and craft beers on tap as well as specialty cocktails, the spokesperson I spoke with described STRYXE as a small, boutique gastro-pub in a large venue that goes beyond expectations to surprise and delight customers. Opened on April 13 by the Apostolopoulos family on the site of their former upscale Italian restaurant, Bruschetta, Tavern 292 offers casual dining that features great burgers, live lobster and steak entrées, and seafood favorites such as Alaskan king crab legs as well as a range of sandwiches, salads, and more. “We decided to give our former restaurant a facelift and go with a more casual theme,” explained owners Soto and Helen Apostolopoulos, part of the family who also owns the Caldwell Diner. At the new 100-seat, family-friendly Tavern 292, which offers a little bit of everything, “we want people to come, be happy, and enjoy delicious food and a great dining experience,” Soto said. Following a long absence, the iconic hot dog business originally launched by Mrs. Callahan in 1950 and then owned and operated by the Castrianni family for decades after will be returning to its Fort Lee roots with the launch of The Callahan’s Hot Dog Emporium on May 23, complete with a ribbon-cutting by the mayor. Currently owned by original family member Lenny Castrianni (who has been a fixture in the business since the age of nine) and Gregory Papas, “we’re known for our hot dogs, which are among the largest on the market and represent a great recipe of high quality pork and beef,” Castrianni said. The new 2,000 square-foot location, which can seat over 80 indoors and outdoors, will also feature the outlet’s famed French fries, hamburgers, and cannolis as well as new potato roll products, a ‘super one-pound hotdog,’ hot dog ‘tempura,’ and live entertainment on the weekends. After the store converted to a food truck years ago, “we’re back in the town where we first started, very close to our original location, and are excited be part of the resurgence of Fort Lee,” Castrianni said of their new brick-and-mortar presence. “It’s been a family project all these years but my mother and father, Ida and Leonard (‘Artie’) Castrianni, were truly the foundation.” Coming this summer, Pig & Prince Restaurant in Montclair will host a mini farmers market on its expansive patio on Saturdays. The market will feature a range of fresh produce and other fare aggregated from local farms to serve the restaurant’s busy brunch crowd and will be coordinated by Harvest Drop, a Morristown-based company that aggregates produce from a variety of New Jersey farms once a week and delivers it to restaurants within 24 hours of being picked. “We’re excited about this opportunity at Pig & Prince, which will help the restaurant demonstrate that they use locally-purveyed food and give their customers access to the same high-quality ingredients,” said Harvest Drop founder Oliver Gubenko, who has opened doors between dozens of farms and restaurants throughout New Jersey since launching his company in early 2015.