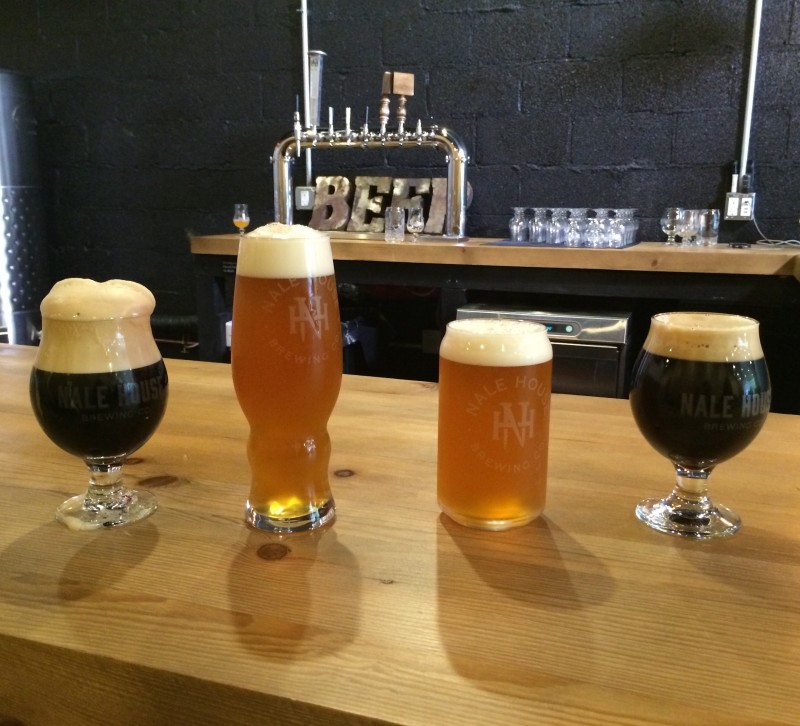 After rolling out one beer at a time during a series of “Undercard” events over the past month, Medford’s first brewery, Nale House Brewing Co., will host its “Main Event” grand opening on Thursday, May 26, at 6:30 p.m. A full complement of finely crafted band diverse beers, including an American Pale Ale and a Coffee Milk Stout will be available for flights, pints and growler fills.

One year in the making, Nale House is the culmination of a plan formulated by brewmaster Eric Leiner and his partners to bring a quality craft brewery to their hometown. The name Nale House embodies both a love of craft beer and Medford’s rich history.

In 1800, a merchant named Mark Reeve arrived in Upper Evesham (now called Medford). In a building located on the corner of Friends Avenue and South Main Street, Reeve built the country’s first horse-powered machine used to manufacture cut nails. Some time after being named an historic landmark, Nail House, was moved to its present location on Jennings Farm. (The word nale is an obsolete Middle English term that translates to alehouse. It appeared in Geoffrey Chaucer’s Canterbury Tales at the end of the 14th century.)

Nale House operates with a small-batch artisan beer concept: a 2.5-barrel brew house and a fermenting capacity of 15 barrels. “I never leave a fermenter empty,” Leiner said. “Once a beer is transferred for carbonation and kegging, another beer is brewed and placed in the fermenter. That being said, I will never rush a beer out of a fermenter to meet a perceived demand. Quality over quantity is part of our mission statement. The beer tells me when it’s ready.”