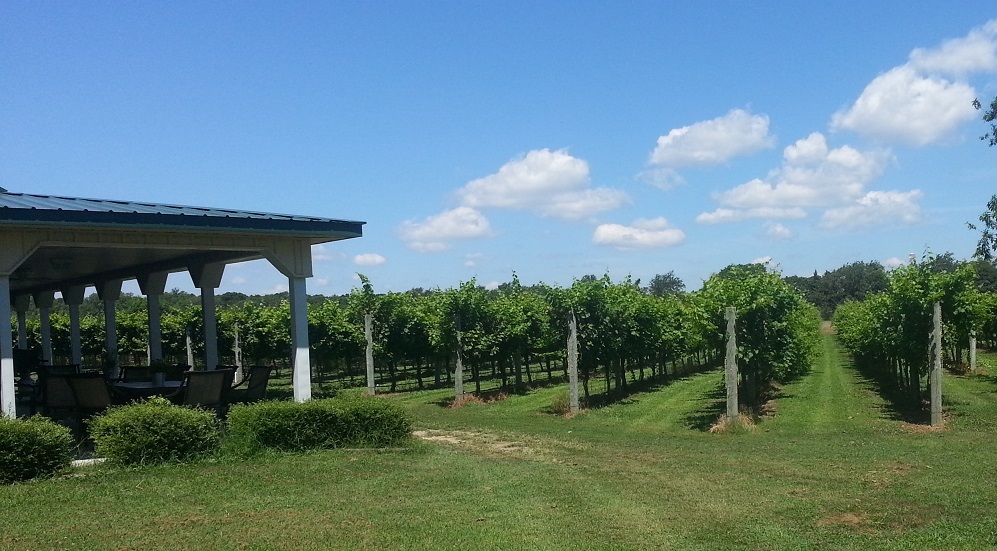 Around 15 years ago, I drank a glass of my first New Jersey wine, at a restaurant in Cape May. At the time, Cape May County was essentially a non-entity in the winery world, which is surprising considering its good climate and soil. Today, New Jersey’s southernmost county has six wineries, and with easy access from shore towns, this is the most visited wine region in the state. I recently had the pleasure of interviewing Bruce Morrison of Jessie Creek Winery, Luca Turdo of Turdo Vineyards & Winery, and Arthur “Toby” Craig of Cape May Winery & Vineyard.

Bruce Morrison, a Pennsylvania physician, had long dreamed of opening a winery. In 2007, he and two business partners purchased a vineyard in the town of Dias Creek. When he acquired Jessie Creek Vineyards, grapes were being cultivated, but it was not licensed to sell wine. Morrison mentioned that he and his partners had never made wine before, but took classes through UC Davis, and received substantial assistance from Bellview Winery. Five years later, Jessie Creek Winery opened to the public. The property also had an early nineteenth-century farmhouse, which was turned into a bed and breakfast.

When I visited, I was struck by the serenity and beauty of this winery, with its well-tended grape vines, big shady trees, and a veranda where one could sit back and enjoy the day while sipping a glass of wine. Bruce mentioned that Jessie Creek’s grapes are picked by hand, and the winery has strong ties to the local community. The winery recently expanded its market, and now has twelve different wines. Morrison said that he is looking to convert its bed and breakfast into a special event facility for VIP tastings, celebrity chefs, and book signings.

Sal Turdo is an electrical contractor from Bergen County. In 1998, he bought a woodlot in North Cape May. Sal, his wife Sara, and his son Luca cleared the land and planted grapes, and six years later Turdo Vineyards opened to the public. In recent years, Luca has expanded the family business by making his own wines using grapes grown at a nearby farm. Wines made from grapes grown on the property are labeled Turis, whereas Luca’s vintages are sold under the name DiLuca. Luca explained to me that Turis are Old World style wines, whereas DiLuca wines are more New World, with stronger body and higher alcohol content.

Turdo Vineyards is really a boutique winery. They are only open from May to October, they do not give tours, do not have events, and do not make fruit wines. Luca stated that for him winemaking is a passion, and he is not looking to expand the business, but instead focusing on making the highest quality wines. Turdo’s wines are made with minimal sulfites, and the entire facility is powered exclusively with solar energy. They are the only winery east of the Mississippi to grow Nero d’Avola, an intensely aromatic grape that is indigenous to Sicily.

Five minutes away from Turdo is Cape May Winery. In 2002, restaurateur Toby Craig purchased Cape May Winery, which at the time was very small, consisting of a residential house and a few acres of grapes. Over the next decade, Craig built a large tasting facility, hired professional winemaker Darren Hesington, and increased production from 2,000 gallons a year to 40,000. The winery has four separate vineyards in the Cape May area. Some of their wines are sold under the brand Issac Smith, which is named after a coffin maker from the 1820s who owned the land where one of the vineyards now lies.

Toby mentioned that the county’s wineries are close to getting approval for the Cape May Peninsula Viticultural Area. This would be a federally approved winery appellation, and wines made from grapes grown in Cape May County would be able to be labelled as such. Currently, the wineries in this region are considered part of the Outer Coastal Plain Viticultural Area, which is an expansive region that goes as far north as Monmouth County. The Cape May Peninsula Viticultural Area would reflect the uniqueness of Cape May’s climate and soil, and that fact that certain grapes varieties can be grown here but nowhere else in the state.

When you visit Jessie Creek, try the merlot, which is dry and medium-bodied. It finishes with a bit of spice, and goes perfectly with a barbecue steak. My favorite wine at Turdo is their signature Nero D’Avola, which starts soft and fruity, but ends with a burst of tannins. Pair this unique wine with duck or lamb. At Cape May Winery, treat yourself to Fini Blanc, a dessert wine that has 8% residual sugar. I could see myself sipping this wine while eating a large piece of chocolate cake.