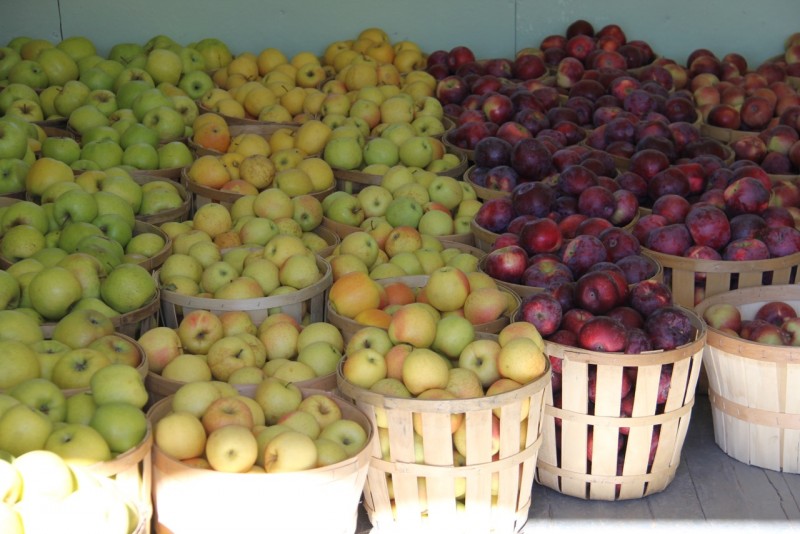 Locally made hard cider is the craft beer lover’s answer to gluten-free needs. Recently, on a trip to Melick’s Town Farm in Oldwick, I was introduced to the newly added Oldwick Cider Works hard cider and fell in love with its crisp, refreshing tastes. The locally crafted cider has subtle notes of apple but tastes no more like apples then wine tastes like grapes. It’s enough to make you rethink your beer fridge.

With so many Americans now shopping for gluten-free items, cider is in demand—it’s naturally gluten free. Melick’s starts by pressing 100% New Jersey apples, and that’s about it. No gluten. No bad juju. It all starts in the orchard where they choose four to six apple types to be blended together. These apples are then taken to the apple press and that juice is then transferred to the fermentation tanks. Once it becomes apple wine, the dead yeast is removed and the apple cider moves to the sanitized tank where it ages for three to six months. From there, the cider moves to the brite tank where it carbonates. Lastly, the cider is hand bottled, labeled and ready for consumption! For the past two years John Melick, co-owner, and cider maker Scott Wyant have been toying with various ways to make cider. Developing a delicious hard cider is no easy feat. From farmer to scientist to master blender, Wyant took on a variety of roles through the cider’s long journey from fruit to glass. While there are as many methods to cider production as there are apple varieties, Melick’s uses fermentation tanks similar to wine tanks. The cider is aged like wine and therefore has the potential to have a comparable complexity.

Just as table grapes are different from wine grapes, cider apples have a different profile than eating apples, often dominated by a single character, such as high acid, tannins or sweetness. Melick’s uses eating apples to make its cider but a cider-specific orchard is on tap for the near future. Cider apples tend to have pucker power and I can’t wait to see what new flavors they will develop! Melick’s just released its first two ciders: Jersey Ginger and 1728 Traditional and it is available for purchase at the farm, located at 19 King Street, Oldwick. I know they have some additional flavors in the works and I am excited to sample their all-local line of New Jersey-made cider as they roll them out!

The cider can be found at all seven Bourbon Street Wine and Spirit locations, and 90 Acres and the Gladstone Tavern as well as Tewksbury Fine Wines, Bishops Liquors, Clinton Wines & Spirits, Central Liquors, Little Brothers, Country Wines and Spirits, and 56 degrees.