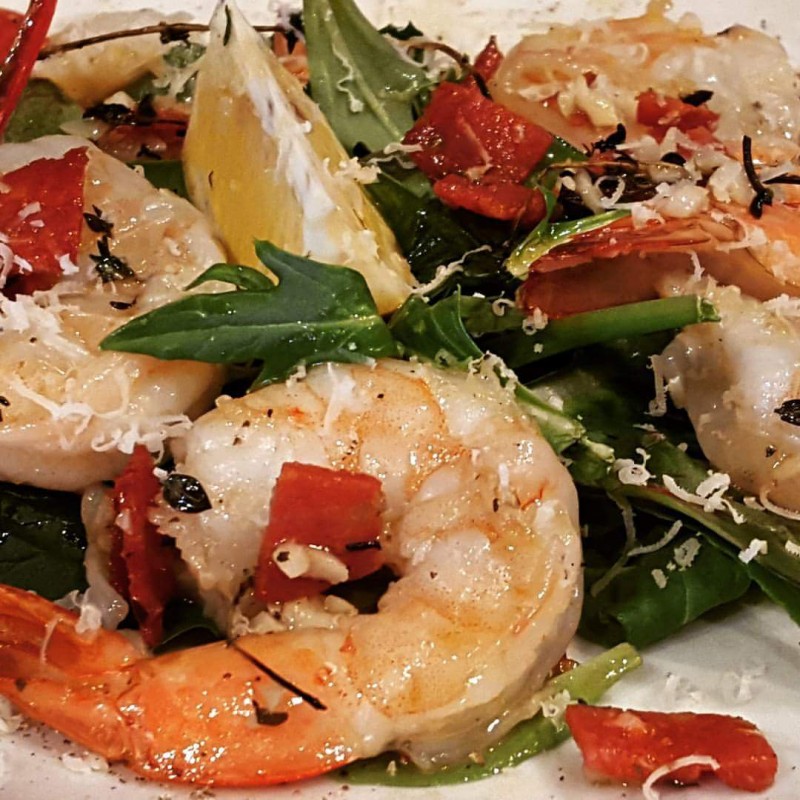 You might say that Jerry Arcieri, the owner of Aquila Pizza al Forno in Little Falls, has an obsession with pizza. After 25 years in the photo industry, commuting in and out of NYC every day, Arcieri fulfilled his dream of opening a pizzeria. But he didn’t just wake up one day and say, “I’m gonna make pizzas!”

While working full time as a photo editor, Arcieri attended the Institute of Culinary Education on Sundays and two nights each week. He earned a culinary certificate and then did an externship at Amano Pizza in Ridgewood (one of a handful of pizzerias in the U.S. that’s certified by the Association of Neapolitan Pizzaiuoli in Naples). And while his stint at Amano gave him valuable insights learning from a master pizzaiolo, he really needed daily hands-on practice. So Arcieri did what any pizza-obsessed person might do: he built his own wood-burning pizza oven in his own Bergen County backyard. He developed his own dough formulation and then, to perfect his craft, he held pizza parties every weekend for a few lucky friends and neighbors. In 2013, Arcieri started thinking about opening a pizzeria, and scouted several possible locations in North Jersey area. In addition, he made pilgrimages to several of the most well regarded pizzerias in the Tri-State area (among them, Santillo’s in Elizabeth, Frank Pepe in New Haven, and Jim Lahey’s Co in NYC).

Arcieri had visited Bivio in Little Falls, one of the area’s premier pizzerias several times and had admired the owner’s dedication to the time-honored craft of authentic Neapolitan pizza. In April 2015, he and Bivio’s owner (Tomasso Colao) reached an agreement for the sale of Bivio and after a few starts and stops, Arcieri took ownership in November.

Bivio was a much-lauded pizzeria in northern New Jersey (yours truly had the privilege of writing the first article about Bivio when they opened in 2011) so taking over such a venerated establishment took some “coraggio” on Arcieri’s part.

But Arcieri was a man with a mission, and with the support of his wife, Sofia, he launched Aquila in early December. I spent some time recently chatting with him about the challenges and surprises of running a restaurant. The oven that was put in place for Bivio, by a Neapolitan master oven builder, is still in place. It has taken a bit of time for Arcieri to learn how to tame the 800° monster. (He also needed to tweak his dough recipe from his original backyard recipe, using only the famous Caputo 00 flour, rather than a mixture of regular flour and 00 flour.) Thankfully, he was able to retain a lot of the Bivio team, so staff management has not been the challenge it could have been. And he’s lucky that the staff is excited about contributing ideas to Aquila’s menu. Whether it is thinking about flavors and combinations for the pizzas, or suggestions for a new appetizer, they are enthusiastic about their work at Aquila.

Arcieri knows a good thing when he sees it, so he kept the core of the Bivio menu, but is slowly adding to the appetizer and salad offerings. Right now, the cheesecake on the dessert menu is made by one the staff, but they will probably expand desserts in the future when the timing is right.

During a visit to Aquila the first week they opened, I sampled the Margherita pizza (a staple on any Neapolitan pizza list). The flavorful basil scattered across the crisp crust, topped with San Marzano tomatoes and house made mozzarella made a simple but delicious dinner.

And while Aquila’s regular pizza menu is small (five or six items), Arcieri also offers one or two specials each week. I asked him how he comes up with ideas for the specials. He said he starts with a base of white or red, then builds from there, always having a vegetarian and meat option. As I write this, the current specials are a Swiss chard, roasted garlic, Gruyere and ricotta pie (white/vegetarian); and San Marzano tomatoes, sausage, roasted fennel, mozzarella and Parmigiano cheeses (red/meat). You probably couldn’t go wrong with either. You may be wondering about the restaurant name (I was). Many years ago, the building where Aquila is housed was home to the Eagle Hotel. In Italian, Aquila translates to eagle. Arcieri named his pizzeria after the hotel, which I think is fitting because it sounds like Aquila will be flying high for the next few years.