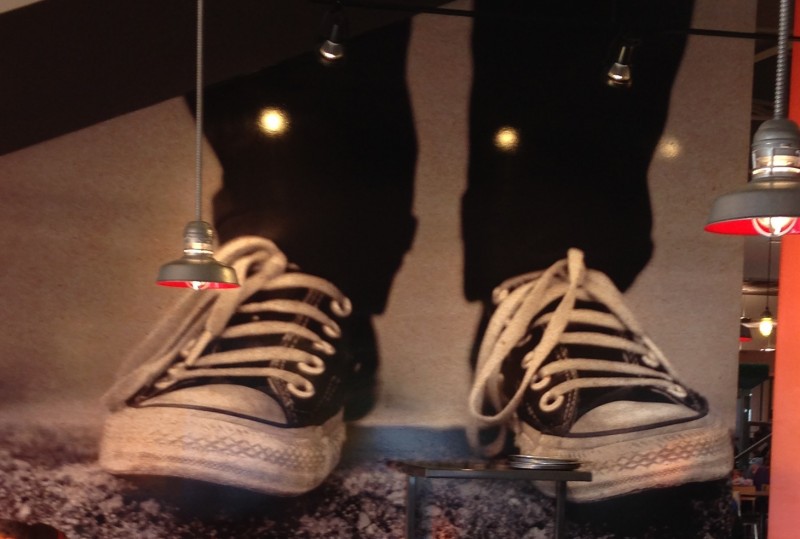 Note: Jersey Bites was invited to visit Blaze Pizza and our writer received a complimentary meal.

Founded by Rick and Elise Wetzel (whose surname may ring familiar…Wetzels Pretzels, anyone?), the first Blaze Pizza opened in California in 2012. A little over a year ago, Blaze Pizza made its entrance into the Garden State and now has four locations statewide: Paramus, Newark, Clark, and Wayne. When they invited me to bring my family to the Wayne location, at the Willowbrook Mall to give it a try, I had two reactions. The first was, “Great! I’d love to check out a new pizza place!” The second was, “Good luck to them, having us there with my three- and six-year-old kids.” Blaze proved me wrong, and I’m happy to report that I have added it to the very short list of restaurants where my kids will happily stay in their seats for the duration of a meal—and ask for more!

The build-your-own design of the menu allows for as much creativity as each guest wants, and several signature options are also available. The task of deciding what to try took us far longer than the hard-to-believe, 180-seconds-per-pizza cook time. But true to Blaze’s word, these pizzas were done in three minutes flat. We tried the following varieties, all of which were super fresh and definitely worth getting again: meat eater (pepperoni, crumbled meatballs, red onion, mozzarella, red sauce), BBQ Chkn (grilled chicken, mozzarella, red onion, banana peppers, gorgonzola, bbq sauce drizzle, and yes, that’s how it’s spelled!), red vine (ovalini mozzarella, cherry tomatoes, parmesan, basil, red sauce, olive oil drizzle), veg out (zucchini, mushrooms, red onion, mozzarella, gorgonzola, red sauce dollops), and white top (white cream sauce with mozzarella, applewood bacon, chopped garlic, oregano, arugula). Aside from enjoying each variety, my husband and I couldn’t get over how reasonably priced everything was. The kids were most into the red vine and BBQ Chkn, but the show-stealer for them was dessert: the s’mores pie/cookie sandwich, which they’re still talking about.

The atmosphere is light and casual, and while the location we visited is at the far end of Willowbrook’s food court, it absolutely does not feel mall-like. The space is enclosed, and the decor is modern and smart. Huge black and white images, like the sneakers shown above, cover much of the wall space, and it totally works. Ian Appell, district manager of the AMPAL Group said, “The artwork supports the look and feel of our restaurants and varies from restaurant to restaurant. Our messaging on the artwork, such as ‘Unconventionally Wise’ and ‘Nonconformists Keep Up the Good Work’ speaks to the environment we create at Blaze.”

Also adding to the atmosphere? One of the friendliest restaurant staffs I’ve encountered. Ever. The employees were not only incredibly helpful at the counter, but also as knowledgable as could be about the pizzas themselves. Save a seat for us, Blaze Pizza—we’ll be back!