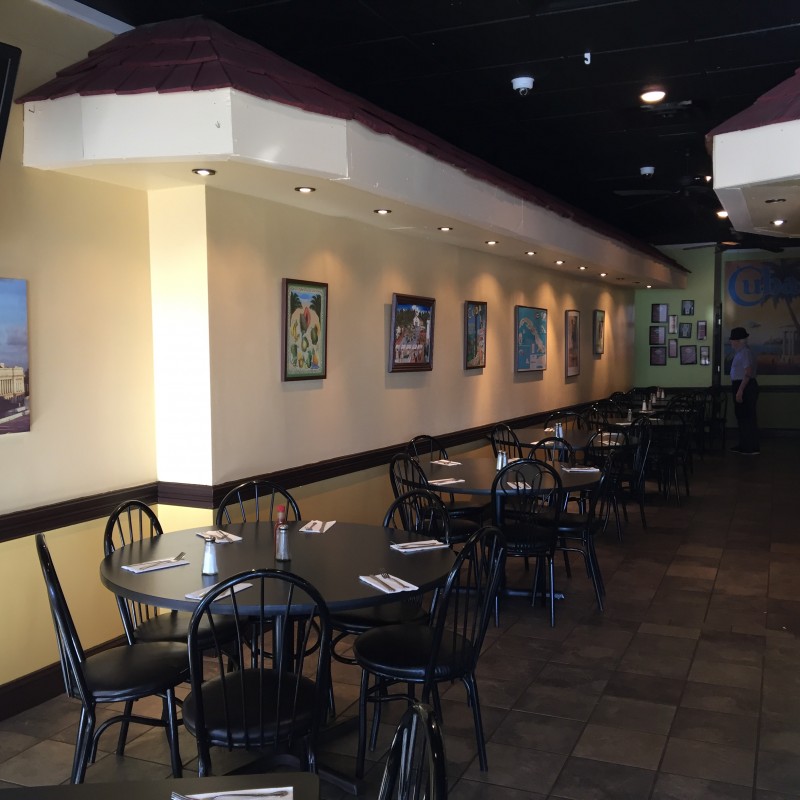 On a recent visit to Martino’s Cuban Restaurant in Somerville, I met the establishment’s executive chef and restaurateur, Ronaldo Linares. Martino’s has been a family business for over 20 years on the city’s bustling Main Street and Linares is also the CEO of his company, Ronaldo’s Cocina. Ronaldo is certainly from a food-centric family. His rustic-meets-refined cuisine draws inspiration from the traditional dishes of his Colombian mother, Aura, an accomplished home cook, and his Cuban father, Martino, a French trained chef. He has four siblings and his brother Martino Jr. is also a chef at the family’s Somerville restaurant.

Chef Ronaldo is the Latino spokesperson for the American Diabetes Association (ADA). The ADA is an excellent source of information and they promote ideas to help people make better food choices whether they are dining in or eating out.

Chef Ronaldo treated us to a delicious salad for lunch—an ideal selection for health-conscious people. Fresh greens and avocado were tossed with a light herb dressing, topped with tender slices of roasted chicken and caramelized onions. The salad, like all of Chef Ronaldo’s healthy recipes, is low in sodium and lowfat. The portion was just right for a tasty meal. He pointed out that many Americans are prone to overeating and portion control should always be considered. The salad we enjoyed was also a great example of roasting meat rather than frying and utilizing plant-based ingredients instead of processed foods.

With nearly 86 million Americans having pre-diabetes, they are at risk for developing type 2 diabetes. Every 19 seconds, someone in the United States is diagnosed with diabetes, making this is an especially important time to learn about prevention of the disease. Chef Ronaldo shared some of his personal health tips. He commented that the Latino population is twice as likely to develop diabetes in comparison to other ethnicities. He is passionate about good health and nutrition and said, “It’s all about family, food and fitness.” He commented that exercise is an important part of his own life that he shares with his wife, Lady, and two-year-old son, Liam.

For more information on the American Diabetes Association and how they are leading the fight to stop diabetes, visit their website or call 1.800.DIABETES. Information is available in both English and Spanish.

Photos are courtesy of Ronaldo Linares.