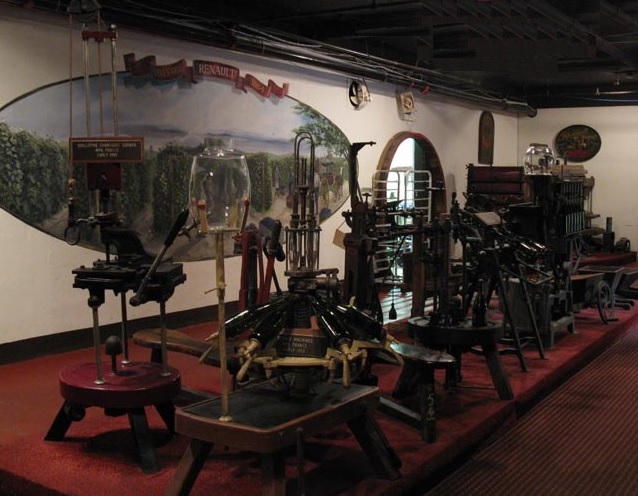 Go 15 miles west of the glitzy casinos, boardwalk kitsch, and crashing waves of Atlantic City, and you’ll find thousands of acres of pine forests, interspersed with small farms. The climate of Atlantic County is similar to that of the winegrowing regions of France and Italy. Since the 1860s, the area near Egg Harbor City has had vineyards, and today there are seven active wineries in Atlantic County. Although I do not have a favorite New Jersey winery, this is my favorite of the state’s wine regions, and everyone I have taken to these vineyards has left very satisfied. The Atlantic County wineries are the largest and oldest in the state, but at the same time, they are all family owned and offer very personal service.

I had the opportunity to interview Joseph Milza, of Renault Winery, and Jim Quarella, of Bellview Winery. Renault (pronounced re-NALT) is the oldest and best-known winery in New Jersey. The winery has a long and colorful history, and in recent years has blossomed into a full-fledged resort with two restaurants, a 50-room hotel, and an 18-hole golf course. In 1864, Louis Nicholas Renault planted a vineyard in Egg Harbor City using vinifera grapes from Europe. Renault Winery started selling wine in 1870, and has long been known for its champagne. During Prohibition, the winery obtained a permit from the federal government to make sacramental and medicinal wines.

In 1977, newspaper publisher Joseph Milza purchased Renault. At the time, the famed winery’s heyday had passed, and sales had slumped. Joe began the transformation of the Renault into a winery resort. In 1983, Renault opened the first of its two restaurants. Around 2000, Milza opened the Tuscany Hotel, and four years later, a vineyard-themed golf course debuted. Renault has an extensive collection of wine glass art and antique winemaking equipment. It is the only winery in the United States to make a blueberry champagne, which has become Renault’s best-selling wine. Milza noted that Renault has been making champagne long enough that the name is grandfathered, and can be called champagne rather than sparkling wine. This year, Renault won the New Jersey Governors Cup for its 2012 Merlot.

Jim Quarella is a fourth-generation farmer with a penchant for innovation. Quarella’s great-grandfather Angelo was originally from Italy, and in 1914 started a fruit and vegetable farm in Landisville. In order to keep up with global competition in the produce market, Quarella planted specialty Asian vegetables in the early 1990s. A full-scale vineyard was planted in 2000, and the following year the winery opened. Quarella stated that the biggest challenge of operating a New Jersey winery is the belief that the state only produces fruit wines or very sweet wines. In fact, dry wines from the state routinely win medals in national and international competitions. While Bellview initially only grew three acres of grapes, it now has 40 acres under cultivation, and sells over 20 different varieties of wine, including ones like Grüner Veltliner and Blaufränkisch, which are uncommon in New Jersey. Their biggest seller is Fiesta, a blend of cranberries and red wine. Bellview is the only winery in the state and one of only a handful in the entire country to make a dandelion wine. Quarella said the wine is based on an old family recipe, and is difficult to produce, but ages very well. The winery is also exploring the use of Marzemino, a rare Northern Italian grape that is mentioned is Mozart’s opera Don Giovanni.

Both Renault and Bellview are members of the Garden State Wine Growers Association (GSWGA), and take part in numerous festivals and events each year. Of the wines that I have sampled at Renault, my favorite is its American Port. Made from Merlot, Cabernet Franc, and Cabernet Sauvignon, the port is strong, smooth, and sweet, and would make for a nice treat while sitting by the fireplace on a winter night. At Bellview, I strongly recommend both the black currant and dandelion wines. Black currant is smooth and effervesces with the sweetness of fruit. Dandelion was just as sweet and smooth as black currant, but with an herbal kick.