Four Steps to a Sexy Sandwich

This sponsored post is brought to you by Deliboy Delivery.

You can’t just shove a bunch of stuff between some bread and call it a sandwich. I mean, well, technically you can, but that’s not the point. Take it from someone who’s spent the better part of twenty years behind a deli counter: there is an art to making a proper sandwich. And it’s one you can master by applying four simple techniques.

Incidentally, when I say deli, I do mean a real deli, where the cold cuts and cheeses are cut by a person, on the spot, 17 seconds after you order and aren’t pulled from a cryo-vac bag packed in a factory four states away two weeks ago, then retrieved mysteriously from a back room.

Four Steps to a Sexy Sandwich

STEP 1: Mayonnaise Likes It on Top

It tastes good, and besides adding a tangy creaminess, mayo performs the important function of acting as a protective barrier so the bread doesn’t get waterlogged or otherwise compromised by the other ingredients. Think of it in terms of waterproofing your deck. You don’t need a kindergartener using an Elmer’s-Glue amount of mayo. You need just enough to create a smooth even layer over the bread, from crust to crust.

If you’re not keen on mayo, perhaps you should try making your own. Really, it makes a world of difference. Plus it doesn’t take a miracle to whip up. (See what I did there?) Find some recipes here. Add reinforcement to the bread protection wall you’ve created by placing greens (romaine, arugula, butter lettuce) on the mayo, which acts as a glue to secure the lettuce to the bread, giving tomatoes and onions a comfy bed to lie on. It also keeps the tomatoes, which are mostly water, from coming into contact with mayo, which is mostly oil. You’ll appreciate this when you bite into your masterpiece and there’s no tomato sliding out the back, executing a perfect back two-and-a-half somersaults in the pike position before landing on your lap.

Since your tomatoes aren’t jumping ship, you might as well give them some company with sliced onions. You can certainly omit these, especially if you’re going into a business meeting or plan on being trapped in an elevator. But I really like the bite a nice slice of red onion gives. Just be sure to cut the rings in half so you don’t end up dragging the onion out of the sandwich as if it’s a poorly made onion ring.

Once the “salad” is complete, add your liquid-based dressing or vinaigrette, if you want. If not, a little hit of kosher salt and pepper will go a long way here.

Incidentally, if you’ve got miscellaneous vegetation—sliced pickles, peppers, cucumbers—wedge them gently in between the folds of the meat(s) so they’re secure. Of course, you could also go Euro and omit the garden stuff altogether. As you’ll see in some of the killer sandwiches below, ain’t no shame in the no veggies game.

In the words of Bon Jovi, we’re halfway there.

STEP 3: Under Cover of Meat

Remember, tomatoes are mostly water. Water is the enemy of cheese, so avoid laying tomatoes directly on top of the cheese. It will melt. And not in a gooey, yummy way, but in a Wicked Witch of the West way. To avoid this, put the cheese under the meat. If you plan on using more than one variety of cheese, first stop reading my diary, and second, be sure to separate them with some meat in between to avoid the “peanut butter” effect. The roof of your mouth will thank you. Let’s say in an alternate universe you were to slather mustard on the top piece of bread instead of mayo. When you bit into that sandwich, the mustard would be the first thing the taste receptors on the roof of your mouth would get. You’d essentially scorch the roof of your mouth with a culinary chemical weapon, leaving it virtually impossible to taste anything else afterwards. The rest of your sandwich would taste like you were biting into an eraser.

Instead, schmear the golden goodness on the bottom piece of bread where it won’t cause destruction but will bring heat, acidity, and a bold kick to wake up your taste buds. Do yourself a favor and get a deli-style or multigrain mustard and leave the day-glow yellow stuff in the door of the fridge. That’s stuff’s only good for two things: making authentic Cuban sandwiches and appearing in stock photos next to ketchup. You’re welcome.

So that’s it. Simple enough right? Now, go forth and conquer that sandwich. But please, get your cold cuts and cheeses from the deli.

How could you possibly go wrong with a hamburger nestled lovingly inside a grilled cheese with sautéed onions? I would argue (and I have) that it’s the greatest sandwich of all time and the yardstick by which all diners should be measured. What isn’t arguable is the fact that if it’s not open 24 hours, it’s not a diner. It’s a restaurant. But that’s a story for another time. Bon Appetit magazine has a tremendous version here that’s tough to beat. Personally, I like to go with white American cheese and provolone but the cheddar/Swiss variation they’re using won’t draw my ire.

Choripan
Admittedly this one is a bit esoteric, but nonetheless delicious if you can get your hands on one. Consisting of a grilled sausage made out of beef and pork, split down the middle, and served on a crusty roll with chimichurri, this sandwich will give your traditional ballpark-style frank a major inferiority complex. Having grown up in a household featuring Argentine immigrant parents, this was and continues to be a staple of grilling, or asado, season.

Prosciutto Panino
Although I’m wary of calling anything a “classic,” you’d be hard pressed (see what I did there?) to find a sandwich more worthy of the title. I mean, picture yourself in Italy eating a sandwich right now. What does it look like? I bet it’s got thinly sliced Prosciutto di Parma, homemade fresh mozzarella cheese (and maybe some marinated roasted red peppers and a drizzle of either real balsamic vinegar or extra virgin olive oil) on some kind of crusty roll or focaccia. It’s meat, cheese, and bread. It’s textbook sandwich.

Roast Beef & Cheddar Pub Style
Roast beef (rare, of course) sliced thin and piled high. A couple of slices of sharp cheddar cheese topped off with fresh tomato and red onion and served on a toasted onion kaiser roll with horseradish sauce and a side of au jus. Wash it down with a pint or two of an adult beverage and you’re good to go. Josh Gryvatz ostensibly grew up in the food business. From stocking shelves and sweeping floors in his parent’s small New York convenience store at age eleven to now almost thirty years later, taking his passion for everything culinary one step further feeding you door-to-door with Deliboy Delivery. 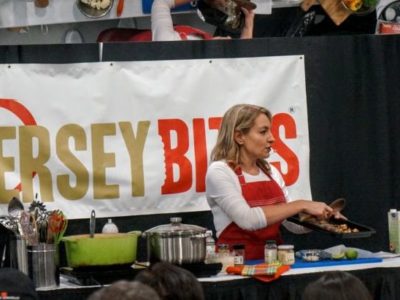 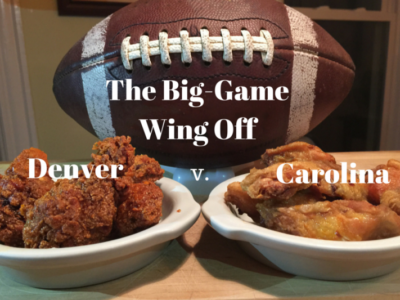 The Big-Game Wing Off: Denver vs. Carolina Style 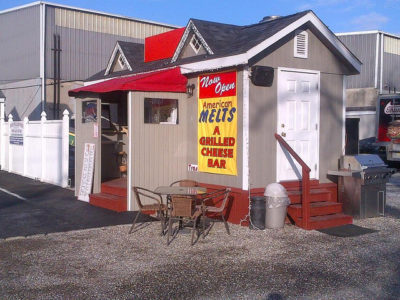 American Melts in Kenilworth: Grilled Cheese Heaven
Nosher Rye in Allendale, Something to Kvell About
About The Author