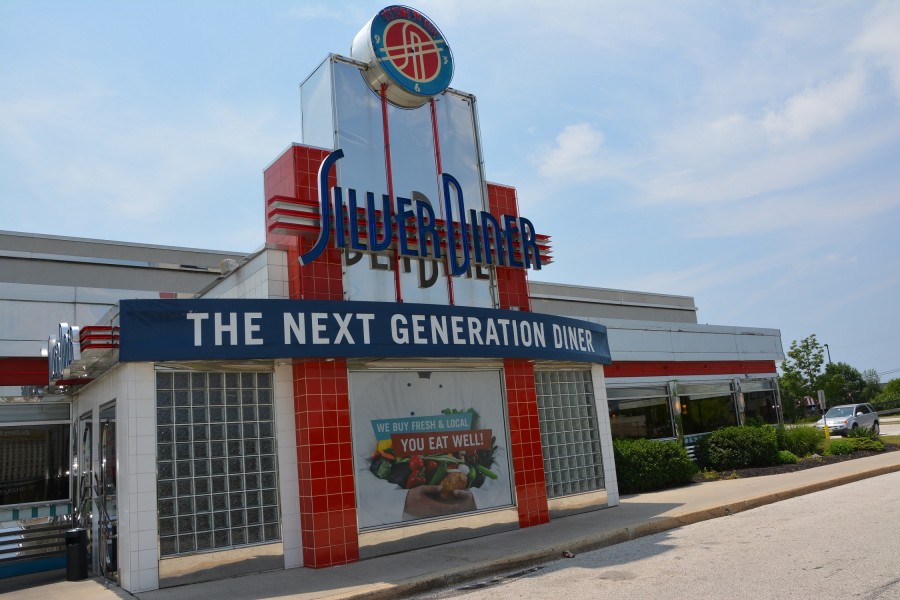 It was a warm, sunny Monday afternoon, and I was ridin’ the trails out west in Cherry Hill, in the saddle of my…SUV, when I had a powerful hankerin’ to rustle up some good ol’ bison grub.

OK, I’ll admit it—I don’t have a very convincing Texas accent and I would make a lousy cowboy. And that day I really didn’t have a hankerin’’ for bison—at least not until I walked into the Silver Diner, located on Route 38 in the Hillview Shopping Center in Cherry Hill.

First, a little background info on the Silver Diner. It is a diner, but it’s also a restaurant chain that was launched in 1989 by founders Robert Giaimo and Chef Ype Von Hengst. The first Silver Diner opened in Rockville, MD. There are a combined 14 Silver Diners in Maryland and Virginia. The diner in Cherry Hill (number 15) is the only one in the Garden State. The basic concept behind the venture is to capture the “retro” charm and look of a stainless steel roadside diner while providing a contemporary menu. The Silver Diner’s “food philosophy,” as spelled out on its website is to create classic diner dishes, but also provide “new twists” with vegetarian, vegan, and gluten-free options. The franchise also touts its sourcing of fresh food from 15 farms in the mid-Atlantic region as a way to support sustainable agriculture.

It was lunchtime and it felt like a good day to be mildly adventurous, so the bison huevos rancheros was an inviting selection. The dish featured ground bison topped with two, over-easy Amish eggs (from a Pennsylvania farm, I presume), chorizo hash, goat cheese, salsa, guacamole, cilantro and scallions, all complemented by three soft, multi-grained tortilla chips.

It was absolutely delicious.

Having never sampled bison, I tried to isolate its qualities compared to ground beef. In terms of texture, it was very similar to beef, but the bison meat was moist, light and had a salty-sweet taste—not gamey at all. I consulted my attentive waitress on all this and she told me that my bison observations were right on target. In fact, she had assured me I would enjoy this dish while I was pondering my options for lunch, and I certainly did.

Coffee, served in a large mug, was up to snuff. Continuing to push the envelope on my meal, I decided to toss caution aside and go big on dessert—bread pudding. It was a warm, heaping helping of moist bread chunks covering a savory sweet mixture of apples and cinnamon, drizzled with carmel syrup and topped with vanilla ice cream. Very nice. I ate half and brought the rest home, which I enjoyed as a late-night snack.

As for diner atmospherics, the Silver Diner’s interior is spacious and comfortable with soft lighting and numerous booths. The designers did their homework, as evidenced by the long cultured-stone counter. Sitting at the counter provides customers with an eye-level view of the kitchen—where flames leapt, food sizzled, and cooks smiled.

Other architectural highlights include a two-tone blue and white tile floor, glass brick appointments, neon signs, and stainless steel throughout. Jukeboxes are a nostalgic touch. In addition, there are numerous photo prints of vintage diner scenes provided by historian and author Richard Gutman, the dean of the study of diner history Americana. (Gutman is the director and curator of the Culinary Arts Museum at Johnson & Wales University, in Providence, RI.)

If there are plans for a sixteenth Silver Diner in the works anytime soon, let’s hope the decision makers consider finding a site in northern New Jersey. Now that’s something any diner-loving, Garden State cowboy would appreciate.

(Across from Cherry Hill Mall)