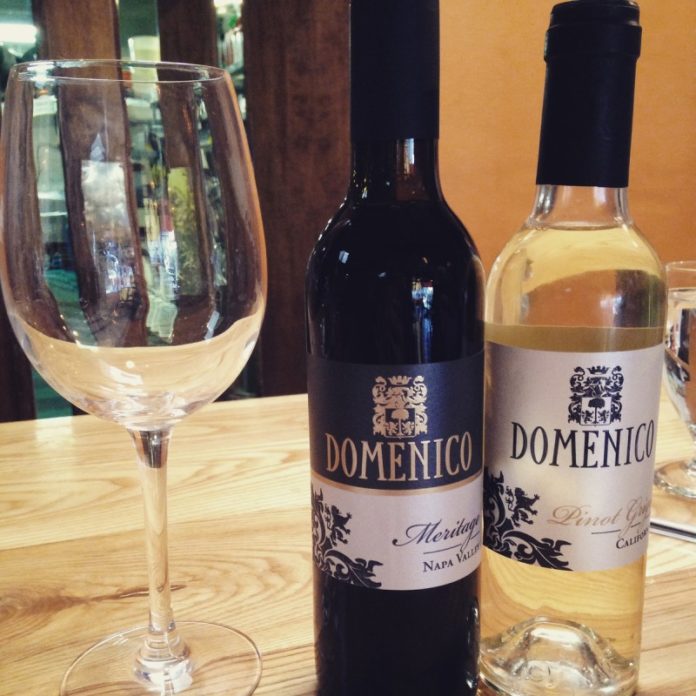 The Pinot grigio is crisp. The chardonnay is not overwhelmingly oaky. The Syrah is full bodied, and might be the best I’ve ever tasted, while the Meritage merlot is full bodied and quickly made it to my favorite hits list. What makes these wines even more spectacular, besides their impeccable flavor, is that they’re made by a New Jersey native who flew west to follow his dreams of wine. Following in his grandfather’s footsteps, Dominick Chirichillo continued the Italian tradition of winemaking, making delicious wine in the basement. After tasting success in 1989 when his homemade Barbera took second place in an amateur competition in California, he decided to turn his passion into a business, opening up the very first wine school in the country. He opened Bacchus Winemaking Club in Toms River, named after the god of the grape harvest, winemaking, and wine (apparently he’s a lot of fun at parties because he’s also the god of ritual madness and theater).

Chirichillo’s passion for wine didn’t stop there. In 1997, his family moved to California to learn more about winemaking and in 2001, he purchased his own eight-acre vineyard in Amador County where he grows Syrah and his flagship grape, primitivo which according to Chirichillo, “can be genetically retraced to the Italian shores of the Adriatic Sea.”

A few years later, he leased an additional 59 acres, growing eight more grape varietals including Aglianico, one of the oldest grapes in Italy, Nebbiolo, and the infamous, Sangiovese. In 2005, Chirichillo saw additional success, with the release of Domenico Winery, his first commercial brand of wine. He also brought some New Jersey flavor to California, opening up a Bacchus Winemaking Club in San Carlos.

This New Jersey native’s dream of pursuing his passion for wine has continued to grow, as he welcomes another brand, Gloria J.Wines, named after his wife, to the table. Between the two brands, you’ll find a number of refreshing and crisp whites, sweet roses and sangrias, and my favorite, medium to full bodied reds such as Pinot Noir, Zinfandel, and Super Tuscan.

“Our style of winemaking is fruit forward, big, bold reds, fresh and fruity flavors in the aromas of the grapes,” said Chirichillo been ranked seventh nationally for winemaking excellence by the American Wine Society.

“Now we make a lot of Italian varietals that sets ourselves apart from other wineries including Barbera, Nebbiolo, Montepulciano, and Nero d’Avola,” said Chirichillo, who has continued to win awards for Domenico Wines.

For those looking to get a taste of Domenico and Gloria J. in New Jersey, there are two options. The first is to head to Bacchus Winemaking Club in Toms River where you can sample, purchase, and make wines. While you’re there, sign up for the wine club, through which you’ll receive new bottles every quarter at deep discounts. Chirichillo even shared that many of the specialty wines are only available through the wine club including the flagship Primativo wines.

The second option: dine out at your favorite BYOB, including Gaetano’s in Red Bank; Brandl in Belmar; Valentino’s in Freehold, and Palazzo in Montclair (among others), and purchase wines from Domenico or Gloria J. for your meal, in half and full bottles.

Recently I had the opportunity to sample four wines, two from Domenico and two from Gloria J. at Brandl’s with Domenico Winery’s New Jersey Regional Sales Manager John Annunziata on a wet afternoon. He led me through each wine, sharing its profile, what it goes well with, and what grapes were involved. I really enjoyed all of them and as I mentioned, the Syrah was one of the best I’ve tasted.

It’s a story where the east and west meet in a beautiful and tasty collaboration of wine genius. Oh and by the way, we all have an open invitation to visit Chirichillo in California anytime. He’s always looking forward to sharing his love of wine, especially with his fellow New Jerseyans!