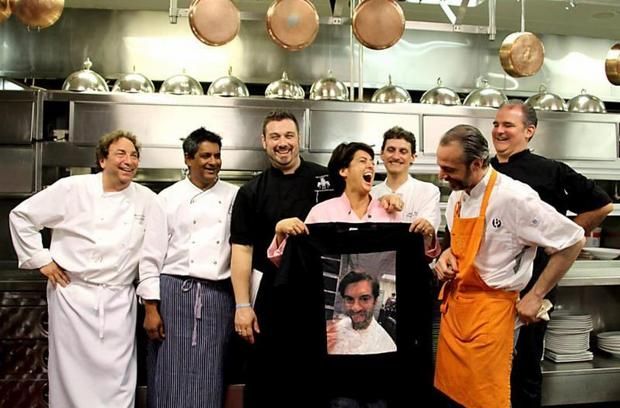 The Montclair Food & Wine Festival festival returns Monday, with events throughout the week and a most impressive roster of restaurants and chefs.

Scheduled events are as follows:

The festival kicks off on Monday, June 8, with a gala dinner at The Manor in West Orange. The dinner begins with an amuse-bouche series, which features different bites from local chefs and their restaurants. On display will be the culinary talents of chefs Francesco Palmieri of The Orange Squirrel, Zod Arifai of Blu and Next Door, Meny Vaknin of MishMish, and Thomas Ciszak of Chakra and Blue Morel.

Guests will also be treated to many other great dishes throughout the night, prepared by some of the state’s top chefs. Here’s a look at the lineup.

Special presentations will be made at the reception by FIN Raw Bar & Kitchen and Nicolosi Fine Foods, with wine pairings being offered by Amanti Vino. Tickets are $175 per person.

The festival continues on Thursday, June 11, with the Kitchen Book Party & Bites, which features stars of Food Network’s The Kitchen. The outdoor Bourbon & Biergarten is scheduled for Friday, June 12, at 7 p.m., at the Montclair Art Museum.

On Saturday night, the festival concludes at the Montclair Art Museum with the Grand Tasting, a culmination of the state’s most delicious and diverse culinary offerings. Tickets are $95 per person, with V.I.P. tickets costing $135 each.

With 27 vendors in total, the Grand Tasting is sure to have something for every palate, with restaurants including Mausam, Java Love, Fricassee, and Miss Nicky’s Gourmet Toffee. A full list of the night’s participants can be found here.

The Montclair Food & Wine Festival is a nonprofit charity, with proceeds from the festival going to St. Joseph’s Children’s Hospital, Intensive Therapeutics, and the Montclair Academy for Culinary and Hospitality Excellence (MACHE).

Jersey Bites is an online media partner of the Montclair Food & Wine Festival.

Alex Esposito once had dreams of becoming the next Joey Chestnut, but realized that savoring each bite is truly the best way to enjoy a meal. Born and raised in New Jersey, Alex has enjoyed some of the best pork roll (not Taylor ham!) sandwiches the Garden State has to offer, and has made more than his fair share of late-night diner runs. His eating expeditions are documented at his blog, Euphoric Eats. A senior at Rutgers University majoring in journalism, Alex is a member of the student-run radio station, WRSU, where he calls the play-by-play for various Rutgers sports. He isn’t sure where his future lies, be it in sportscasting or food critiquing, but as long as he gets to do what he loves for a living, he’ll be happy. (And as long as there’s a milkshake waiting for him at the end of a hard day’s work.)