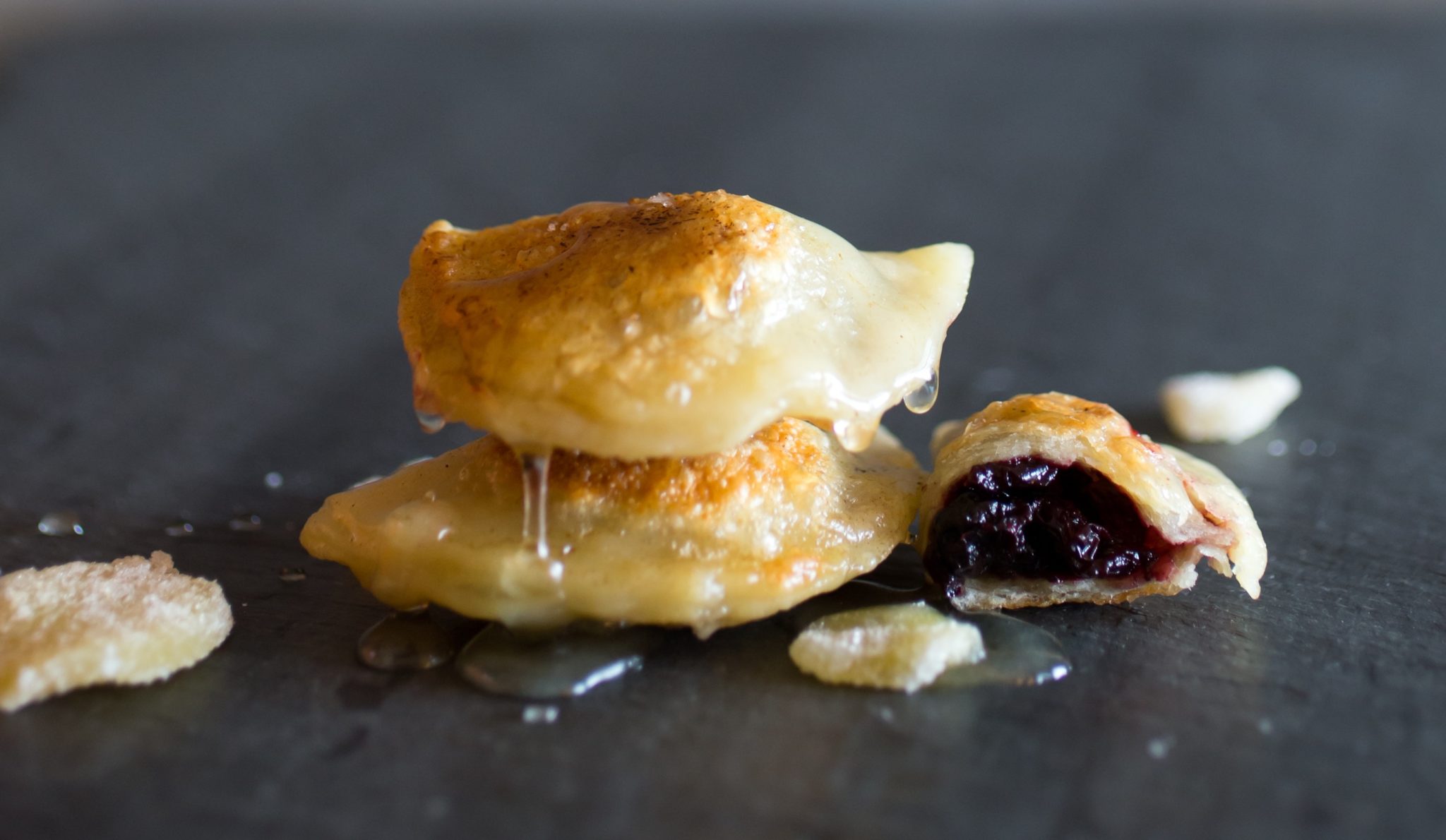 “She’s a genius!” Actually there was an expletive thrown in there, too. After laughing at my sister’s language, I have to agree. New Jersey resident and writer Casey Barber releases her latest cookbook, Pierogi Love: New Takes on an Old-World Comfort Food, this week and one glance inside, you’ll be seconding my sister’s (full) comment. “This is not the cookbook to show to your Polish grandma,” jokes Barber, whose creations include everything from savory Reuben Pierogies – her favorite, which was a “middle-of-the-night brainstorm” – to sweet pierogies that pay homage to Elvis. It’s a little bit something for everyone that loves pierogies. (And really now, who doesn’t love pierogies?)

“Every culture has a dumpling, but pierogies aren’t as well known,” says Barber. The editor of Good Food Stories also shares that she wants the pierogi to become as well loved as the ravioli.

Barber is Italian, and notes that not being Polish likely made it a little easier to turn out recipes that are definitely out of the traditional box. Barber was used to eating pierogies at pot lucks and music festivals where her intrigue grew and grew until she just couldn’t help herself anymore – a cookbook had to be written.

With no idealized recipe standard for pierogies (if it were a book about ravioli, it would have a been a different story), Barber set out to turn one of her favorite foods into something that you could eat all day long. What Barber created in Pierogi Love takes pierogies to a new level, a level that I want to go to (both despite and because of my Polish heritage).

She starts with the dough. (For those who are terrified of dough, don’t worry! Once you get the hang of it you’ll have no fear.) Barber found that she prefers using Greek yogurt instead of the traditional sour cream because it creates a more delicate and tender dough. Barber also shares a few dough variations including savory, sweet, and even gnocchi dough (there’s the Italian in her). Of course, she starts out the way you’ve probably had or seen pierogies – potato and cheddar, sauerkraut, beef, and pork – but then, things get a little crazy. And I’m talking the kind of crazy that you want to be a part of. Philly cheesesteak pierogies. Saag paneer pierogies. And even cheesy pretzel pierogies, which she says were her toughest recipe to perfect.

“It’s the first recipe that I tried and then it took me about the full six months to get it,” says Barber, who definitely cracked the code by doing the unthinkable – baking the pierogies.

“It’s all your favorite ideas of what comfort food is, wrapped into a small bite package,” says Barber. “It’s warm and wonderful and highly addictive.” And when she says addictive, she’s not kidding. I’ve already tried a few of the recipes in this book and I can’t get enough of these little pockets of joy. One of the best things about pierogies is that you can spend a day making a whole bunch, put them in the freezer, and pull them out when you want a snack. Dinner, breakfast: they work for any meal!

So what’s up next on Barber’s list? The rhubarb pierogi, for which she says she hasn’t yet cracked the code. But don’t fret: She’s back in the kitchen working her pierogi magic. And in the meantime, you have plenty of pierogi recipes to try out.

Pierogi Love: New Takes on an Old-World Comfort Food will be available Wednesday, July 1. If you preorder the book, head to her website GoodFoodStories for access to a free e-book. She gave pierogies love, now it’s time for you to give them some much needed love too.