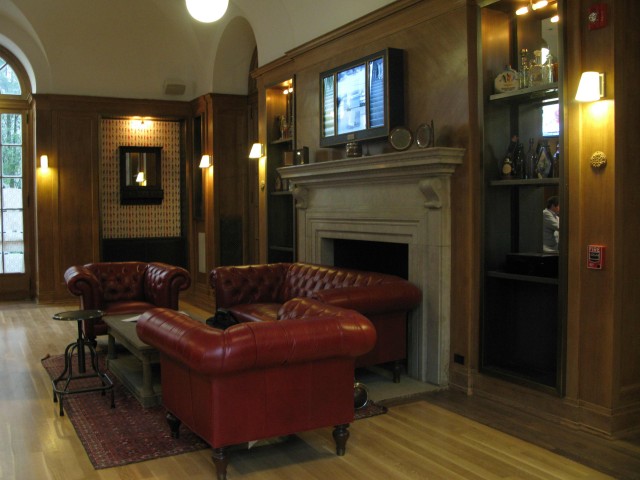 The high-wattage restaurateur’s newest endeavor, Jockey Hollow Bar & Kitchen, opens its doors in Morristown today and if you love food, it’s an experience you won’t want to miss.

There’s already been plenty of press about the multi-million-dollar facelift given to the historic Vail Mansion to create this new four-part concept restaurant, and Inside Jersey magazine has already named it among the state’s 10 most important restaurants. As the opening date slipped from September into October, eager foodophiles have been buzzing about when they’ll finally get the chance to walk through the doors. Well, the wait is over.

What can you expect when you visit Jockey Hollow? Chris Cannon promises stylish surroundings and spectacular dishes, casual elegance and a celebratory atmosphere. “The whole point is the juxtaposition of formality and accessibility,” he explains. “I want people to come in and try something new. Have a dozen oysters and a beer for under $20. It’s accessible.”

Cannon, who spent years making his name in the NYC dining scene, is committed to establishing destination dining that draws deeply on location. “We’re going to make New Jersey into a totally different destination,” says Cannon. With a farm-to-table approach, the menu crafted by Executive Chef Kevin Sippel will feature produce from Ralston Farm in Mendham and oysters from Forty North Oyster Farms in Mantoloking, while the extensive bar offerings will include Ramstein beers from the High Point Brewery in Butler among its selections. Desserts will be created by Morristown’s own Andrea Lekberg, who helms The Artist Baker, and acclaimed NYC pastry chef Erica Leahy.

“When you go to the greenmarket in New York City, 80% of what’s there is from New Jersey, and New York manages to take credit for most of it. That’s total bulls—t,” Cannon cracks. “I’ve opened a lot of restaurants. The most beautiful and most resonant is here. We’re celebrating culture, celebrating New Jersey.”

The Oyster & Wine Bar is now taking reservations for dinner. Lunch service will follow shortly, and the official opening of The Dining Room at Jockey Hollow will not be far behind. General Manager Ron Morgan explains that “four weeks or so from now, we’ll begin holding private events in the downstairs Rathskeller. Last to open will be the Dining Room upstairs, which we plan to launch in November just in time for the holidays.”

With the opening being today, it’s a great moment for me to share a sneak peek at what awaits you inside the lovely Vail Mansion. As a lucky guest invited to a recent media event, here’s what I found: 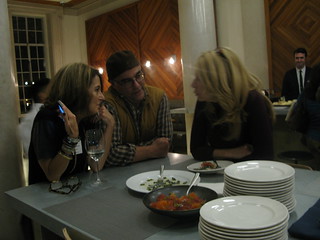 Jockey Hollow Bar & Kitchen is destined to be a hotspot, even in a town that already boasts a vibrant culinary scene. Comparisons are being made to Peapack’s Ninety Acres and its “table at the farm” aesthetic, but Cannon’s vision is to create something entirely unique. He tosses off references to established Manhattan icons like Balthazar, Blue Hill, and Blue Ribbon but is firm in his conviction that Jockey Hollow will carve its own niche in the greater metro area. “This will be the most fun place not only in New Jersey but in New York, too!” he proclaims with a wide, welcoming smile.