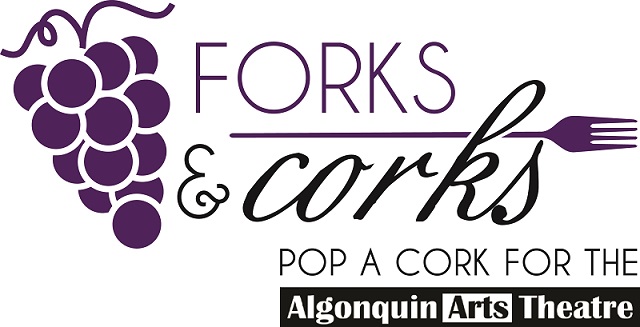 JerseyBites is a proud sponsor of Forks & Corks.

Reserve your tickets TODAY for the Algonquin Arts Theatre’s second annual Forks & Corks, A Food, Wine and Beer Tasting, at The Mill in Spring Lake Heights, on Monday, November 17, from 6 to 9 p.m. Don’t miss this unique opportunity to sample artful dishes from area restaurants as you enjoy a delightful array of premiere wines, beers and inventive cocktails from local distributors.

Forks & Corks promises to be an epic evening for anyone who is a fan of the edible arts and offers an exciting glimpse of the delectable options in the Jersey Shore area! It should be noted that all funds raised will support the Algonquin Arts Theatre’s educational programs and performances. All attendees must be 21 years or older.

Here are profiles of just a few of the nearly 30 vendors who will be serving up their best bites on November 17.

rook Coffee: A visionary coffee company complete with multiple coffee bars throughout New Jersey, a roastery and distribution center, a bottled cold brew business and an online retail business that serves New Orleans-style cold brew, which is a blend of fresh roasted dark coffee and chicory.

East Coast Beer Co.: Brian and Merk were high school buddies—Class of 1991 to be exact. They went on to attend the same college and attain similar careers. Their jobs in high-tech enabled them to enjoy quite a lot of travel both domestically and internationally, and they were able to see many cool places. Best of all they got to take in a lot of the local customs and cuisine, namely the local beer.

It was on one particular flight in early 2007 that Merk began reading the book Beer School, by Brooklyn Brewery co-founders Steve Hindy and Tom Potter. By the time this flight had landed Merk had decided that it was his destiny to establish a Beer Company at the Jersey Shore and help create an identifiable style to call its own. He immediately brought the idea to longtime friend Brian and together they established East Coast Beer Co. The next 2+ years were spent brewing, writing business plans and garnering local support. In November of 2009 they quit their current jobs and started up East Coast Beer Co. full time. Along with the support of some very talented and dedicated individuals, they released their first brew, Beach Haus® Classic American Pilsner in Summer 2010.

This unique pre-Prohibition, American-style Pilsner was once prevalent throughout the American brewing landscape, and the boys were proud to bring it back. Beach Haus Classic American Pilsner is made purely of ingredients found in America, just as the early style demanded. They took great care in selecting and using hops and malts native only to America. Smooth, golden and full bodied – it’s a New American Classic.”

Exclusiv Vodka: Born in the Ukraine region of the former USSR, Serge Chistov moved with his family to Moscow when he was seven years old. Even as a young boy, Chistov dreamed of one day moving to America. Just over a decade later, Chistov and his wife fled a collapsing Soviet Union for Israel, one of the few places the Soviets had approved for emigration. “We had to surrender our passports at the border, effectively giving up our citizenship,” Chistov said. “They let us take $300.00. My wife was eight-and-a-half months pregnant and we were going to a land whose language we didn’t speak and whose culture we didn’t know. We knew no one there and it was a frightening time.” After a few years and more political turmoil in the region, Chistov and his young family finally reached the U.S., settling in New Jersey, where they already had family and friends. Chistov established a career as a financial advisor, and during this time he began to formulate the concept that would eventually lead to Exclusiv Vodka.

Since 2006, Chistov has worked tirelessly and almost singlehandedly to bring Exclusiv Vodka to the U.S. “We really want to deliver the best value possible to the American consumer,” he said. To that end, Exclusiv has not relied on celebrity endorsements or a even a more traditional marketing campaign. “We’ve streamlined the manufacturing process and have eliminated non-essential pieces in the distribution chain,” he said.“We have put that money back into the quality of the product. Our goal is to over-deliver on value compared to other products on the shelf.” To date, this strategy has brought Exclusiv Vodka to the forefront of the sprits industry. Many awards have been bestowed for our classic taste that is economically friendly.

McLoone’s Pier House’s Executive Chef Joe Racioppi takes his vast culinary experience and pride into preparing some of the most scrumptious of dishes at the Jersey Shore. While the menu offers American cuisine, Chef Joe is most famous for his Crab Cake with broccoli slaw. Racioppi is a graduate of Culinary Institute of American and former owner of Racioppi’s Kitchen in Red Bank.

Before Nov. 1: $65 per person
After Nov. 1: $75 per person
VIP Table Sponsor: $700 (Includes reserved table seating for 10 and special commemorative gift for each guest. Limited quantity of tables available. Reserve yours today!)