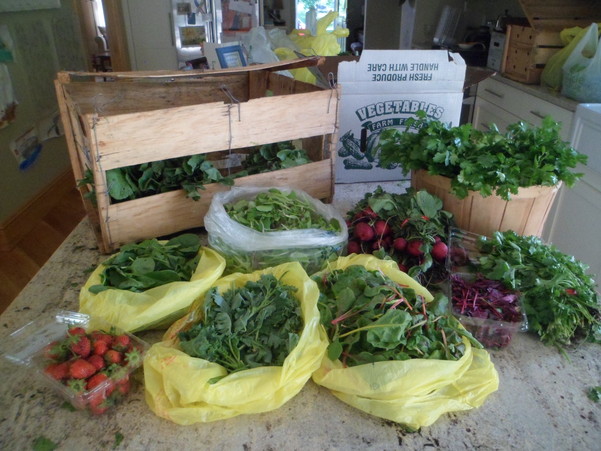 Anthony Bracco, owner of Bracco Farms in Pine Island, NY, grows produce that’s organic—never grown from GMO seeds and never gets treated with commercial herbicide or pesticide. Bracco Farms offers farm-fresh fruits and vegetables through a Community Supported Agriculture (CSA) program that runs until November 4, 2014, with bi-weekly pickups in Cedar Grove, at the farm in Pine Island, and at the newly-opened Denville Meat Shop.

A great explanation of how CSA shares work is on the farm’s website. And while the season began in early June, it’s not too late to sign up now and receive pro-rated pricing through November 4.

“I’m also excited to have five varieties of beets, edible flowers and watermelons – as always started from non-GMO organic seeds,” he noted. “We’re also expanding our herb selection to include chervil, dill and fennel in addition to our basil, cilantro and parsley.”

For more information or to keep up with Bracco Farms all the time, visit the Bracco Farms CSA Page on Facebook. Looking for something to do with all those radishes? How about pickling them? Check out Chef Jeffrey Orel of Denville Meat Shop’s recipe here. (And there’s another CSA breakdown here, if you want even more details on how it works!)