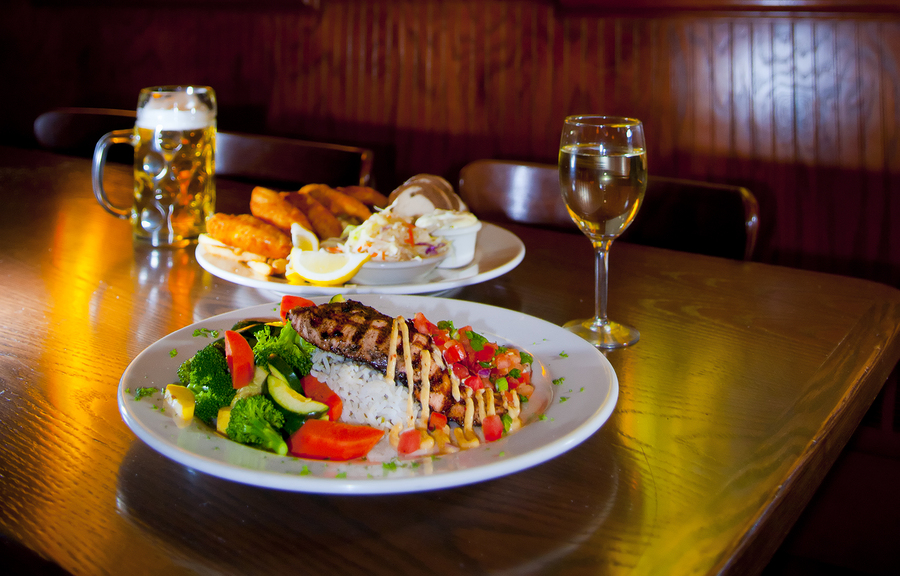 New Jersey, along with the rest of the east coast, competes on the world stage to get the most productive and diverse seafood landed on its ports. New Jersey has six main ports; Atlantic City, Barnegat Light, Belford, Cape May, Point Pleasant and Port Norris. According to the National Marine Fisheries Services, four of those ports rank in the top 50 in the country in terms of the value of their seafood harvest.

Clearly, the Garden State isn’t just about the tomatoes. Here are some tips for getting the most of what King Neptune has bestowed upon New Jersey.

Let’s start with the light, flaky fish. Fluke, flounder, porgy and black sea bass area all available, locally, for the rest of the summer. These types of fish have subtle and delicate flavors, so you don’t want to overpower them. The old saw about pairing white wine with fish does apply here. Chardonnay and Pinot Grigio are obvious choices. Going beyond the obvious, though, how about a crisp and dry Loire Valley Muscadet? Floral and fruity through the nose to the tongue make them well suited to lighter fare. For beer, keeping it light and crisp is a good idea as well. Versatile Saison is an easy one. Saisons are refreshing but can be complex as well. Many Americans aren’t familiar with the German Kolsch style of beer: it’s an ale masquerading as a lager, which is low on bitterness and is delicate enough for flaky fish.

New Jersey fish markets are also filled with meatier offerings this time of year. Blue fish, monkfish, mako, swordfish, and blue fin tuna all fit into this category. The heavier texture (almost steak-like) make them great for grilling and heartier pairings. While an oaked Chardonnay is a nice companion, a dry Lambrusco might be even better. It’s a red wine with a little bit of sparkle (to scrub your palate for richer dishes) and is refreshingly fruity. You definitely want the dry, or Secco, version. There is a sweet variety of Lambrusco that would not work in this arena. An American pale ale has a similar palate-cleansing effect as the Lambrusco and works well with stronger fish. If you’re grilling, a dark German Weissbock will add a roasty malt complement and some spicy clove notes that would frame these fishes nicely!

Now we come to summer on a shell. Scallops and surf clams account for the vast majority of the value of New Jersey’s landed catch. Maryland might think they have the market cornered on blue crabs but we have them, too. If that’s not enough, oysters are around all year long. Irish dry stout is a classic pairing for them but a puckering Flanders red ale provides a nice twist. A powerful and earthy white Burgundy would hold up well with oysters, but the dry citrus of a Sauvignon Blanc can brighten up the lighter shellfish. As for beer, you can’t go wrong with a crisp, clean pilsner. If you want to add some complexity, a Belgian triple has clove and banana notes that match up with sweeter shellfish.

If all of this has your head spinning, don’t worry. Pairing beer and wine with seafood is an essay question—not multiple choice! Some answers are just more right than others. Here at the Atlantic City Bottle Shop, and in the Iron Room, we source local seafood from Cape May and Barnegat. We also have a knowledgable staff to help you zero in on an answer you will be more than happy with.

Here are some selections from our wine list (for beer, check our rotating tap and bottle list, here.)

Paul Tonacci is Managing Partner of the Atlantic City Bottle Company, which has a seasonal menu, small-plate restaurant helmed by Chef Kevin Cronin, and a packaged-goods store specializing in wine, whiskey, craft beer. The specialty spirits store is Taste In or Take Home. Voted Atlantic City’s Best Restaurant by Trip Advisor. Check them out on Facebook and Twitter.